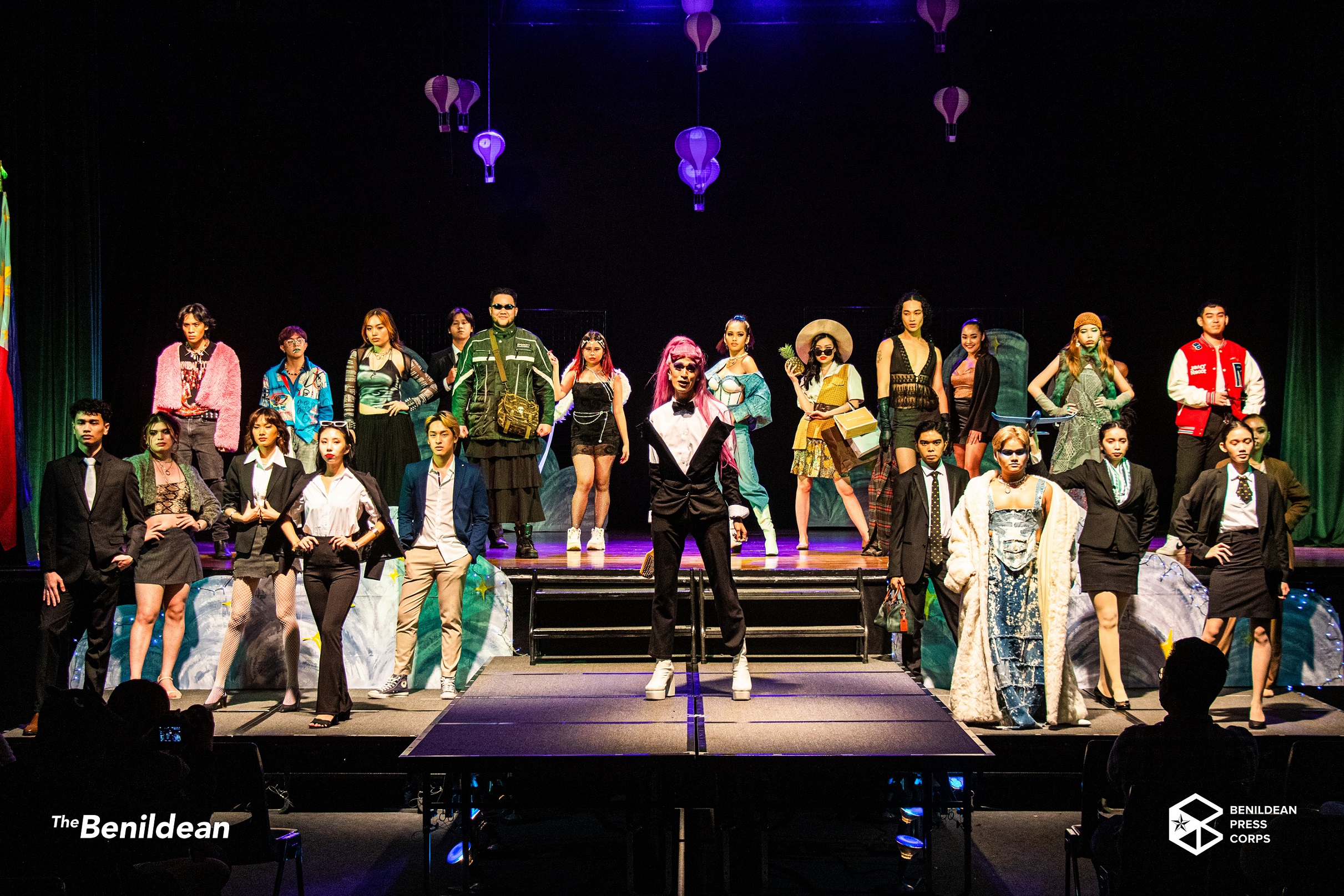 Be enchanted once again as INTERAKTIV 2.0 welcomes ID 122 students

Benilde reopened its gates to welcome a new set of frosh as they commenced their enchanting college journey with INTERAKTIV 2.0.

ID 122 students experienced the extraordinary Benildean spirit as the Student Trainers (STRAINS) brought the magic of INTERAKTIV 2.0 to life on Jan. 7 at the three Benilde campuses. The event is a continuation of INTERAKTIV 2022 held last term—reentering the world of enchantment.

In an interview with The Benildean, ID 121 AB-Film student and INTERAKTIV 2.0 Project Head, Jana Maxine Villa, expressed that, “After two years of having INTERAKTIV online, it’s about time to allow our Benildean frosh to explore what’s behind the gates of the three main campuses. The objective for this year's INTERAKTIV is to reestablish what we had before the pandemic whilst also integrating online culture and engaging virtually.”

Unlike its first launch, INTERAKTIV 2.0 only reemerged for one day given the lower anticipated number of participants this time around.

The orientation commenced with a warm welcome and registration at Greenway Square before students were ushered to their assigned classrooms on the 5th floor of the Taft Campus. All programs had their orientation simultaneously but were segregated according to their school. This is where the students were allowed to get to know their fellow frosh and orientors through a series of games and collaborative activities. They were also briefed on what they needed to know as they kick-start their college experience as Benildeans.

A few of the icebreakers included a bingo game and a group cheer composition, which allowed the frosh to mingle with each other. A copy of the updated orientation video will also be sent to the frosh’s emails to make sure they are ready to face their first week of classes.

Frosh, along with their orientors, were transported by Benilde’s very own e-jeep to hop from one campus to another. Each booth included a campus introduction, an activity, and a campus walk, with the different groups taking turns.

Students were brought to the UN Simulation Room in Taft Main Campus where they were taught basic sign language by Benilde’s School of Deaf Education and Applied Studies (SDEAS) orientors.

The next stop was Benilde’s crown jewel: the DAC. Frosh students were escorted to the main theater on the 5th floor and were led to a portal featuring the infamous staircase containing Filipino Contemporary Artist Doktor Karayom’s exhibit titled “HINDI TOTOO.”

Last but not the least, booth orientors welcomed the students at Halles de Rheims (HDR) 6th floor of the AKIC building for a game of “puzzle it,” which gave access to the passwords to “magical realms,” before passing through the La Cuisine Hall and Dance Hall on the 7th floor.

The latter half of the event featured an entertaining, yet informative skit mixed with a hip-hop performance from the Benilde Culture and Arts Unit (BCAU), a fashion show incorporating a variety of styles and the college's dress codes, modeled by student artists who exhibited their talent and charisma on the runway. Featuring the winning models as announced on STRAINS’ Facebook page, showcasing proper dress code for in-campus students, which was followed by an open forum with the Center for Restorative Discipline.

After a whole day experiencing the magic of INTERAKTIV, the event came to an end with a roaring frosh exit prepared by STRAINS orientors, volunteers, and the Benilde Pep Squad, as they formed a path while cheering the newly welcomed Benildeans leaving the ARG Theater.

But not to worry, the INTERAKTIV website will be up and running until Feb. 7 to give ample time for students to participate and receive their CSBLIFE accreditation.