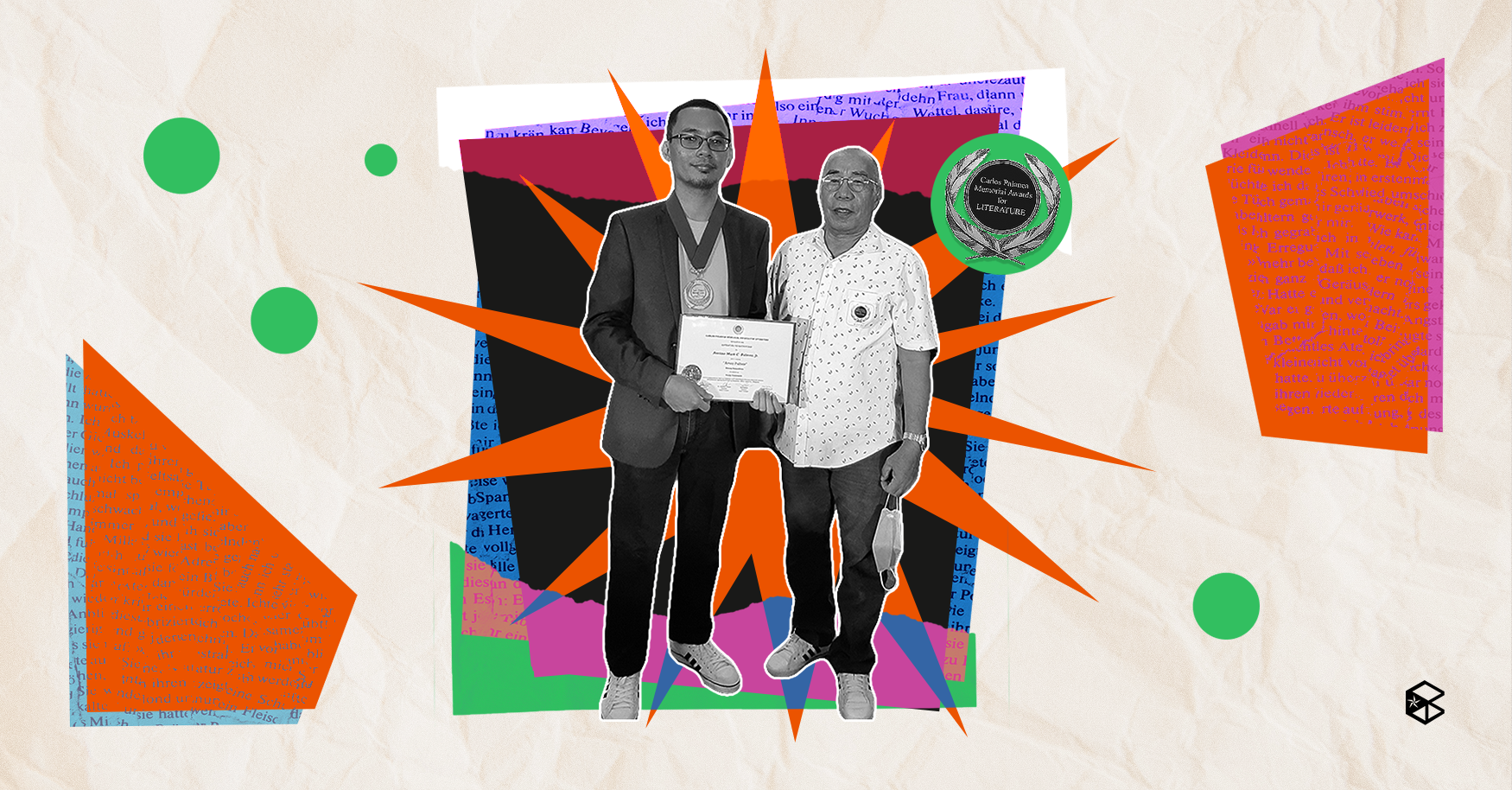 Regarded as the “Pulitzer Prize of the Philippines,” the prestigious Carlos Palanca Memorial Awards (CPMA) returned this year on Nov. 30. Benilde Film alumnus Avelino “Lino” Balmes bagged a win with his script, “Amoy Pulbos” in the Dulang Pampelikula category under the Filipino Division.

The subject of the award,  “Amoy Pulbos,” was a feature-length film adapted from its play counterpart, “Amoy Pulbos ang mga Alabok sa ilalim ng Riles ng Tren.” The one-act play was a part of the 12 plays featured in Virgin LabFest 14: Silip, launched at the Cultural Center of the Philippines (CCP) in 2018—with all plays revolving around the theme of vulnerability.

The story, according to Balmes, was inspired by his what-ifs after watching the game segment “Pera o Bayong” on a TV show. This was reflected in the stage play’s main plot following the lives of live-in partners Chona and Ramil, informal settlers residing under railroad tracks. The couple argued about Ramil’s defeat as a contestant in the said game show, which they point to as the cause of their poor living conditions. The gripping title also referenced this, mainly how dust and cement crumbs would fall on their home every time a train passed by.

The ironies of Chona and Ramil’s life take the forefront in the scenes with their young son, Igit—with parts of them dousing Igit in baby powder and sheathing his school uniform in plastic despite the constant train dust that surrounds them. The play also took on a meta-narrative, emphasizing its core message of poverty exploitation by telling the audience that in their voyeuristic nature, they, too, are complicit.

Although no details are out yet about the differences in the screenplay adaptation from the original stage play, audiences may expect to be haunted by similar explorations of poverty and misfortune through this enthralling yet disorienting tale about living beneath the tracks.

Balmes has showcased his ability as an exemplary writer, having worked on films such as “Hango” (2017), “Mano Po Legacy: Family Fortune” (2022), and “Orlie” (2018)—the latter being featured in the Diwa Filipino Film Showcase of Seattle last 2018.

“Amoy Pulbos” has proven its weight in both literary acknowledgment and relevant themes, a display of how masterful stories do not always need to be spectacles. More often than not, the best ones are just mirrors of the reality we face—and Lino Balmes is one of the few who take the time to look.