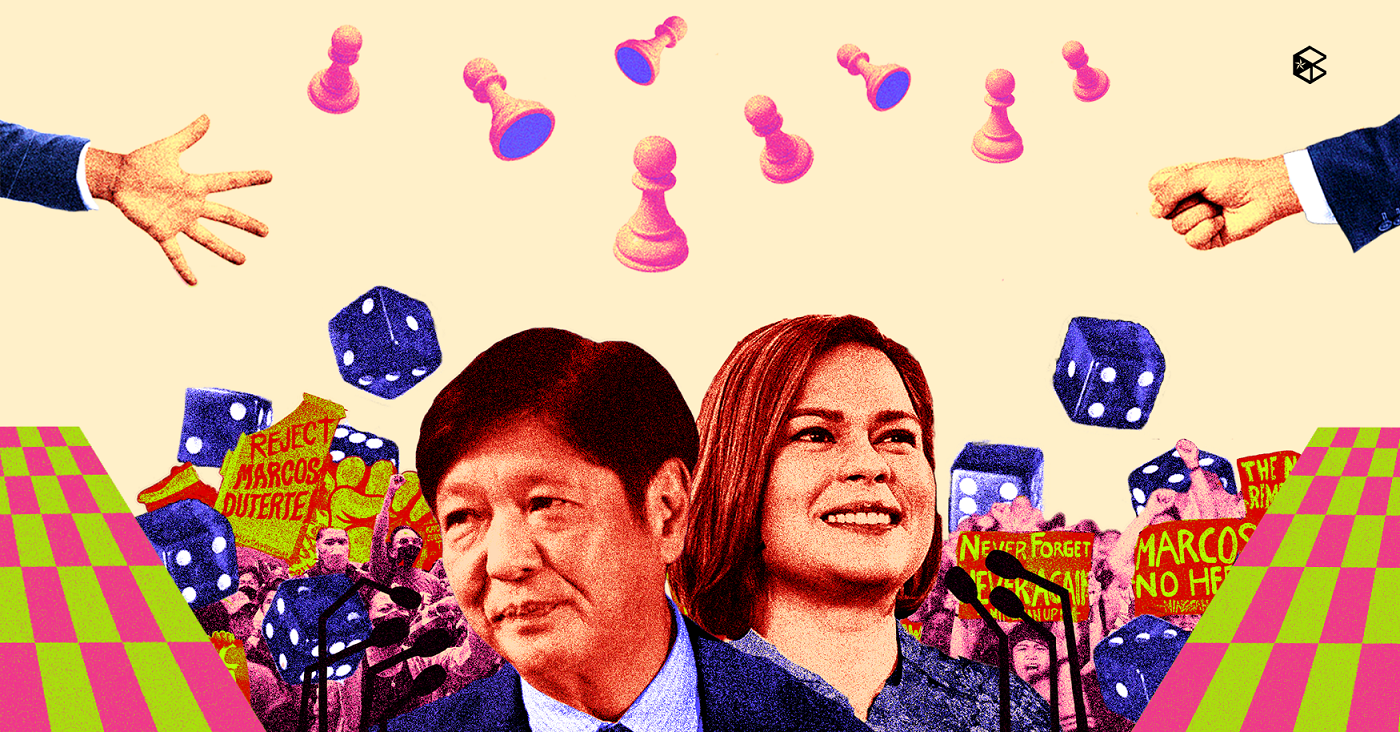 Wagering the future: The Philippines in the hands of another Marcos administration

While the newly-elected Marcos administration has briefly mentioned its plans for the next six years, uncertainty continues to loom over the country with ambiguous goals clouded in intones of “unity.”

The Philippines is facing major economic issues such as the ballooning national debt, price hikes for commodities, and mass unemployment. These put pressure on any administration, especially transitioning to a post-pandemic recovery. With the Filipino people on edge about their nation’s future, they can only hope that their new leaders are prepared enough to tackle the country’s issues head on through clearly defined plans and platforms—but are they prepared?

At the end of April 2022, the Bureau of the Treasury recorded a staggering amount of debt registered at ₱12.76 trillion. This rapid increase can be seen between the registered debt by the end of March compared to the end of April. A total of ₱80 billion had been added in just one month. The country started the trend of an ever-growing debt in the 1970s as a result of short-term borrowing during dictator Ferdinand Marcos Sr.'s administration and fiscal expansion during Martial Law in 1972. Fast forward to 2016, when former Davao Mayor Rodrigo Roa Duterte was elected president, he began his term with ₱6 trillion in debt.

Since then, the Duterte administration has doubled the existing debt of the country, leaving the current administration scrambling to mitigate its adverse effects on the national economy.

A country with an inflating debt and no concrete plans to deflate it may be seen as a credit risk. If the Philippines cannot craft a viable solution to the existing debt, this issue hinders the investments in capital goods—which produces decreased capital for the nation.

Laying down the cards to play

To help alleviate the issue, the Duterte administration proposed a fiscal consolidation and resource mobilization plan to pay off the surging amount of debt.

In June 2022, former Presidential Spokesperson and Communications Secretary Martin Andanar said in a press statement that the Department of Finance’s proposal involves the “Expansion of value-added tax (VAT) base by removing ineffective VAT exemptions except for some sectors, among others, to generate revenues.” Additionally, the proposal includes the suggested imposition of VAT on digital service providers and even excise on single-use plastics and luxury goods, as well as taxes on social media influencers.

As far as the Marcos administration is concerned they have not given any comment on their response to these proposals. In fact, the only mention of settling national debt made by President Ferdinand “Bongbong” Marcos Jr. was a comment in a past interview during the campaign period, where he stated that he is “[...] Looking at a private-public partnership and foreign investors, particularly for ‘capital intensive’ businesses and projects.”

Similarly, Marcos Jr. submitted a record P5.268 trillion budget proposal for 2023 to the House of Representatives by August 2022. Department of Budget and Management Secretary Amenah Pangandaman commented that this proposal reflects priority sectors of the Marcos administration such as education, infrastructure development, health, and agriculture among others. Furthermore, she added this major increase in budget would possibly help in covering debts acquired from the previous administration.

Moreover, investors have been generally concerned about the newly elected president’s economic plans. So far, he has only promised to continue the “Build Build Build” infrastructural program of former president Duterte. Marcos Jr. also shared he had “blueprints” for the revival of agricultural and transportation sectors, with mentions of plans for small and medium enterprises (SMEs).

Despite these plans and proposals, it is seemingly evident these plans have not been fully crafted and elaborated for the public as per economics columnist and professor, JC Punongbayan. He mentioned that Marcos Jr., during his first SONA in July 2022, does have targets to reach but the details in the process to achieve these target goals are light as it is. This reflects the past absences of Marcos Jr. in presidential debates and interviews during the 2022 National Elections.

Despite these uncertainties, some former 2022 presidential candidates continue to serve the public with well-laid-out plans for various sectors. This includes former Vice President Leni Robredo’s Angat Buhay program, which aims to uplift the lives of the poor and unprivileged Filipinos, especially those who are hit hardest by the pandemic. Meanwhile, former presidential candidate Leody de Guzman plans to continue fighting for his advocacies for laborers by fighting for the end of contractualization and increasing the wages of workers which can aid in the proposed tax impositions.

The Philippines is currently struggling to navigate in a post-pandemic economy, though the country’s problems do not end there. This demands that our newly-elected leaders be up to par with their voters’ expectations in fulfilling their duties.

Many Filipinos are still uncertain of what to expect in another Marcos administration. With over two months into the president’s term, the kind of management the current administration chooses to establish would definitely reflect what would lie ahead for the country.

As with all bets, risk is inevitable. The Filipinos could only hope their bet wouldn't cost them.

This article is also published in The Benildean Volume 8 Issue No. 2: Reacted.