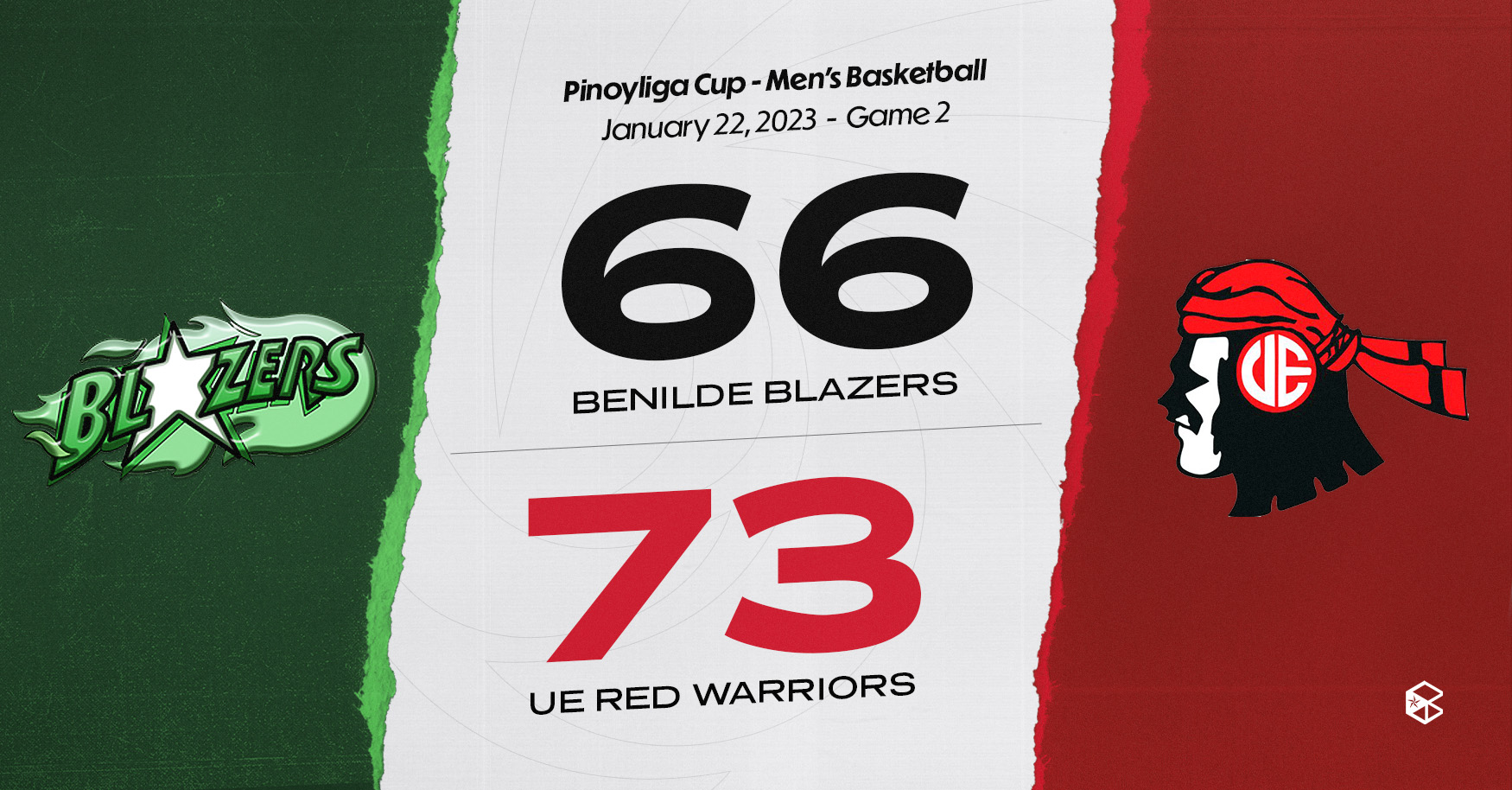 The #BenildeBlazers fell short of kickstarting a winning streak as they faced a tough battle against the UE Red Warriors.

The De La Salle-College of Saint Benilde (DLS-CSB) Blazers surrendered to the University of the East (UE) Red Warriors, 66-73, on Jan. 22 at the Activate Sports Center in Mandaluyong for Pinoyliga’s Next Man cUP.

The Red Warriors went early with a four-to-nothing run in the first two minutes of the game, but Prince Carlos ended it after splitting his charities for the Blazers, 1-4. UE’s Ray Maglupay quickly answered and started firing up, 3-8. Carlos tried to cut the deficit by two, 8-10, but the men from Recto started pouring in scores for an eleven-to-nothing run, 8-21. The Taft squad had trouble dominating the paint while the Warriors took advantage, taking the first frame to their hands with a comfortable cushion, 13-21.

The Blazers got stuck with nothing in the first three minutes of the second quarter until Carlos started blazing up with a three-pointer, 16-30. Maglupay continued leading the Warriors after chipping in five more points, while Chris Flores began to step up for the Blazers as he closed the first half, cutting the lead to 14, 28-42.

After switching sides, Carlos threw another shot from beyond the arc to open the second half for the team, 31-44. The game was tight between both teams, and they stayed at 35-45 for the next five minutes. The Warriors were eager to end another quarter with a more comfortable cushion with a 16-point lead, 41-57.

Zenric Jarque opened the final frame with his first pair of points or the game, 43-57. Carlos launched back-to-back three-pointers to cut down the lead to single digits, 50-59. The Taft squad was able to be as close as six points with the dominating team, 53-59, but the Warriors immediately put out the fire by keeping their lead up back to nine, 58-67. Carlos Sumabat fired a three, 61-67, and toughened up his defensive rebounds for the crucial quarter. Although the men from Taft made efforts to improve their offense in the last deciding minute, too much hunger led to critical fouls handing the Warriors a win, 66-73.

Carlos led the Blazers with 20 points, three assists, and three steals, while Sumabat also chipped in double digits with 10 points.

The Blazers are set to play more games in the said league; the game schedule and the livestream will be available on Pinoyliga cUP’s Facebook page.