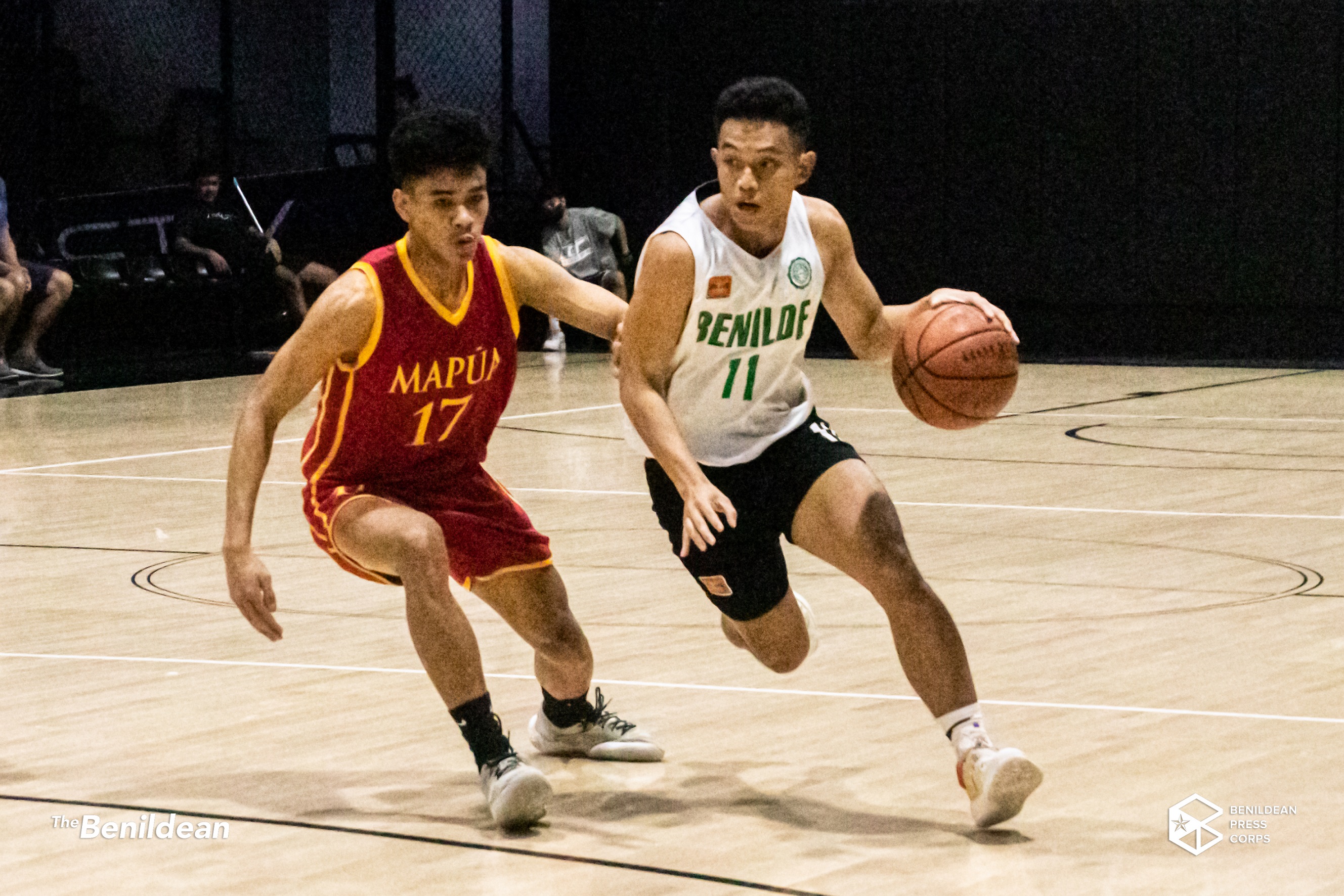 The #BenildeBlazers opened their Pinoyliga Next Man cUP campaign with a victory over the Mapua Cardinals, 91-72.

The De La Salle-College of Saint Benilde (DLS-CSB) Blazers overwhelmed the Mapua University (MU) Cardinals, 91-72, winning their debut game in the Pinoyliga Next Man cUP, on Jan. 21 at the Activate Sports Center, Mandaluyong.

The Blazers got off to a fast start, shooting from all corners to open up the game. Player of the game Michael Mara opened the scoring for the Blazers after a great play in the paint, but the Cardinals quickly answered with a Kobe Dalisay three. As a result of successive baskets by Prince Carlos and Edson Serrano, followed by a Markus Dimaunahan three-pointer, the Taft team made a concerted effort to build a significant lead, 16-10. However, the Cardinals responded with a run of their own, led by Ferdinand Asuncion and Kem Sabsalon, who each hit a long bomb to keep the game within reach. The period ended with the Cardinals leading by two points, 16-18.

Determined to turn things around, the Blazers replicated their first-quarter performance to retake the lead from the Cardinals, 20-18, thanks to baskets from sophomore guard Joshua Cajucom and big man Ladis Lepalam. The Cardinals immediately got the lead back after a three from Asuncion, 20-21. Midway through the period, both squads went on a back-and-forth affair after long bombs from Carlos Sumabat, and opposing big Asuncion. Zenric Jarque poured in points for the Blazers after conversions from the three and the paint, while Serrano ended the period with a half-court heave to give the Taft squad the lead, 37-36.

In the third period, both teams continued to battle it out. Lepalam opened the scoring for the Blazers with a hook shot, while opposing big JC Recto answered with a three, 39-39. Midway through the period, neither of the teams could break away from one another; Carlos and Sumabat each nailed a three for the Taft squad, while opposing players Asuncion and Recto kept the Cardinals afloat. The Cardinals would edge out the Blazers in the period after a Dalisay charity to take the lead, 55-57.

The Blazers made a valiant effort to break away from the Cardinals during the payoff period of a game rife with runs. Dimaunahan made a mid-range jumper to tie the game at 57-57; Carlos then made a three to give the Blazers the lead, 60-57; Mara finished a power move in the paint to extend the Blazers' lead at 62-58; and Macoy Marcos finished off his charity snipes to give the Taft team a six-point advantage, 67-61. The Blazers would never look back, winning the ball game up by 19, 91-72.

Mara was hailed player of the game after dropping 17 points, alongside six rebounds and two steals. Carlos, Serrano, and Sumabat scored double figures, dropping 14, 12, and 11, respectively.

Continue to catch the Benilde Blazers in their upcoming matches via Pinoy Liga cUP’s Facebook page.