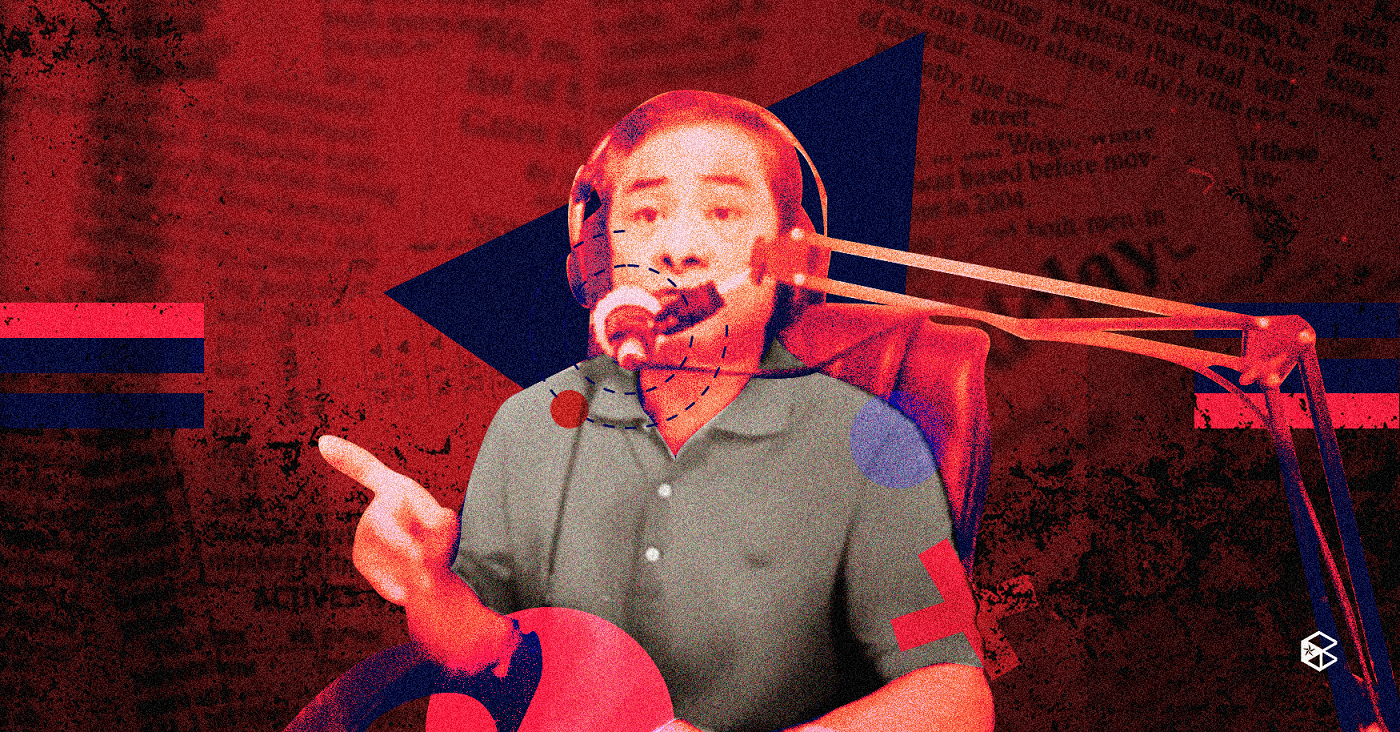 FAST FACTS: Remembering Percy Lapid, the 197th journalist murdered since 1986 in the Philippines

Being ranked as the 7th deadliest country in the world for journalists according to the Global Impunity Index in 2021, the Philippines has a deplorable history of inflicted violence against journalists. Recently, Percival “Percy Lapid” Mabasa, a veteran radio broadcaster and commentator, was declared the 197th journalist murdered since 1986 in the Philippines and the second under the Marcos Jr.’s government. He was renowned for his criticism of the administration in his commentary titled “Lapid on Fire.”

On Oct. 3, 2022, Percy Lapid, a well-known media critic of the government, was shot down inside his vehicle by unidentified two motorcycle-riding assailants.

The day after the murder, the Philippine National Police (PNP) promptly responded by creating a special a special investigation task force to look into the incident. The major development of the investigation revolves around Bureau of Corrections (BuCor) Chief Gerald Bantag, deputy security officer Ricardo Zulueta, and other people deprived of liberty (PDLs) as the alleged perpetrators. Bantag and Zulueta are significant to the case as they are persons of interest because of Lapid's exposé of their alleged ill-gotten wealth and corruption.

Following such development, Bantag was suspended. As a result, he filed for a motion against this decision. While the case is ongoing, President Ferdinand Marcos Jr. urged the relevant government agencies to be persistent with the investigation until relevant suspects, middlemen, and masterminds are identified.

Three journalists, including Percy Lapid, have been assassinated since Marcos Jr. took office in July. On Sept. 18, radio host Rey Blanco was fatally stabbed in Mabinay, a town in the Negros Oriental. On Nov. 5, editorial cartoonist Benharl Kahil, who was known for his use of visual arts as a means to counter disinformation, was killed by a gunshot in Lebak, Sultan Kudarat. The perpetrators in both murders remain unknown and the crimes are currently being investigated.

In a list of 11 nations with "the worst track record in solving murders of journalists throughout the past decade," the Committee to Protect Journalists places the Philippines at eighth. In data released by the Center for Media Freedom and Responsibility, threats and attacks against the press, including journalists, amount to a total of 223. In addition, it was revealed that 23.31% of them take the form of intimidation, and 51.12% came from online mediums used by state agents as alleged perpetrators. Libel (16.59%), online harassment (8.97%), and killings (8.52%) were the next most common forms of attacks, followed by intimidation (23.31%).

Despite being a democratic country, the killings of journalists and the restriction of the press have been rampant in the Philippines for the past decades. This has undermined press freedom and the right of Filipinos to access information. As Filipino people, the demand for justice, transparency, and accountability should continue as these are cornerstones of democracy.

Jason Gutierrez, president of the Foreign Correspondents Association of the Philippines and a personal friend of Percy Lapid, said the fight for justice is "far from over." Additionally, Danny Arao, a journalist and an associate professor at the University of the Philippines, emphasized that the country should resist fear and intimidation "until justice is served."

The death of Percy Lapid and other journalists is more than just about the murder itself. It calls for a justice-centric approach in protecting human rights in the country. The primary duty of the government is to serve and protect the people, and this is significantly critical to its role in ensuring the protection of the press and the reinvigoration of press freedom in the country.