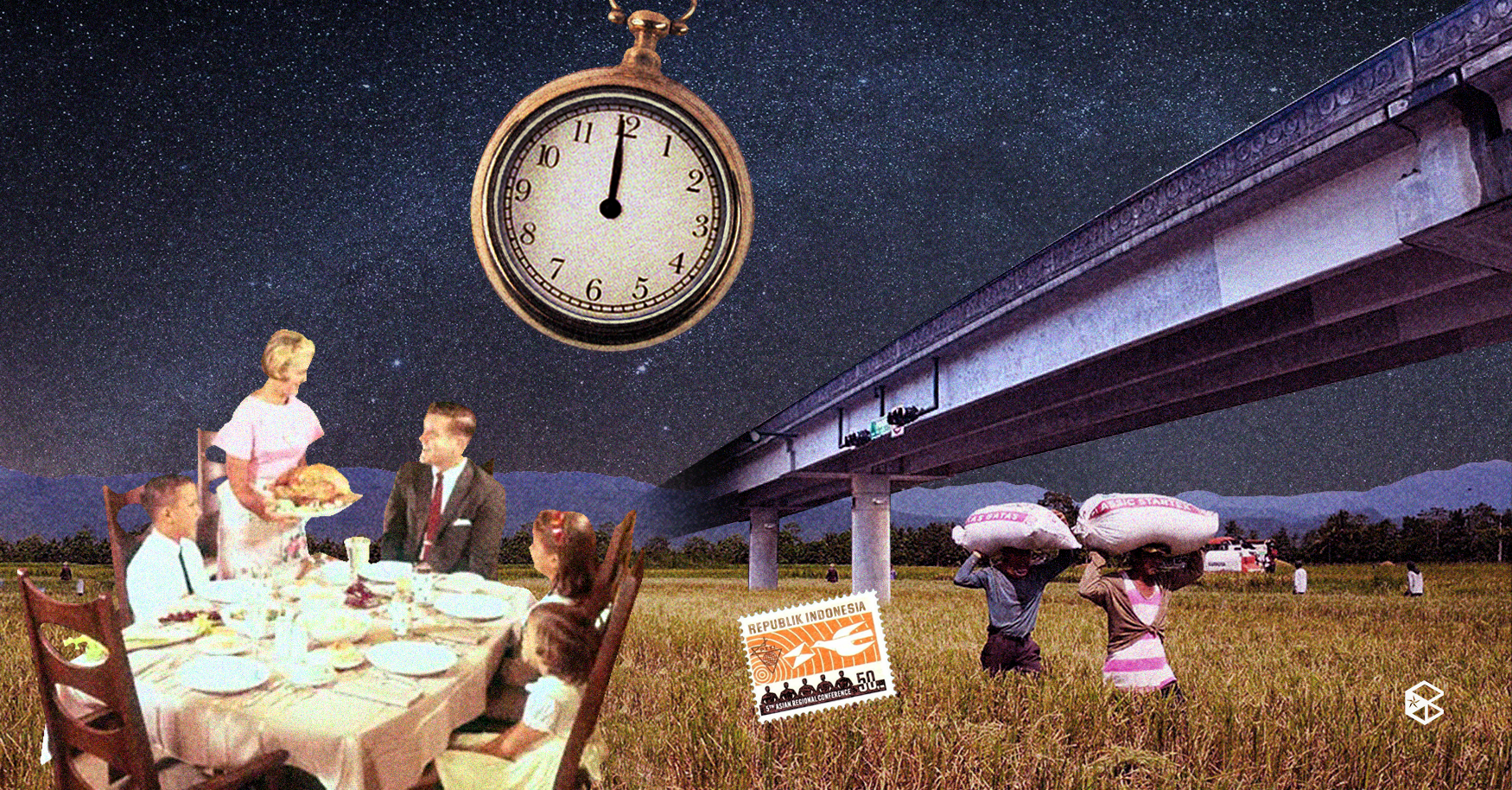 At the Stroke of Twelve

Merry Christmas—wherever you may be.

The modest living room looked grander underneath the extra light of the Christmas tree. Its fairy lights blinked like stars caught on faux branches, inviting sweater-swaddled celebrants to indulge in the presents lying on its base. The scent of ham and nearly-burnt hot chocolate overtook the house’s four corners.

In the kitchen, Andrea added more kondensada to her fruit salad, almost dropping the stirring spoon when two arms wrapped around her. She turned her head a little, her cheek catching a chaste kiss from Ellie. Two rooms over, they could hear the kids getting ready for noche buena. Wordlessly, the couple smiled, excited to spend their first Christmas eve together as an official family.

The light from Manong Raul’s gas lamp served as the sole beacon for fireflies across the rice paddies. Though the acacia table wobbled on one end, it firmly held up the plates of rice, tuyo, puto, and kamote-cue. Bits of 3-in-1 coffee powder wedged themselves in between the grain, casting minuscule shadows underneath the two coffee cups.

Manong Raul and Manang Stella sat on the two creaky monoblocks placed next to the kubo’s window—their gazes traversing onto the far-flung lights in the sky. Manang Stella took a long sip of her coffee before giving Manong Raul a gap-toothed smile.

Yellow light reached across the shadows from under the cement bridge. Rodney straightened the tattered cardboard, brushing the dirt and dust off. The blanket he got off a donation bin billowed in the wind, his bony hands struggling to get a proper grip on it. Loose change clinked in his pockets as he sought to find a comfortable position against the sharp, metal railing. There were still some empanadas in the styrofoam box, albeit stale. Raul whistled lowly.

The thin, scruffy dog in front of him kicked its legs up, standing despite her frazzled state. When her wide, brown eyes settled on Rodney’s bearded face, she softened her stance—her tail swishing across the cardboard like a broom. Rodney opened the styrofoam container, taking an empanada and offering it to her.

The chatter of excited family members layered on top of one another. Carlos excitedly took out his new shoes, striding across the house despite his feet being a size smaller. He’ll grow into them, as his mom always says. He wanted to play more with cousin Leah, but she was too busy stuffing her cheeks with puto bumbong.

Instead, he gingerly took the phone stand, reangling the phone so his face was in full shot of the camera—his mom was too busy listening to Ninang Baby. The man on the screen beamed at him, youthful despite the bags under his eyes. Carlos grinned back, “Merry Christmas, kuya!”