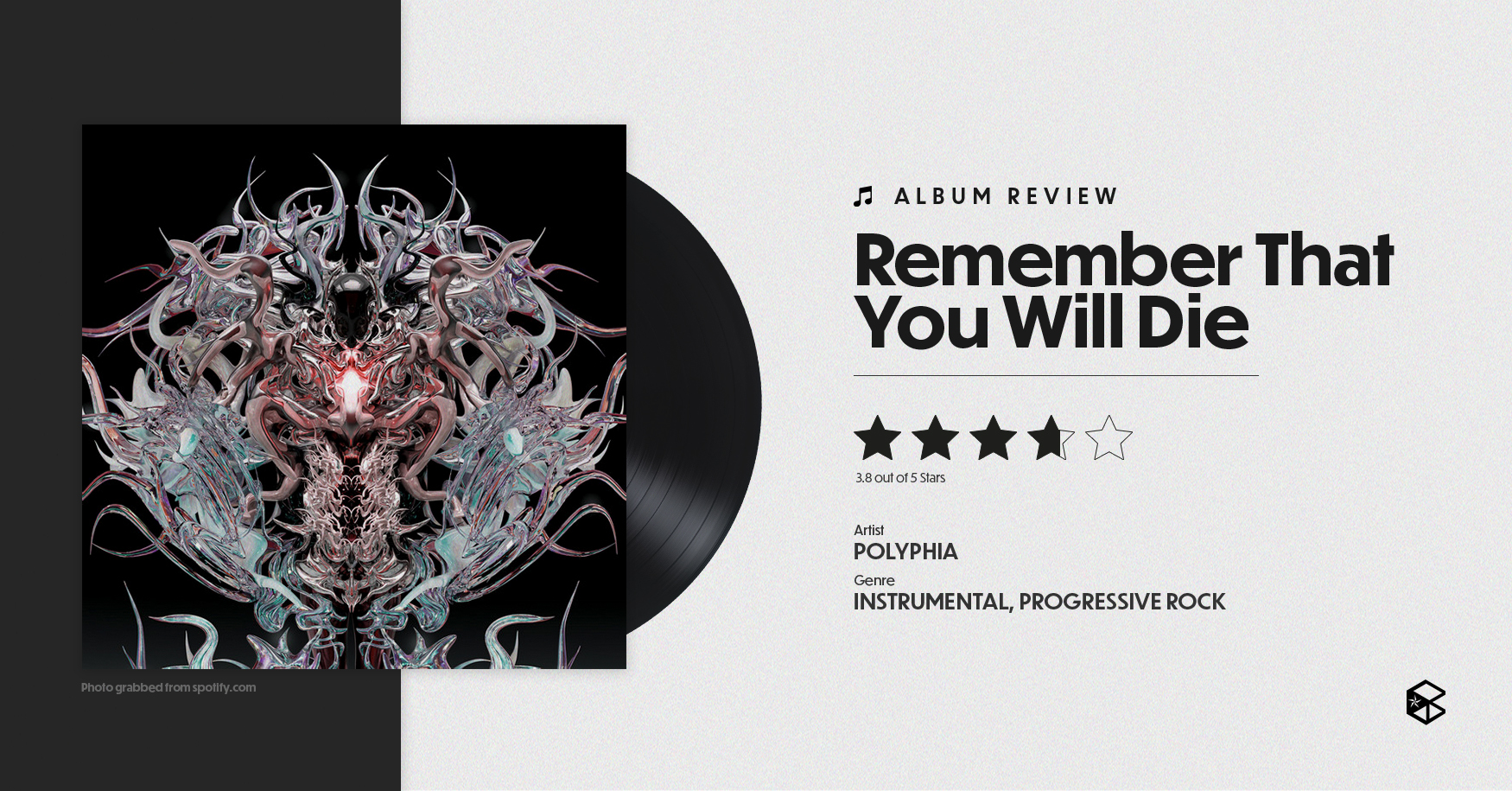 Remember That You Will Die: A metamorphosis of instrumental guitar

Four years after their last studio album, Polpyhia is back with a technical guitar masterclass, introducing a mature blend of progressive rock and classically-inspired songs.

Critically-acclaimed instrumental progressive rock band Polyphia released their highly anticipated fourth studio album, Remember That You Will Die, on Oct. 28 after a four-year-long musical drought. The album carries 12 masterfully-crafted songs with features from Sophia Black, Deftones’ Chino Moreno, and even guitar legend Steve Vai, promising to be the band’s most ambitious record yet.

Polyphia rose up as a niche internet sensation before breaking into mainstream music with the popular releases from their last two studio albums—Renaissance in 2016 and New Levels New Devils in 2018. Lead guitarist and face of the band Tim Henson has been making tremendous waves in the guitar space, boasting two signature guitars from Ibanez, his own guitar modeler plugin from Neural DSP, and even being named one of the most influential contemporary guitar players in recent years.

The album also has the highest number of features from any of their previous releases, kicking off with one in “Genesis (feat. Brasstacks).” The song serves as a worthy opener of what’s to come; a mix of high-tempo, rhythmic multi-voiced guitar, and snazzy brass, showing a more mature and developed sound to the band while still highlighting glimpses of their iconic sound from previous records.

The flamenco-inspired riffs in “Playing God,” the bright and technical chorus in “ABC (feat. Sophia Black),” and the pristine shredding-prowess in “Ego Death (feat. Steve Vai)” pushed the band to release these three songs as singles weeks before the album’s official release. This was a double-edged sword for the record since these singles are indisputably frontrunners for the best song on the album, making the rest of the record feel underwhelming in contrast.

On the other hand, “The Audacity (feat. Anomalie),” “Memento Mori (feat. Killstation),” and “F*ck Around and Find Out (feat. $NOT),” while technically-impressive, lack an overall uniqueness in structure and style found in Polyphia’s previous album New Levels New Devils, which embodied a distinct, hip-hop trap-inspired, innovative guitar tone. However, Remember That You Will Die can feel like a repetitive, high-distortion shred-fest for many songs, albeit with a bit more melodic execution.

Other songs, such as “Reverie” and “Neurotica,” are the most reminiscent of the band’s former musical formula; purely instrumental compositions with a traditional structure paired with catchy, pop-esque hooks and riffs. The interlude “All Falls Apart” appears to be the clearest example of the album’s intended direction, a 79-second build-up of jazzy trumpets and soul-moving guitar playing to set up the heavier songs to follow. Standouts “Chimera (feat. Lil West)” and “Bloodbath (feat. Chino Moreno)” slot in as the bridges between classical nylon playing and heavy metal djent, creating surprisingly cohesive pieces before album-closer “Ego Death (feat. Steve Vai)” ends the record with a satisfying intertwining of melodies, pulling inspiration from both 90’s heavy rock and modern progressive guitar.

While the record displays an impressive mix of metal, EDM, hip-hop, and classical genres, the album is not perfect. Despite the challenges that come with genre-blending, Polyphia has managed to create something of the highest musical standard while creating several unique riffs and melodies that will certainly stick in the heads of many of its listeners.

Remember That You Will Die is now available on Spotify, Apple Music, and other music-streaming platforms.

Tags: Album Review, Polyphia, Remember That You Will Die album
Tweets by TheBenildean
Printed from http://localhost:3000 on 4 February 2023