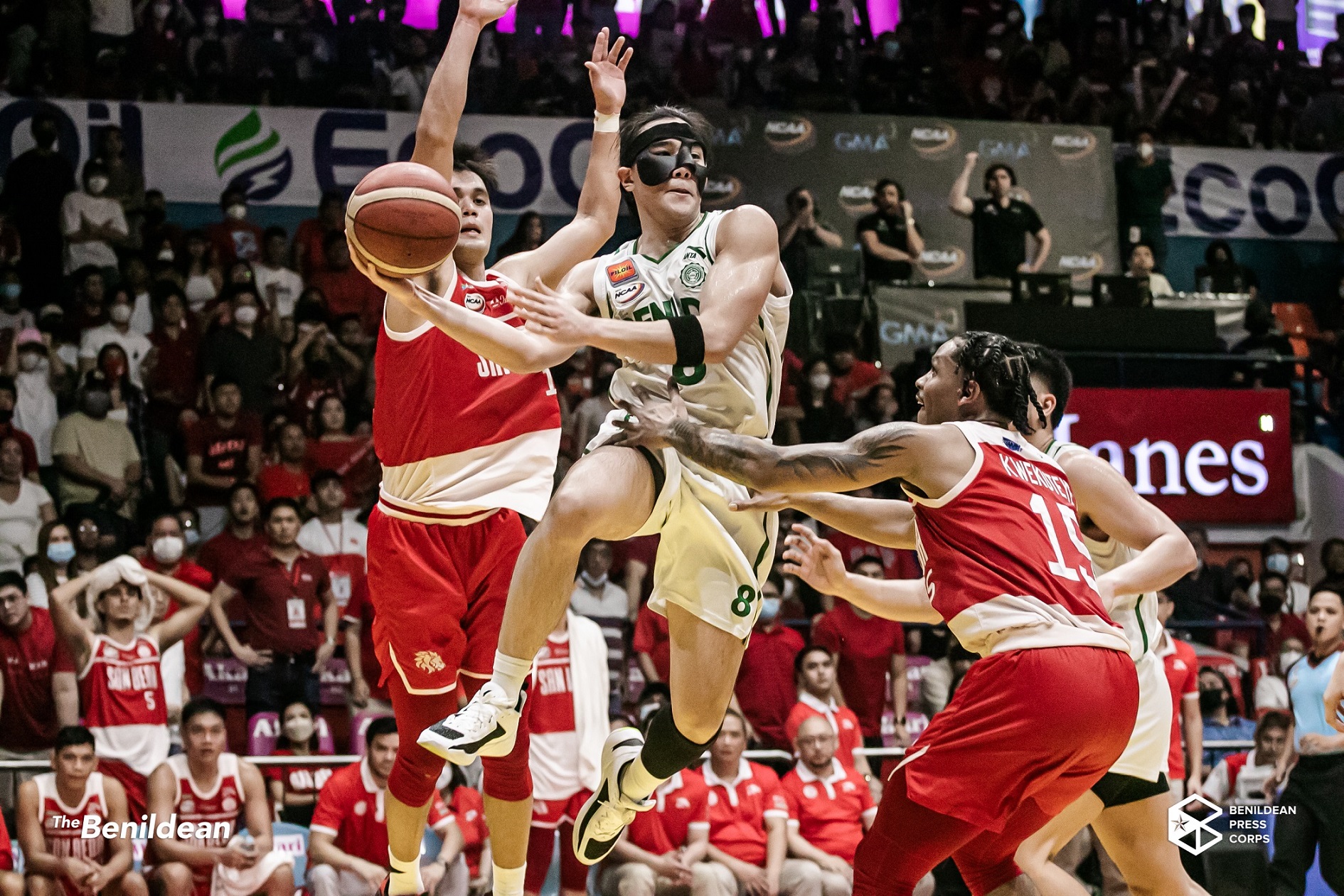 The #BenildeBlazers knocked out the San Beda Red Lions today, 62-61, to secure their finals ticket!

The De La Salle-College of Saint Benilde (DLS-CSB) Blazers conquered the San Beda University (SBU) Red Lions, 62-61, to advance into the finals of the #NCAASeason98 today, Nov. 29, at the FilOil EcoOil Centre in San Juan City

It was a battle of stars to open the first period. James Kwekuteye scored the opening baskets for the Red Lions, while it was presumptive MVP Will Gozum who cracked the stat sheet first for the Blazers. After the short intermission, Robi Nayve poured in for the green and white to extend the lead after converting his charities and pulling up from mid-range, 14-10. The Red Lions, however, put on a valiant effort to keep the game close after an and-one conversion from opposing guard Tony Ynot. The period ended with a Jimboy Pasturan buzzer three to extend the Blazers’ lead, 19-14.

Pasturan was waxing hot to open the second period after nailing back-to-back long bombs to extend the Blazers' lead, 25-16. Nayve and rookie of the year candidate Miguel Oczon buckled onto the momentum after threes of their own. Despite the hot shooting from the Blazers, opposing guard, Jacob Cortez, kept the Red Lions within striking distance after converting consecutive baskets. The period ended with the Blazers up by three, 34-31.

The Blazers opened the third period blazing after another three from Pasturan and a drive to the middle from Gozum. The Taft squad tightened their guard and continued hitting their strides to further balloon the lead, 49-38. After the short break, sixth man of the year front-runner Miguel Corteza found his stroke after dropping his patented teardrop. In the final minutes of the period, despite the feisty San Beda crowd, the Blazers displayed championship poise. The period ended with the green and white squad up by six, 54-48.

Determined to turn things around, the Red Lions opened the payoff period with a three from Cortez. The Blazers were quick to answer after a turnaround-make from Corteza, 56-51. Midway through the period, it was all San Beda after consecutive makes from Kwekuteye and Cortez. After the short intermission, Gozum lifted the offense of the Blazers after a tough finish over the San Beda defense. Oczon nailed his charities to lift Benilde past San Beda, 62-61.

According to Benilde head coach Charles Tiu after their win, “I am happy that we reached the finals, but right now that we are here we want to achieve more, we want the championship.”

The Benilde Blazers book their ticket to the finals, an accomplishment they last achieved two decades ago. The Blazers are set to face the winner of the Letran-Lyceum matchup.