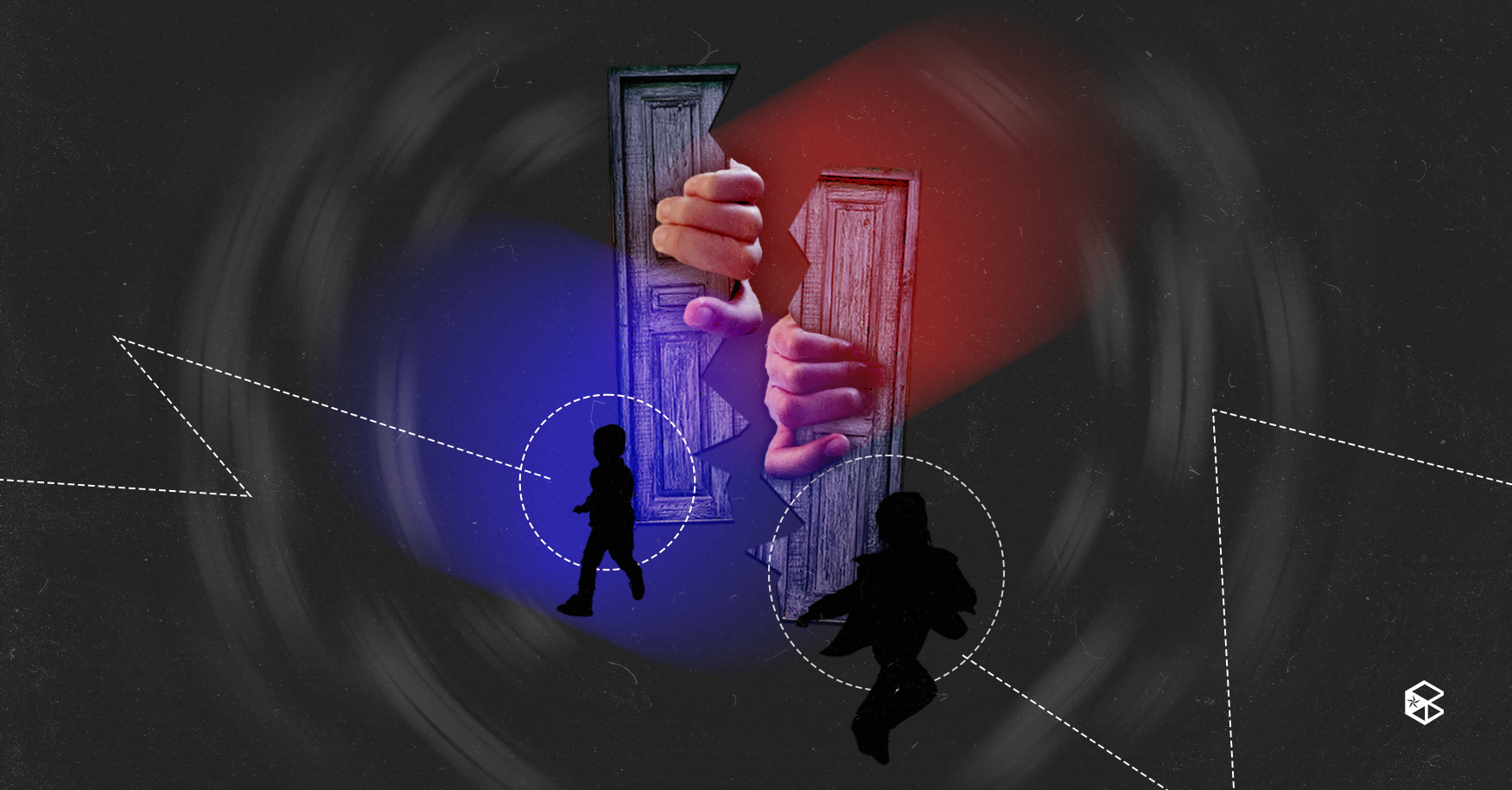 Blessed are the forsaken, for they shall see heaven.

Half of Charlie’s lanky frame stood behind Mond’s bedroom door, a small plastic bag of salt dangling lifelessly from his bruised knuckles. Despite the moon being their only light source, the purplish spots on his younger brother’s arm stood out like blotches of stamp ink. Mond hitched the makeshift bag—bundled cloth, strategically knotted—onto his shoulder, wincing when the sling brushed against the stamps on his shoulder. Only this time, his were smaller and reddish.

“Our things are all packed. Tita Esther said she’s giving us only a month, but I know I can get a job by then,” Mond said with so much conviction that he almost believed it himself. Charlie gave him a half-hearted nod. He didn’t know whether it was from sleepiness or anxiety.

“The aswang is in tatay’s room,” Charlie whispered. “I think he woke up again.”

Mond knew this might jeopardize the entire plan. If the monster caught wind of their grand escape, there would be no second chances. Everything was set for them, Mond made sure of that. This was the only factor he knew could go awry. This was not okay.

“It’s okay. We have this now,” Mond gave Charlie an awkward grin as he lightly tapped the salt-filled plastic.

The boys held their breath, tiptoeing across crushed cans of beer and ashy cigarette butts. They followed the scent of cheap beer until they reached its source. The stench was almost eye-watering as it pushed against the camachile door. Mond pointed towards the living room, motioning for Charlie to go ahead. The younger boy threw him a hesitating glance before handing over the salt. Like a cockroach, he pressed his frail body against the walls and disappeared into the shadows of antique cabinets and grandfather clocks.

Mond pressed his ear against the wood. If he tried hard enough, he could ignore the mix of faint varnish and dried puke from the door. On the other side, there was nothing but TV static. Then, he heard a loud thump and the spray of shattered glass, followed by a low, guttural groan. He jerked his head back, frightened that he was somehow caught.

He braced himself for what could come next—the door ripping off its hinges, taloned arms grabbing him, the impact of a bottle against his temple. His eyes briefly caught Charlie’s and they shared a panicked look. But the Bathala favored them this time, for the creature inside the room settled down once more.

Not wanting to spend another second in the cursed house, Mond shakily sprinkled a handful of salt on the foot of the door. He made his way to Charlie’s side, catching how relief temporarily washed over his brother.

The only thing left to do was to unchain the door and turn the knob.

The rattling of the chains was silent enough. Mond made sure to steady his hand to minimize the noise. It was the door lock that proved their greatest problem. The lock was loud—loud enough for him to hear the sound from the confines of his room on the other end of the house. That click was always accompanied by the door crashing into the plaster of the adjacent wall. The spot that the doorknob always hit had already sunken in—a constant reminder that the aswang brought only destruction.

“Kuya.” Charlie’s eyes widened as if the dark rings were pulling his lower lids down. He was looking at the salt-marked door, white light leaking from underneath it. They saw a flitting shadow, presumably stumbling across the room. The aswang seemed to finally steady itself, the heavy fall of his footsteps slowly echoing closer to the door—to them.  The shadow was starting to eclipse the light coming from underneath the door.

“The salt will hold him back, right, kuya?”

Motorcycle keys in one hand, Mond yanked the door open. The resounding click left behind by the opened lock hauntingly echoed throughout the house. The aswang tore the bedroom door open, almost slipping on the salt line on his way out.

Mond and Charlie did not dare to look back.

Not when Mond carried Charlie by the shoulders onto the motorcycle. Not when he plunged the keys into the keyhole, his foot frantically pressing on the pedal in vain to get the stupid thing to start. Not when he heard the shouting behind him, a beer bottle whizzing just an inch past him, exploding into confetti made of depression and hurt.

Just in the nick of time, the roar of the engine woke up to the early hours of the day. Mond plopped a dented helmet two sizes too big on Charlie’s head, then took off into the trickling daylight.

The motorcycle squealed and sputtered, overtaking the profanities spilling from the aswang that almost looked like their father.

Mond’s heart pounded in his ears, a shaky laugh escaping his cracked lips. The tinkle of Charlie’s laugh matched the twinkling stars, now fading as the sun emerged on the horizon.

Tags: IntoStory
Tweets by TheBenildean
Printed from http://localhost:3000 on 30 November 2022