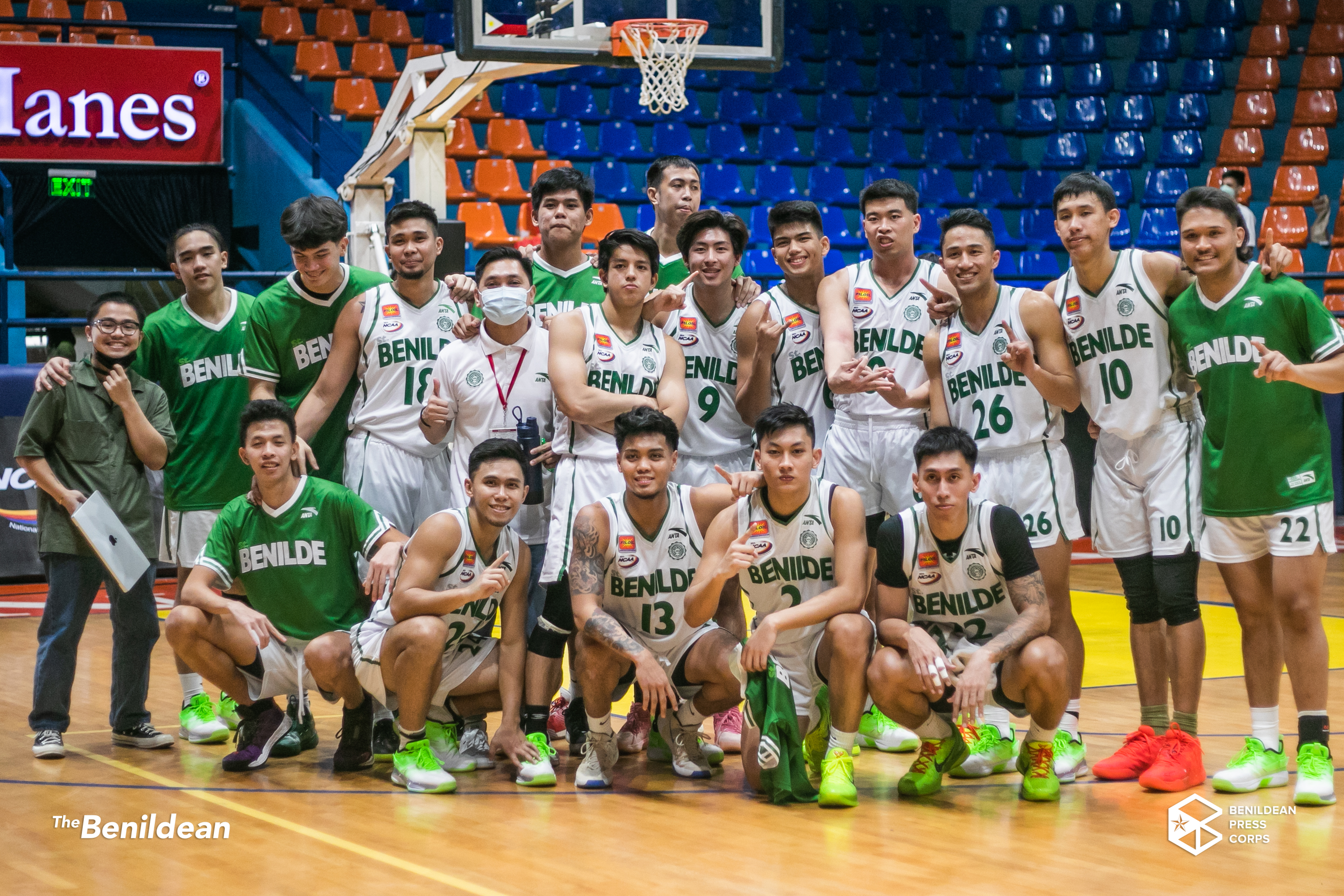 The Benilde Blazers opened their #NCAASeason98 campaign with a victory over the LPU Pirates, 86-69.

The De La Salle-College of Saint Benilde (DLS-CSB) Blazers trounced the Lyceum of the Philippines University (LPU) Pirates, 86-69, on Sunday, Sept. 11, at the FilOil EcoOil Center in San Juan City.

It was an evenly tight game early in the first period, but the Pirates went on a quick five-to-nothing run, led by opposing guard Enzo Navarro, to take a 15-19 lead over the Blazers heading into a timeout. The Blazers stayed within striking distance thanks to forward Mark Sangco, who scored six of his eight total points. The Pirates led by seven points at the end of the quarter, 25-18.

The Blazers embarked on a 9-2 run to start the second period, and the Taft squad came back in a balanced effort led by standout forward Will Gozum and guard Miguel Oczon. The Pirates made a determined effort to keep their advantage, but the Blazers had all the momentum. Blazers guard Robi Nayve proceeded to pour in points for the Taft squad, after hitting three straight threes. The Blazers led by five points at the end of the second quarter, 45-40.

Determined to reclaim the lead, the Pirates struck early in the period, led by opposing forward Mclaude Guadana and guard Navarro, who combined for seven points. Despite the Pirates' quick start, the Blazers stormed back, led by Gozum, Oczon, and Sangco. Senior guard Jimboy Pasturan joined the barrage after hitting a three to end the quarter, 58-55.

In the final frame, the Pirates had no answers for the Blazers, as guards Nayve and Oczon continued to shoot lights out for the Taft Squad. Team captain JC Cullar joined the action, scoring five of his 12 points in the quarter. The Pirates attempted to rally back, but the Blazers' defense was smothering, limiting them to just 14 points in the quarter. The Blazers won the game by a score of 86-69.

Nayve was named most valuable player of the game after scoring 18 points, dishing out two assists, and grabbing two rebounds while shooting 54.5% from the field.

The Blazers are set to face the San Sebastian College–Recoletos (SSC-R) Stags on Friday, Sept. 16, at 3:00 p.m. at the FilOil EcoOil Centre, which will be streamed live on the NCAA Philippines Facebook and Youtube page.