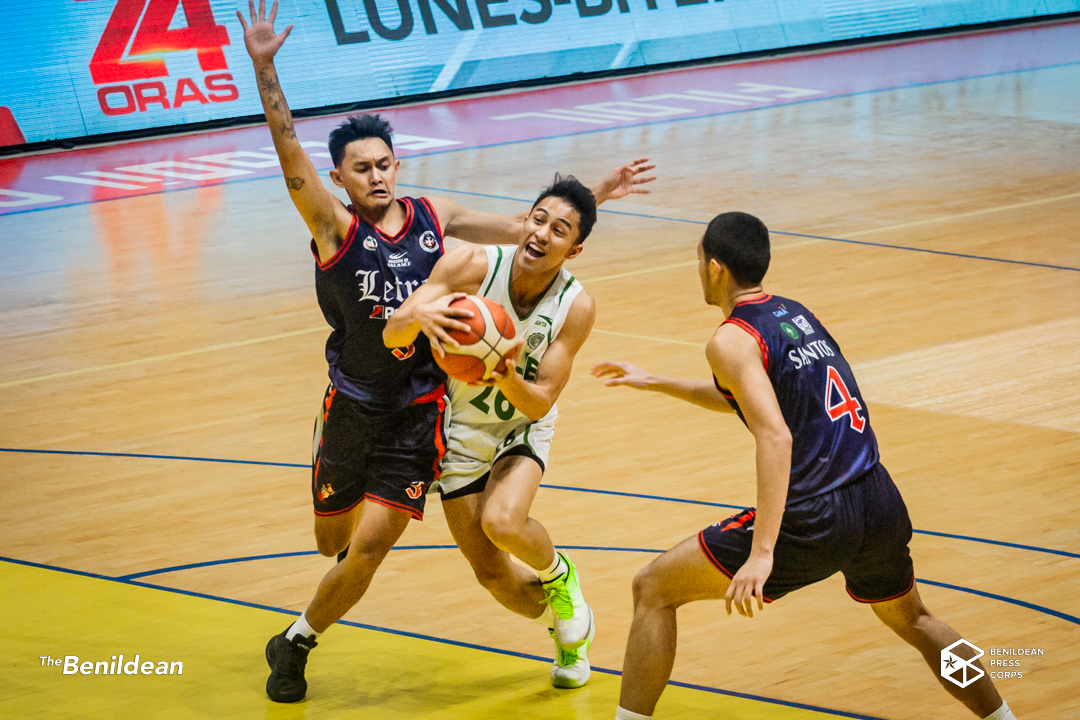 The #BenildeBlazers snapped their winning streak after falling behind the reigning champs, Letran Knights, 75-81.

The Benilde Blazers and the Letran Knights battled it out in the opening period of the game. With his first eight points, Ladis Lepalam had a great first quarter for the team, bringing the teams together for the first time at 13-13 and propelling the Taft team to their biggest and only lead against the Knights, 20-15. The green team trailed the defending champions by two points, 23-25, at the end of the opening frame as the champs didn't budge.

Will Gozum continued the lead by contributing six of his 14 total points. With the aid of Robi Nayve's three-pointers, he scored a total of seven points for the team. With just double of the score they had in the previous quarter, 46-50. Nayve's final three-pointer brought the third quarter to a close for the green and white squad.

The Blazers eventually lost their drive in the second half as the Knights picked up the pace and built a 15-point lead. Despite this, the Taft squad was still determined to keep their winning run alive in the closing minutes of the game, cutting the score to two, 75-77. However, the Letran Knights stepped up their defenses as the Blazers failed to claim victory, 75-81.

The Blazers will face the Jose Rizal University (JRU) Heavy Bombers on Sunday, Sept. 25, at the same venue, with a live telecast on NCAA Philippines’ Facebook and Youtube page.