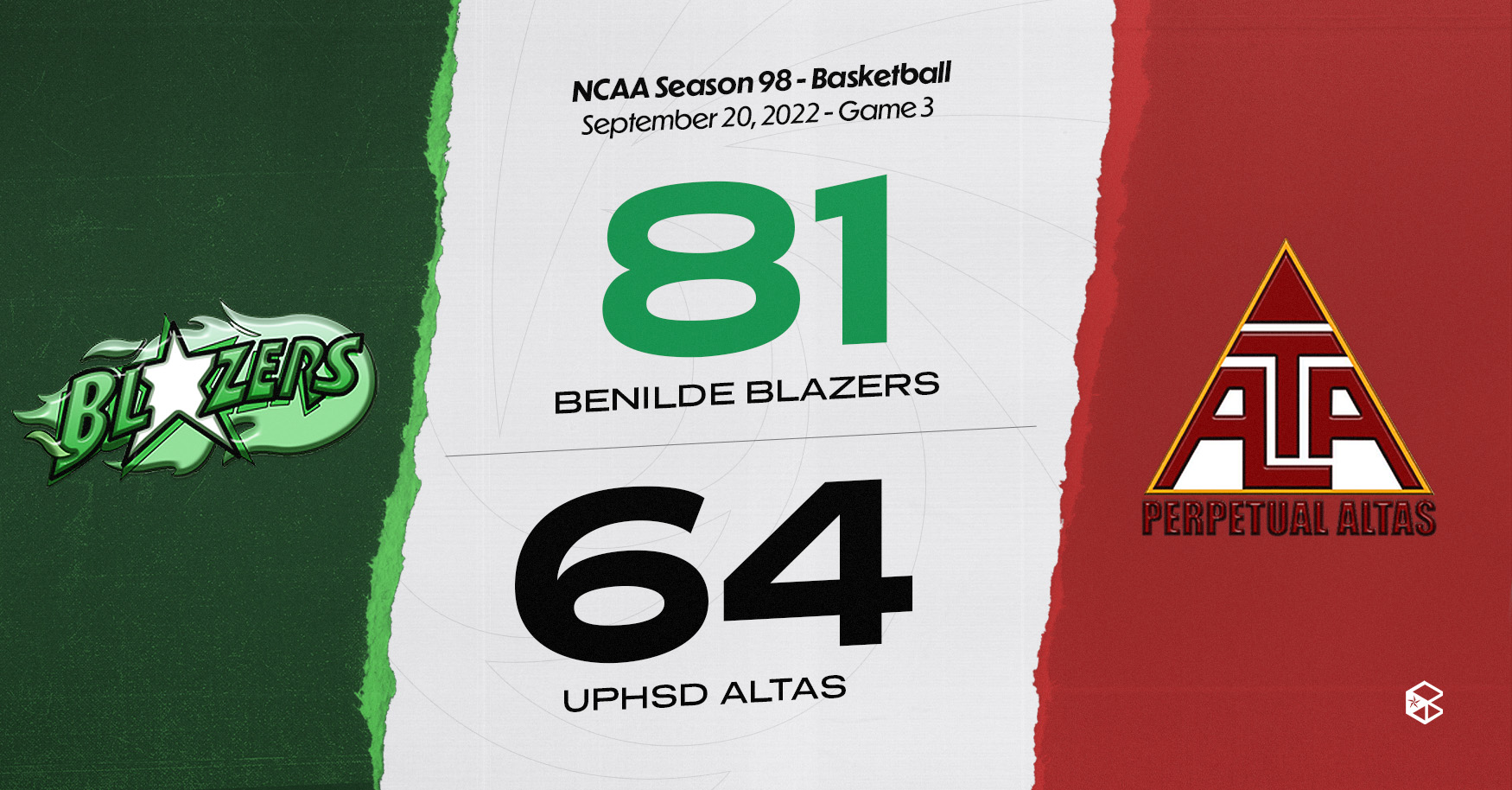 The De La Salle-College of Saint Benilde (DLS-CSB) Blazers managed to stay on top as the only undefeated team with a 3-0 record after withstanding a mid-game comeback and bludgeoning the University of Perpetual Help System DALTA (UPHSD) Altas, 81-64, today, Sept. 19, at the FilOil EcoOil Centre in San Juan City.


Despite apparent fervor from both sides during the first frame of the match, it was a slapdash quarter for both teams as they constantly staged sloppy turnovers and trade of baskets. The Blazers attempted to snatch the early lead with standout forward Will Gozum’s two successful free throws, 7-8, but the feisty Altas made sure to keep the Taft squad at bay after zooming through a four-point deficit during the last two minutes of the quarter, 13-17.

The Blazers still couldn't harness their usual gameplay after sending the Altas to the free throw line in the first minute of the quarter. Miguel Corteza led the green and white squad to snatch the one-point margin, 18-19. Corteza continued to usher the Blazers with his short-step baskets, 26-32. The Blazers’ steady shooting led the third quarter with a single point, 33-32.

Their missed opportunities to pull away during the first half awakened the frail offense and defense of Benilde as Gozum opened the third frame with five consecutive points, 38-32. Rob Nayve fueled the fire that Gozum sparked with a swift two-point shot followed by guard Miguel Oczon’s successful three-pointer to stage a 10 to nothing run, 43-32. The overflowing eagerness of Altas during the first half eventually turned into unsteady defense and loose offensive flow–an advantage for the men in green to perform a 17-point breakout game in the final quarter, 81-64.

Three Blazers finished in double figures, ushered by Gozum’s with a double-double of 16 points and 12 rebounds. Meanwhile, Corteza and Nayve chipped in 15 and 12 points respectively.

The Blazers will face the Colegio de San Juan de Letran (CSJL) on Friday, Sept. 23, at the same venue, with a live telecast on NCAA Philippines’ Facebook and Youtube page.