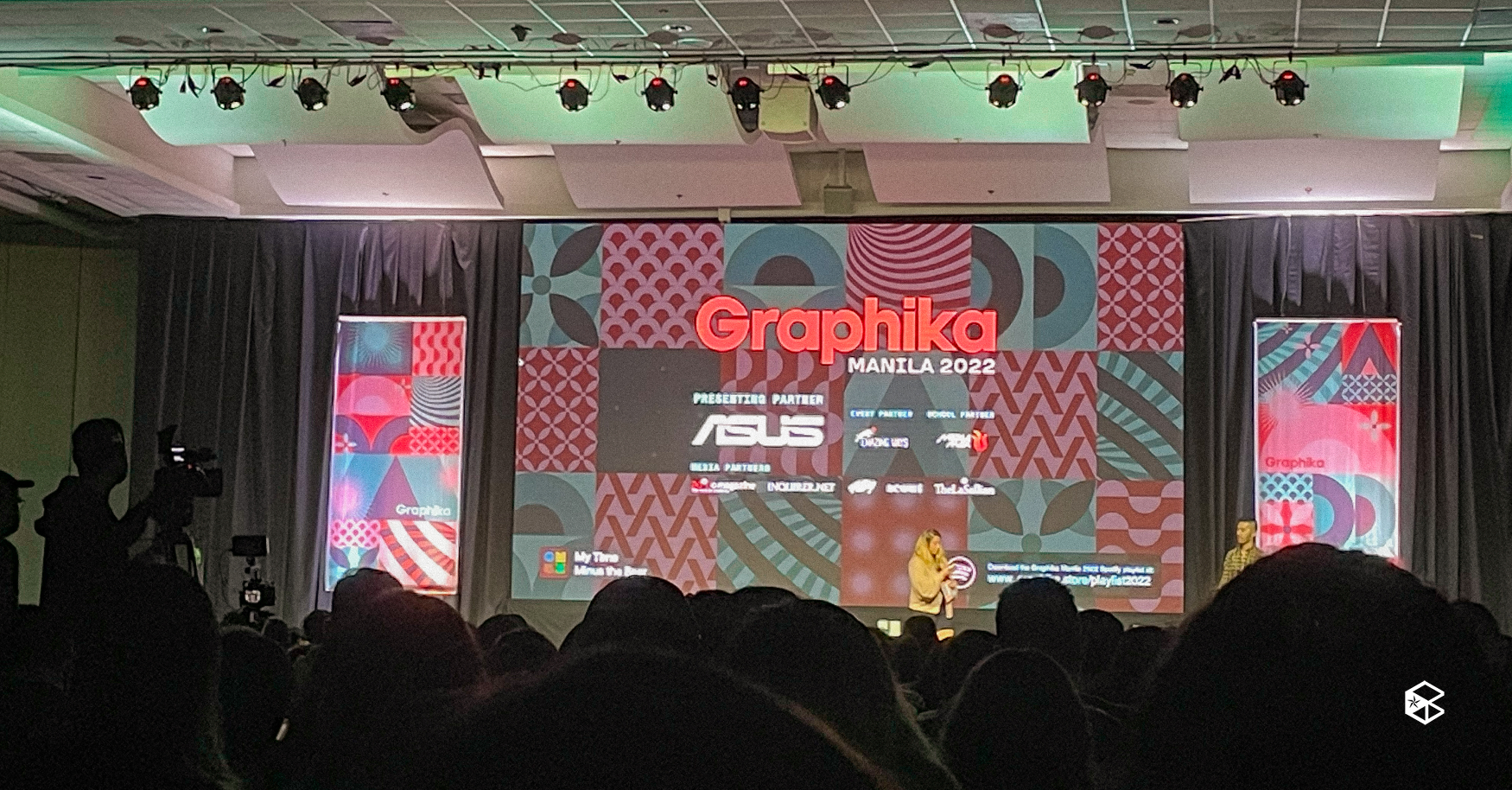 Graphika Manila 2022 lets you fuel your imagination and creativity

Get a dose of artistry and inspiration in one of Asia’s major creativity conferences held in Manila!

Deemed as one of the biggest and most influential creativity conferences in Asia, Graphika Manila brought together students and professionals from the creative industry to be inspired by notable and renowned guest speakers in the fields of design, animation, illustration on Aug. 14 at the SMX Convention Center, Pasay City.


For the past 17 years, Graphika Manila has become a must-see event for creatives across Asia, bringing professionals from iconic creative companies such as Walt Disney Animation Studios, Lucasfilm, and Riot Inc. Philippines to engage thoughtful discussions on various art and design topics.

Speaking first in the event was Mr. Stanley “Artgerm” Lau, Hong-Kong based illustrator, designer, and concept artist. He is also the creative director and co-founder of the digital studio Imaginary Friends Studios. Lau shared his creative process by citing that he stepped out of his comfort zone as an artist, especially adapting to the new normal of the pandemic. He explored new art styles, tried different subject matters, and adopted new processes in his comic works.

Meanwhile, Ms. June Digan, a Manila-based international graphic designer and illustrator, spoke about turning one’s own creative uncertainties into possibilities. The Advertising Arts alumnus from the University of Santo Tomas (UST) also shared personal lessons in embracing failures and imperfections in her art.

With her whimsical visual storytelling, Digan has made a name for herself in various art exhibitions, design blogs, and print publications. Working independently, she told attendees of Graphika Manila that young people have a lot of potential to actually make it big in the creative industry.

Driving the roads of visual effects

For the third segment, Mr. Jay Santiago, Riot Inc. Philippines’ very own co-founder and VFX director, delighted audiences with a peek into the post-production process for renowned Filipino TV shows and commercials such as the viral and surreal Basta RC Cola! advertisement and the upcoming GMA drama series “Voltes V: Legacy.”

Founded 19 years ago, Riot Inc. Post Production has since demonstrated its expertise in visual effects, CGI, and motion graphics. Santiago shared how the company has built its legacy not merely on its merits, but instead the talents and dedication of its team withstanding time.

Moreover, a surprise guest speaker was brought in and was none other than Ms. Mary Cruz, also known as “Paper Pirate,” a digital and traditional artist, an  ID 111 Multimedia Arts (MMA) graduate, and currently a Benilde professor teaching 2D Animation, Visual Development, and Figure Drawing among others.

Cruz imparted her knowledge as a multi-skilled professional, alongside displaying her colorful works, “To be many things means you have learned how to learn,” stating that there’s a lot of wonder and inspiration among the audience with her brief guesting.

A stroll through visual storytelling

In the second half of the event, attendees were introduced to Mr. Benson Shum, a children’s book illustrator and Disney Animation Studios animator. The audience watched in awe as they witnessed the magic that went behind the scenes of his animation work on Encanto and Frozen II from Walt Disney Animation Studios, as well as his children’s books “Anju The Great Kaiju” and “Go to Sheep.”

Furthermore, Ms. Tina Touli, a London-based creative director and educator, presented a unique and experimental approach to her works encompassing branding, typography, web design, and animation一with a design principle centering on the question: “What if the creative process blended both physical and digital worlds?”

Named as one of PRINT Magazine’s New Visual Artists: 15 under 30, Touli guided the audiences through her behind-the-scenes from lab to computer. She also reminded them to look closely at their surroundings, as inspiration can materialize from anything as mundane as the way pages are flipped to how ribbons can fold.

To cap off a day filled with inspiring wisdom from renowned creatives, Mr. Rob Cham was warmly welcomed back to the Graphika stage after 10 years to share 10 lessons he learned as an illustrator, komikero, art director, and friend.

The Chinese-Filipino artist, known for his silent komiks “Light” and “Lost,” stressed the importance of detaching one’s value from their art and encouraged young creatives to explore areas outside of what they’re good at to discover themselves. With a multitude of job experiences in the field, he shared his journey of making his way through the local to international scenes along with peers, the success of which he attributed to kindness as much as hard work.

After a two-year hiatus on holding a physical event, Graphika Manila returned to SMX with a bang, concluding with a diverse set of amazing and insightful talks. What’s more, attendees were given a chance to win a giveaway of the latest tech products for artists and creators by participating in the #CreateWithASUS booth challenges and raffle.

Ticket holders also got the chance to bring home a conference kit inclusive of a specially curated Graphika Art Book and a free t-shirt designed by Cham himself.

Change is scary and inevitable, but artists have learned to brave uncertainties in their personal journeys now more than ever. After all, both failures and possibilities are catalysts for growth in exploring unknown styles and redefining creativity and inspiration.

Despite the many setbacks that students and professionals in the industry have encountered and will continue to face during the COVID-19 pandemic, one thing is for sure–creatives will look inward, keep going, and change the world around them once again.