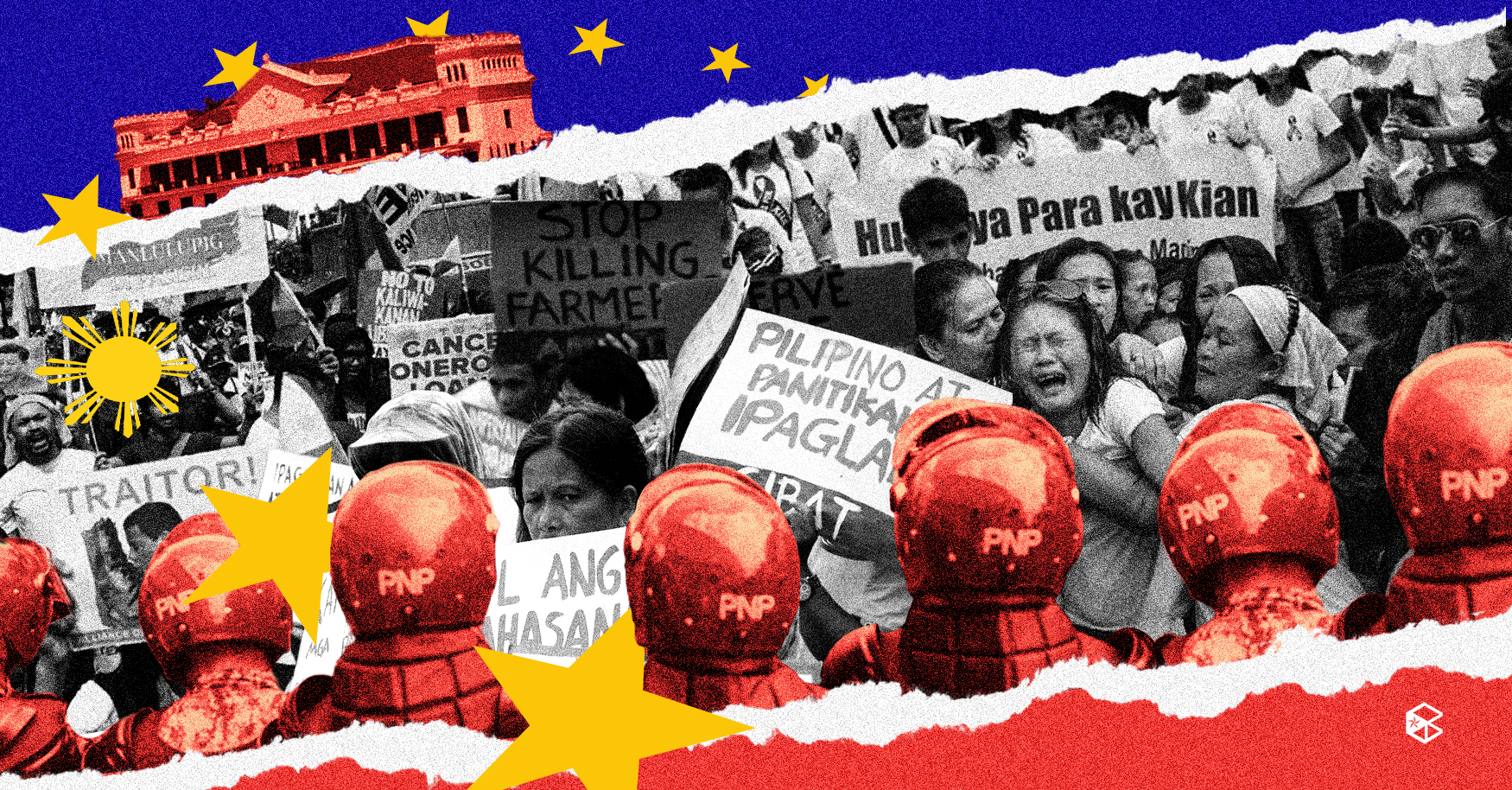 FAST FACTS: What was the state of Philippine democracy in the past six years?

“Democracies may die at the hands of elected leaders who subvert the very process that brought them to power. [...] Democratic backsliding today begins at the ballot box.”- Steven Levistky and Daniel Ziblatt in How Democracies Die.

Being the oldest democracy in Southeast Asia, the Philippine government heavily revolves around matters of political freedom, civil liberties, and human rights. Recently, however, these principles were challenged by the preexisting socioeconomic inequalities exacerbated by clientelistic politics and oligarchy. Let’s revisit what the past six years tell us about the state of democracy in the Philippines.

According to political scientist Julio Teehankee and professor Cleo Anne Calimbahin, the alienation of the masses has  resulted in the country's defective democratization. The failure of the institutions to curb oligarchy and socio-economic inequality have negatively impacted the defective democratization in the country. This has been seemingly evident in the past six years under the Duterte administration.

Data Disclaimer: The methodology is based on its overall Civil Liberties score (on a scale of 0-60) and Political Rights score (on a scale of 0-40). The following probable ranges result from the calculation's equal weighting of the overall Political Rights and Civil Liberties scores. The status of being Free, Partly Free, or Not Free is determined by adding together the aggregate scores given for political rights and civil freedoms, which are equally weighted.

Philippine democracy: A solution or a problem?

Despite being one of Asia's oldest democracies, political scientist Julio Teehankee and professor Cleo Anne Calimbahin state that the rise of authoritarianism, right-wing populism, and pernicious societal and political polarization have become laboratories for illiberal laws and policies, which subverts the process of democratic consolidation in the Philippines.

In 2022, the Philippines dropped to 147th place in the World Press Freedom Index according to the Reporters Without Borders (RSF), a global press watchdog, coming from 138th place in 2021. Information dissemination has always been the lifeline of democracy, however, during the Duterte administration, continuous attacks on press freedom were made, such as the shutdown of ABS-CBN, one of the largest television networks and broadcasting companies in the country.

Even despite the pandemic, the network's closure was pursued by the administration. The implication of this is crucial as it breaches the access to information, especially of those whose source of information lies on mass media.

Clearly, this is a grave assault to the freedom of the press, especially since it was driven by political interests, as a subsequent punishment for criticizing the government. In a speech, Duterte himself admitted to using presidential powers as a means to influence the decision to shutdown ABS-CBN.

“Kaya tinira ko talaga sila (ABS-CBN). Talagang I used the presidential powers to tell Congress that you are dealing with scoundrels and if you continue to kowtow with them, kawawa ang Pilipino,” Duterte mentioned.

Meanwhile, Rappler, a Philippine online news and media outlet, also became a target of scrutiny and intimidation, and now faces a risk of closure. The Securities and Exchange Commission (SEC) ruled that Rappler is in violation of constitutional prohibitions, particularly those relating to foreign ownership in the media, two days before Duterte left office.

Furthermore, human rights were also curtailed by a series of military intimidation and repression. A report in 2020, published by the Commission on Human Rights (CHR), stated that under the Duterte presidency, at least 134 human rights advocates had been killed. Such systematic attack on the rule of law further translated to rampant red-tagging—stigmatizing human rights defenders and political dissidents as communists.

Such an incident is no longer new as militaristic response was always the option for the administration in pursuit of Duterte’s law and order campaign. Various human rights groups recorded the killing of around 20,000 people extrajudicially during Duterte’s subsequent war on drugs, including during police operations and vigilante. Evidently, this undermined the right to due process of the law.

On April 1, 2020, during the onslaught of the COVID-19 pandemic, Duterte gave a speech instructing military and police to "kill" any civilians planning to go against lockdown procedures, which further encouraged such militaristic response.

The existing democratic institutions and accountability mechanisms were undermined due to violent insurgencies, impunity, and human rights abuses. The rule of law was left impaired and this has translated to punitive measures.

The Philippines is indeed witnessing a significant decline in the commitment of the principles of democracy and rule of law. However, such development was always prevalent, even before the Duterte administration took office. In a study conducted by Teehankee and Calimbahin, the country has failed to transition into a healthy functioning democracy. Because of sustained clientelistic politics which centralized the distribution of goods and services in the hands of elites, or political dynasties, democracy was deemed defective. The country and its democratic institutions were found vulnerable to the interests of political and economic elites and affected the society’s access to resources and policy priorities.

It is time to transform and rebuild democracy

As a colonial legacy of the United States in the Philippines, the establishment of liberal democracy in the country has always been a challenge. Historically, the functioning of Philippine democracy has been significantly influenced by powerful politicians, oligarchs, and economic elites in the country. This has aggravated corruption, political dynasties, and patron-clientelism. More so, successive administrations have failed to create and execute socioeconomic policies that serve the demands of the poor and middle class because elites control the legislative and policymaking processes.

Consequently, this heavily affected how democracy is perceived, especially by the majority of the masses. This problematized democracy as it created a misconception that the principles of democracy were only for the "rich.” Hence, the rise of Duterte was lauded and supported by many, despite his assaults on democratic institutions. Duterte capitalized on anti-elite sentiments through populist rhetoric as a way to justify his authoritarian leadership.

Ms. Carmel V. Abao, Ph.D, an Assistant Professor of Political Science at the Ateneo de Manila University, affirmed in one of her lectures that as long as few political elites continue to dominate the practice of Filipino democracy, more Filipino citizens will remain economically and politically disempowered, deprived of their rights and forced to depend on the interest of those in power.

“The solution is to transform our democratic processes, not to get rid of democracy. [...] We have much to learn and unlearn,” Ms. Abao asserted.