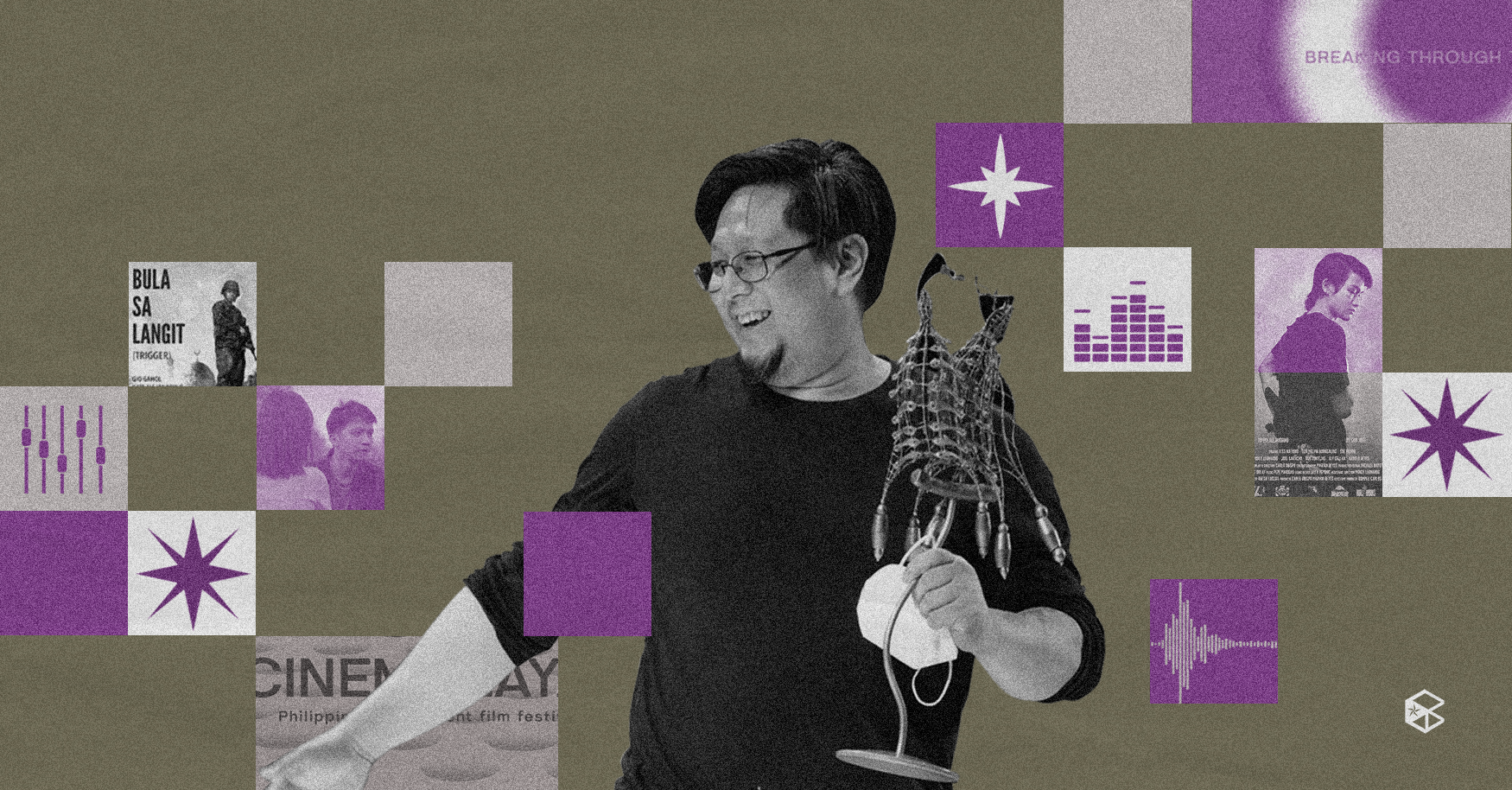 “Dialogue is where we hinge our logic, we hear what the characters say. [...] Sound effects make it feel real or make you understand what the reality of the character is. [...] Music is invisible–what the real emotions are.” - Mr. Jose “Pepe” Manikan


Directed by Sheenly Gener, award-winning Filipina actress and filmmaker, “Bula sa Langit” centers around Wesley (Gio Gahol), a young Marawi war veteran, who is excited to bring his girlfriend Ritz (Kate Alejandrino) to meet his family. But as he is welcomed with “unsolicited hero worship” upon arriving一Wesley feels overwhelmed, alienated, and haunted by the trauma of war.

A moment of recognition

Initially, Mr. Manikan was bewildered with the fact that Immanuel Verona, a sound engineer for film and the sound designer for the fellow feature film entry “Kaluskos,” was called to present the Best Sound Design award during the ceremony.

Mr. Manikan was still committed to work on the film despite the circumstances of the production timetable. “The reason why I also teach in Benilde is so that I have stability with finance,” he shared in an interview with The Benildean.

Mr. Manikan perceives his music and audio production for independent films as fulfilling, as this work is something that truly taps into one’s creativity. During the past years, he has worked on one feature film and two short films一Cats and Dogs from Ms. Anya Zulueta, a Benilde film instructor, filmmaker, and screenwriter, and “Si Jet at Ang Dark Lord ng Dol Gurskul” from Mr. Gio Gonzalves, a Benilde MMA instructor, filmmaker, and documentary cinematographer.

Dialogue, sound effects, and music are the three basic elements of sound for media. Upon reading the film’s script, Mr. Manikan shared that the film’s initial use of music felt wrong. “Malaking bagay ‘yung sound design sa “Bula sa Langit,” especially because Sheen (Gener) wanted to illustrate the different world na pag-real world which sounds normal. [...] So I removed about 80% of the music and focused on the sound design.”

With the protagonist of “Bula sa Langit” suffering from post-traumatic stress disorder (PTSD), the team’s approach was to make Wesley's feeling very plain and nothing too spectacular. “During the flashbacks, iyon ‘yung atake namin sa sound design, ‘di ‘yung siya na mag-a-acting nang sobrang laki,” Mr. Manikan said, highlighting that he took into consideration that other films centering on PTSD tend to romanticize the use of roaring sound effects and exaggerate the experience.

“I was also lucky–among the films, “Bula sa Langit” had the most opportunity for sound design to really shine.” Even with the lack of budget, Ms. Sheen trusted Mr. Manikan to work on the project in a span of two weeks. It was somewhat a “clutch moment,” as normally, he would ask for a month solely for sound design work and another month just for music.

The master and his student

Mr. Manikan’s mentee and co-Multimedia Arts (MMA) audio professor Mr. Paulo dela Cruz also helped in the film’s foley and some of the sound design work. Foley, the art of making sound effects for film, truly contributes to making a film’s setting feel real on screen. As an educator in Benilde, Mr. Manikan said that the fun part is being able to impart his workflow system to his students in MMA and film.

Mr. Manikan graduated with a degree in Philosophy from De La Salle University-Manila (DLSU-M) and has been teaching in Benilde since 2006. Sharing his experiences to his students, especially amidst the accolades, serves as cultivating a learning environment for them.

The learning doesn’t stop outside the classroom. For students in the field of sound design or filmmaking in general, Mr. Manikan said, “If you have a really good teacher, pay attention to them. Ask questions. More than what they’re teaching, more than the curriculum, and more than the syllabus. Pick their brains. Ask them about their experience. More than the lessons, that’s what you want to know, how they do these things.”