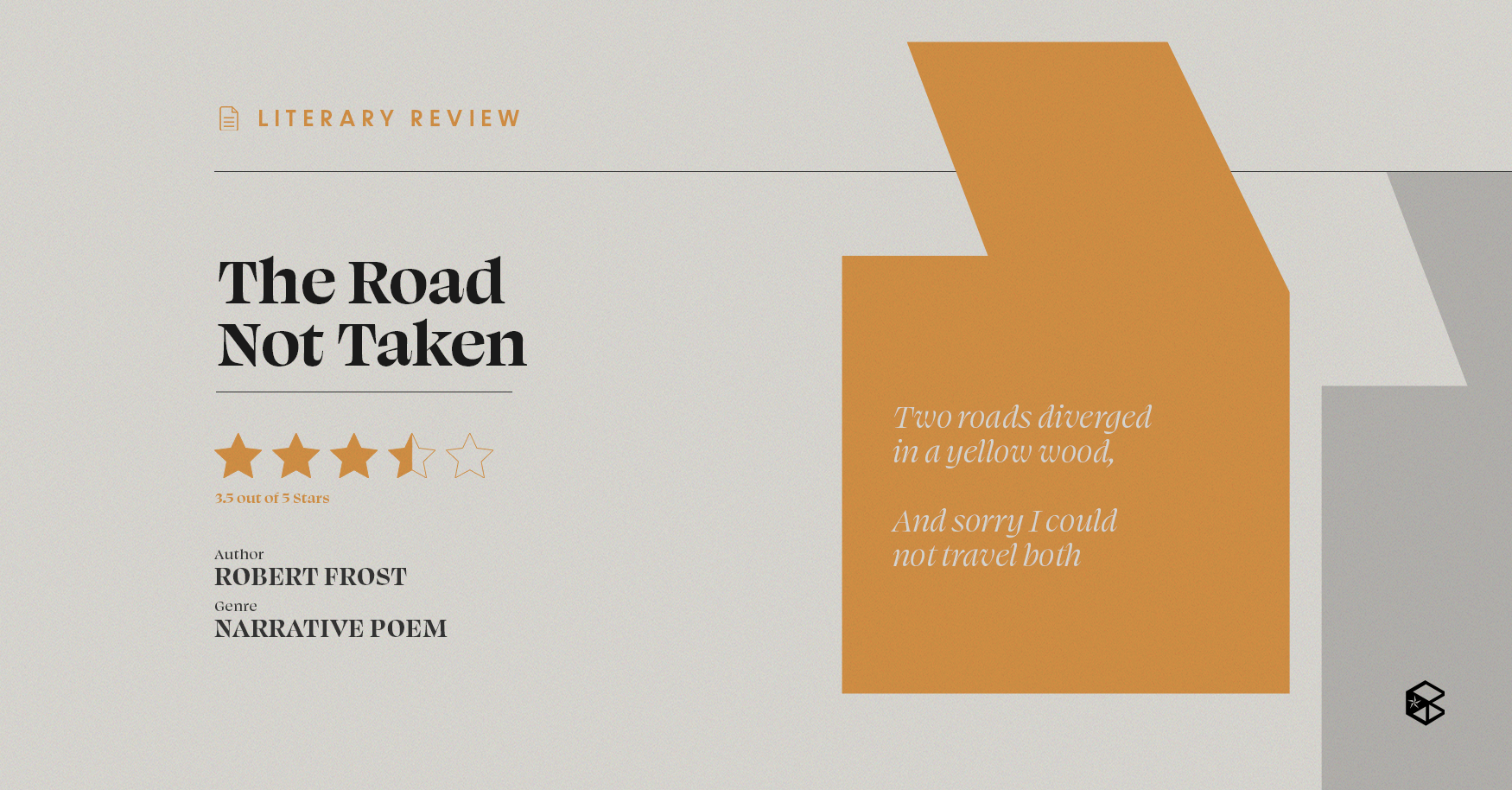 The Road Not Taken: Evaluating the decisions we make

Every choice has its consequences.

The Road Not Taken is a narrative poem written by award-winning American poet Robert Frost back in August 1915.

Whether you believe it or not, The Road Not Taken’s origin was due to Robert Frost not knowing which road to choose as he took a stroll with a friend. The poem was written as a joke to his  fellow poet, Edward Thomas, where Frost additionally remarked how college students examined his poem a little too closely. As such, that piece of history will repeat itself at this very moment.

In a metaphorical sense, The Road Not Taken talks about crucial decisions to be made, and examines the impact of it when they go through with it. Everyone spends their life making decisions—regretting some, celebrating some. Regardless, a lesson blooms out of the consequences. It reflects whether such a decision, in hindsight, could be considered good or not.

The poem particularly emphasizes the sense of regret that comes with not choosing the other option, as seen in—

And sorry I could not travel both

These lines portray the traditional sense of how decisions ought to go: like in a multiple choice exam, a student cannot choose more than one, the same way a dilemma needs to be won by a single victor. It begs the question of why it is impossible to choose between both options in the first place: is it regarded as cheating? Unfair? Impossible? But does it not bloom another set of choices: to choose both options, or to not?

Yet as we choose one crucial choice from another, we have to stand by it—this is the old story. It is possible to discover something new and insightful from it, the same way these lines say so—

Then took the other, as just as fair,

And having perhaps the better claim,

Because it was grassy and wanted wear;

In a more literal sense, it seems that Frost was able to admire the pavement he walked on. The same way a choice may be beneficial. It might be tedious trying to defend it, but it was deliberated upon, thinking it would serve one’s interests the best.

But do you find yourself thinking, “What if I did not do this, and did that instead?”

…Though as for that the passing there

Had worn them really about the same,

And both that morning equally lay

In leaves no step had trodden black.

Frost laid a comparison between the two roads and found out they were rather similar: they were both worn with time, marked by the weight of numerous footsteps, draped by dirty leaves that morning. The assessment of choices is slowly making way for acceptance, giving out the idea of “Oh, what was I fretting about in the first place?”

Oh, I kept the first for another day!

Yet knowing how way leads on to way,

I doubted if I should ever come back.

The feeling of eureka has surfaced here, saying, “This might not be so bad.” Thus ending this with final acceptance—

Two roads diverged in a wood, and I—

I took the one less traveled by,

And that has made all the difference.

A common misconception about choices is being gatekept from having the options, and that an outcome is inevitable and must be lived through. It is undeniable that the road someone takes today will make a difference. Alternatively, a person may pose an observation and feel either grief or contentment from walking it. However, it is possible to turn things around—maybe not tomorrow, or in the following week, but someday. It always takes a little bravery and willingness to do so.

You can read this poem for free on poets.org.