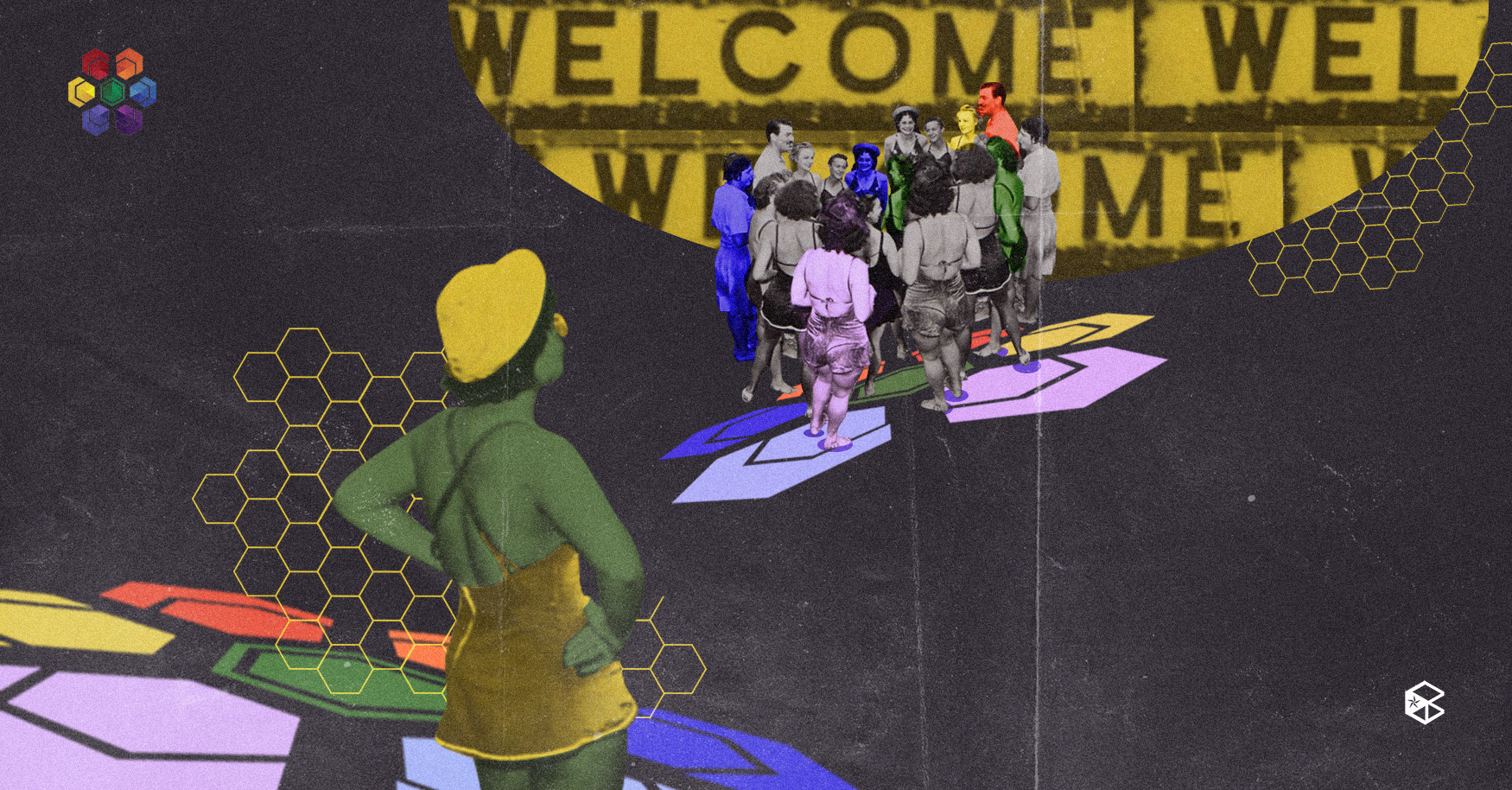 Inside Benilde Hive's fight for equality

“Always remember what we’re fighting for. We can’t simply forget the inhumane acts that our members experienced during these previous years.” - Corlisse Nicholas, BHive Vice President for Internal Affairs

Under the continuous barrage of health issues and political stress, LGBTQIA+ members need a haven of like-minded individuals. Benilde Hive, the first accredited LGBTQIA+ student organization of De La Salle Philippines, welcomes all to its barkada.

A leap of faith

Founded by Benildean alumnus and Multimedia Arts graduate Paolo Bustamante, Benilde Hive (BHive) began as a Facebook page for the LGBTQIA+ community members in Benilde to share common interests, build connections, and freely express themselves. As the community grew, Bustamante realized the potential of BHive and the opportunities it presented for future Benildean LGBTQIA+ students, which ultimately led to the establishment of the first accredited LGBTQIA+ student organization of De La Salle Philippines.

The organization aims to raise awareness of human rights, change perspectives on the LGBTQIA+ community, and advocate for equality. They strive to fight against the misconceptions and discrimination against the LGBTQIA+ community and promote inclusivity in Benilde and the Philippine society. BHive also aims to inform and educate society on controversial issues by featuring topics such as HIV, AIDS, and Sexual Orientation, Gender Identity and Expression, and Sex Characteristics (SOGIESC).

In line with their commitment to equality and inclusivity, the organization conducts free HIV testing for Benildeans in partnership with Benildean Red Cross Youth Council (BRCYC), which was only stalled in the previous years because of the COVID-19 pandemic. Moreover, they also speak up on issues related to human rights and mental health awareness—upholding the belief that LGBTQIA+ rights are human rights. Most importantly, however, the organization is also known for organizing the annual Benildean Pride March, which serves as both a celebration and a protest for the LGBTQIA+ community.

On the matter of this year’s Pride Month, Corlisse Nicolas, ID 119 Digital Filmmaking student and BHive’s Vice President for Internal Affairs, remarked that “Pride just gets more and more meaningful every year. Members of the community went through a lot during the course of the pandemic, having both negative and positive experiences. Being confined in our own homes, it gave us time to sit by ourselves, allowing us to do some self re-discovering.”

“In my case, while I still label myself as bisexual, I’m currently realizing that I’m probably a pansexual biromantic. My expression also used to be androgynous, but this time gave me a chance to embrace my femininity more. Ultimately, it’s really just a realization that one’s SOGIESC is ever-changing. At the end of the day, labels are only meant to help us understand ourselves better, but not define us,” she added, reflecting on her soul-searching journey.

Like Nicolas, the many members of BHive and the LGBTQIA+ community have their own stories from inside confined rooms. To cope, BHive focuses on creating a barkada-like environment, directing its energy to internal events like team building and movie screenings. Though necessary, these efforts to build camaraderie and organize meaningful events can take a toll on the mental health of already busy students.

The challenges of the global pandemic, heavy academic workload, and other personal issues have caused many BHive officers to come and go. With limited resources, Nicolas shared that “...this makes it hard for us to push through with our programs, especially those that require a lot of work in terms of creatives and logistics,” shedding light on the struggles LGBTQIA+ student leaders could be going through.

What lies beyond the clouds

Despite what problems might have arisen from current events, BHive continues to hope for its future. They wish to continue the advocacy and are hoping to work with Benilde’s Central Student Government to implement the SOGIESC Policy in the College, which also aims to empower students and faculty at a time wherein the Anti-Discrimination Bill has yet to be made official.

Zooming out to look at the LGBTQIA+ community at large, according to Nicolas, the LGBTQIA+ community in Benilde continues to grow yearly, prevalent in the increasing members of BHive itself. As the world becomes more accepting, hopefully enough to fully recognize equality, it isn’t surprising that there is an increase in people associating within the spectrum of identities.

“I think we’re just all hoping for a future where equal rights prevail. One where we won’t have to worry about being abandoned and persecuted because of our identities, one where we’re able to love ourselves and others freely, one where we’re able to live our own truths—as people with diverse SOGIESC, as persons living with HIV/AIDS, and as regular individuals simply longing for a safe and peaceful life,” Nicolas added.

While Pride Month 2022 ended last June, LGBTQIA+ members will wake up amid a seemingly endless fight for equality. Organizations like BHive have taken their stance to uplift each other from that slumber.

In parting words, Nicolas shared that “As Pride Month ends, our fight for human rights continues. It’s important to find your people and a support system so you won’t feel alone.”

Look into more LGBTQIA+ organizations via their Facebook pages:

Side B - SOGIE Education, Bi-visibility, and employment equality.