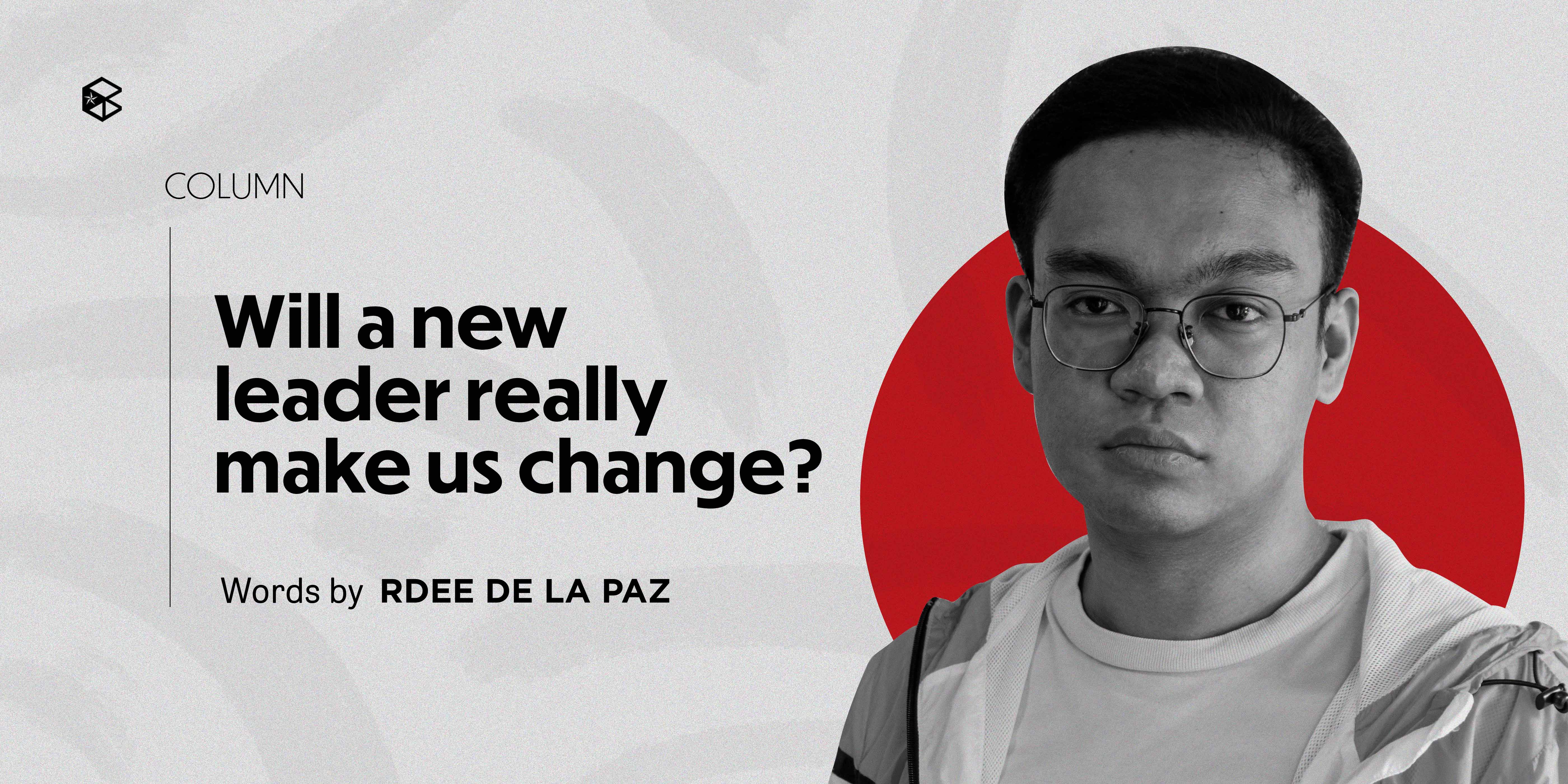 Will a new leader really make us change?

After six years of “change is coming,” we’re still here waiting for it to happen.

When faced with a mix of new and aggravating problems in the country, will new leadership equate to change? Or will we be stuck repeating the same pattern that the system has been punishing us with for generations?

With nearly two years into the COVID-19 pandemic, the country has yet to improve its situation substantially under the current administration. Still, with no mass testing nor seemingly data-driven or science-based approaches, the country’s road to normalcy is not a hopeful one. Along with issues such as national debt, inflation, unemployment, and the dispute in the West Philippine Sea, these are only a few examples of the deteriorating quality of living in the country, especially for the working class and the indigent population.

As we face these concerns, it is evident that the upcoming national elections will be crucial to the welfare of the country. While we cannot guarantee who among the electoral aspirants will take the seat of power, we know who not to vote for based on their track records and stances on certain issues.

Despite the need for a change in leadership, the past elections have only brought about band-aid solutions to existing problems in the country. For example, President Rodrigo Duterte and his “change is coming” trademark, which after six long years, evidently failed. His landslide victory was once a result of dissatisfaction towards the past administration, and today, this pattern is bound to happen because people are dissatisfied with the administration, most notably in handling the COVID-19 pandemic.

Looking at both past and present leaders, the majority of them were unable to bring about a drastic change in the country—with many of them plagued with issues of corruption, incompetency, and public distrust. This has been a prominent issue in the government, especially so when considering our long history with those who abuse power and those who revolt against it.

But with how times have changed, the power of information and media, through news outlets and social networks, has affected how people choose their leaders. Along with background checks, long-term plans and platforms are laid out more publicly. And with the youth developing a growing interest in national and political issues, their role in the national elections will be critical.

So, would a new leader bring change?

As we can see, our current system is rotten to the core. From political dynasties, the use of “guns, goons, and gold” or the exploitation of violence and vote-buying during the elections season, anti-poor policies, and a justice system catered to the ruling class, such does not benefit the ordinary Filipino. What we need is a new system that caters more to the people rather than to those in power. But considering the current situation, a change in leadership would be the best way to address the problems of the country right now.

As presidential aspirants begin to announce their plans, there are several questionable stances that may or may not be non-negotiable for us. Nevertheless, what we truly need is a break from the typical leaders who instill fear in exchange for the promised change. If the next elected leader introduces governance that prioritizes the people, the change that we’ve always strived for can finally be feasible.

Additionally, the next leader should have a sense of urgency and should not rely on false resilience and romanticize bayanihan, as natural disasters in the country become more devastating due to the effects of climate change. These qualities, along with track record, their political performance, platforms, and stances on national issues, are instrumental steps in choosing the best leadership for the coming years.

With a number of unsolved issues in the country today, many of us are hungry for “true change,” and this is something that can only be achieved under a new system and a new leader that caters to its constituents. However, we mustn’t fall into the trap of the aspirants’ promises of “change” or “unity” that disguise their self-serving agendas for power, because if we do, we will only fall victim to the mistakes of the past.