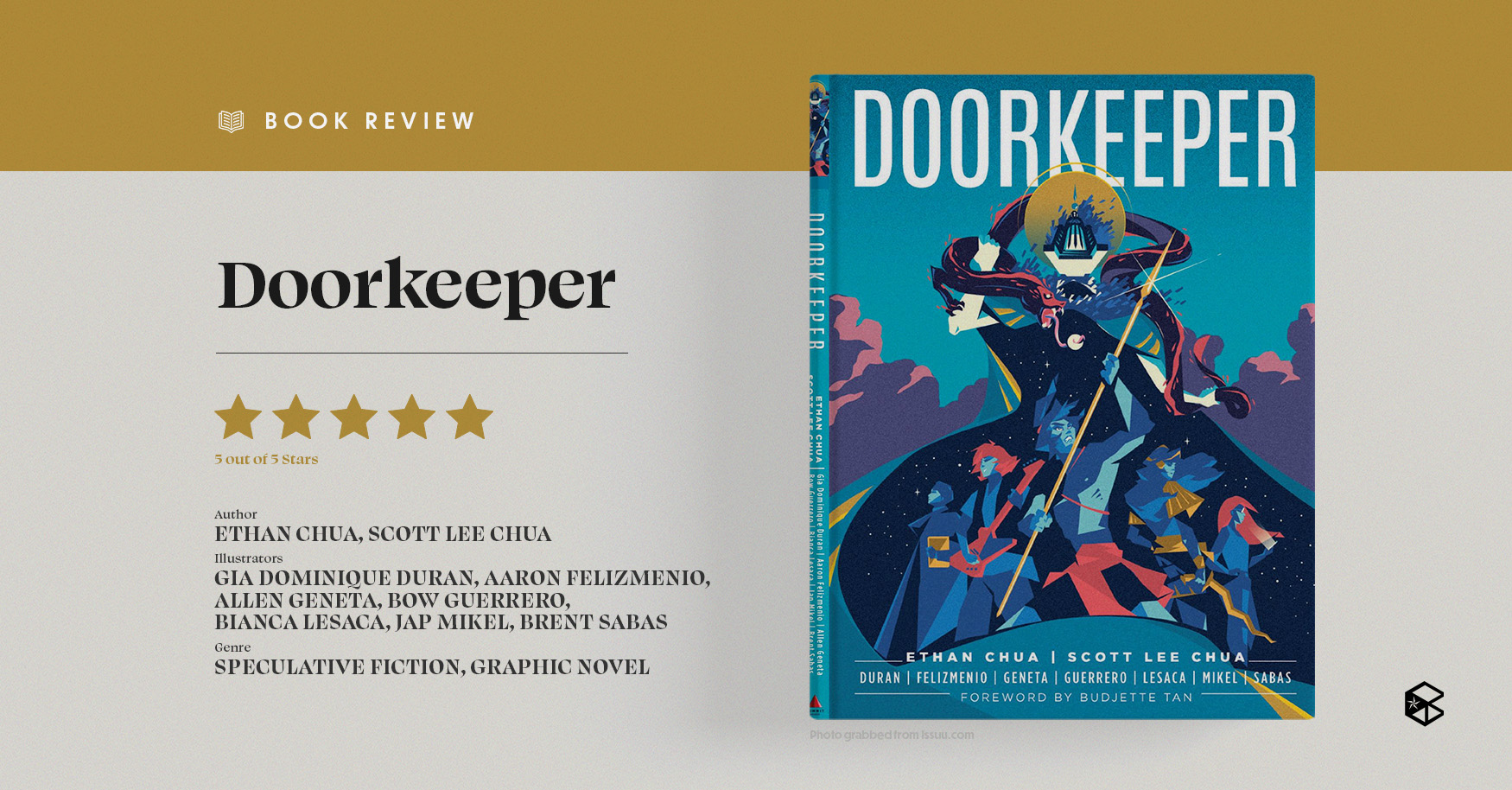 Doorkeeper: How time both ruins and connects

All of our choices have led up to this moment.

Masterfully crafted, Doorkeeper tells the story of six individuals spread throughout the past and future of the Philippines, all tied together by the titular character. Successfully marrying Philippine culture and speculative fiction, the graphic novel’s recurring theme of choices shows how a single decision could unfold an entirely different path—and the price to pay for such.

Doorkeeper is reminiscent of the short stories in the science fiction show The Twilight Zone. Published by Summit Books and launched in Komikon 2017, a majority of the book’s stories allude to Philippine mythology and history; from a battle against the moon-eating Bakunawa to the execution of GomBurZa. It shows how humans are often mere cogs in the machinery of time. Existing since the dawn of life, Doorkeeper would show themselves to mortals during pivotal moments of their lives, and present them with two different ways their destinies could pan out based on their actions. They are an all-seeing, celestial entity, capable of shapeshift and time travel via portals. Though powerful, they are bound by many laws coming from an unidentified higher being; the most important being to not interfere.

The burden of sacrifice

One of the feelings Doorkeeper successfully captures is heartwrench. Not only are their fates on the line, but their country’s as well; and picking the “right” choice often means rejecting a life of comfort and happiness. The characters are so well-written that it is easy to be enthralled by their stories even after just a few pages. The authors were successful in making people root for them.

There are times you may even catch yourself wanting the protagonists to pick the easy way out, though it may spell selfishness. This is evoked by seeing all their “what could have beens,” may they be a safe life in America free from martial law or a few moments of a paraplegic daughter finally walking. Yet we know, and it is made clear, that these characters would almost always choose the just route.

A symphony of styles

Six artists illustrated each individual story, while the seventh one drew for the inner covers. This gave way to a fresh variety of styles. Though each is widely different from the other, they mix together shockingly well. Each style gives their segment a unique mood and feel, thanks to the talented artists who span from past game developers, comic book artists, and children’s book illustrators.

Each page commands the mastery of visuals, may they be digital or ink and watercolor. One can never tire of revisiting the novel to fully appreciate the details and hardwork the authors and illustrators have put into this short read.

All six protagonists are interesting in their own right, but none is more intriguing than the Doorkeeper. The first time they were introduced, they were presented as a stickler to the rules. They would never intervene, only show; not to influence, but rather serve as a harbinger of the future.

Yet throughout the novel, we see them become more humanized. This character is given more depth, turning them from a cold guardian to a sympathetic acquaintance. Progressively, they have given into loopholes in order to grant favors and done a great deal of sacrifice as well. It is also a treat to see the many forms they take depending on who they converse with or what domains they enter.

Going back to our roots

As mentioned, this book is packed with many references to Filipino culture. It would serve as a great gateway for anyone who wants to be more familiar with Filipino history, or even see these stories in a different light. Though separated by time, it is implied that each short story exists in the same universe, thus showing how one could affect the other. The plot is also laid out well enough that anyone could understand the context of each story without it being too exposition-heavy.

Authors Ethan Chua and Scott Lee Chua put it best: this book is a “love letter to Philippine storytelling.”

You may meet the Doorkeeper online for free on Issuu, or face to face in all major bookstores nationwide.

Tags: LITRAIL
Tweets by TheBenildean
Printed from http://localhost:3000 on 4 February 2023