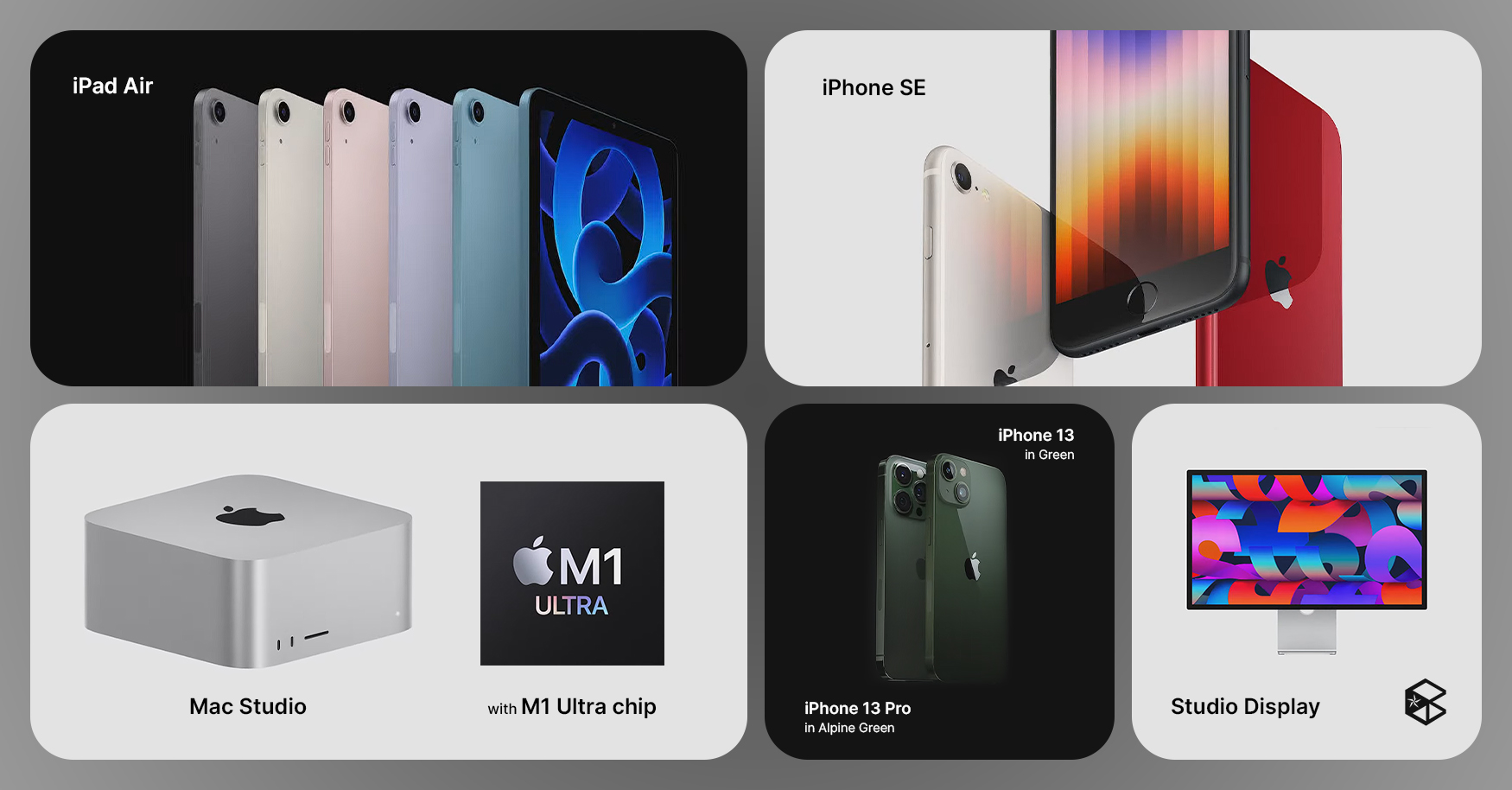 Apple’s first event of the year features both new and refreshed products from their lineup of devices.

After the release of the new iPhone 13, M1 Silicon, and MacBook lineup in 2021, Apple’s “Peek Performance” event today, Mar. 9, unveiled a refreshed iPhone SE and iPad Air and a new M1 Silicon, Mac desktop and display.

Apple’s flagship iPhone 13 and iPhone 13 Pro lineup was refreshed with two new colors, green and alpine green. Previous versions of the iPhone offered a lighter shade of green as well as a midnight green for the iPhone 11 Pro. 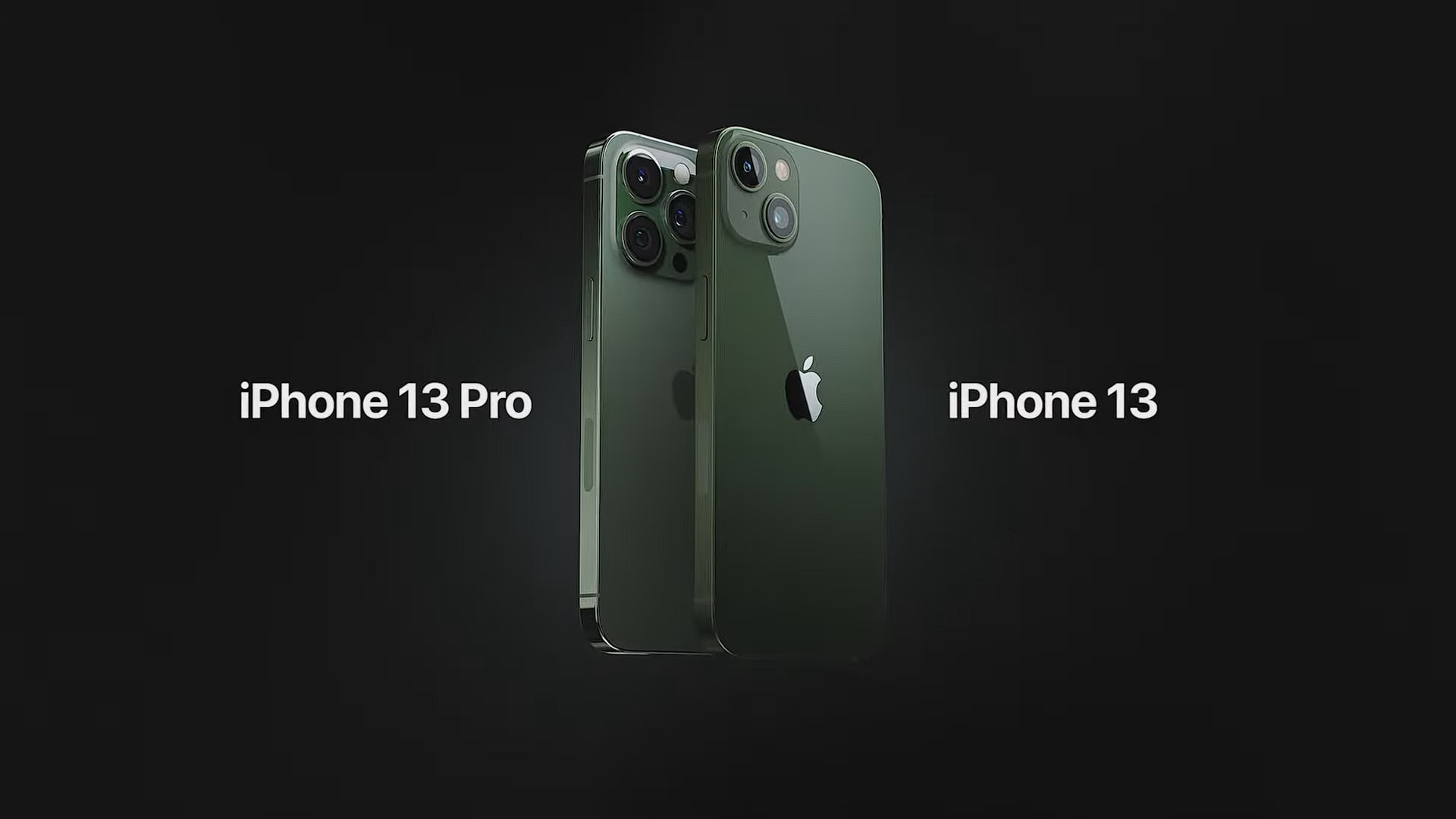 As Apple continues to refresh its iPhone lineup, they introduced the new generation of iPhone SE by bringing its latest A15 Bionic chip and 5G connectivity. It has a 12-megapixel wide camera which features the new Smart HDR 4, Photographic Styles, and Deep Fusion, which were first added on the iPhone 13. The SE adopts the same 4.7-inch display from its previous generation with an improved glass screen and aluminum body. Apple claims to have better battery life and 100% recycled components in line with their commitment to the environment. 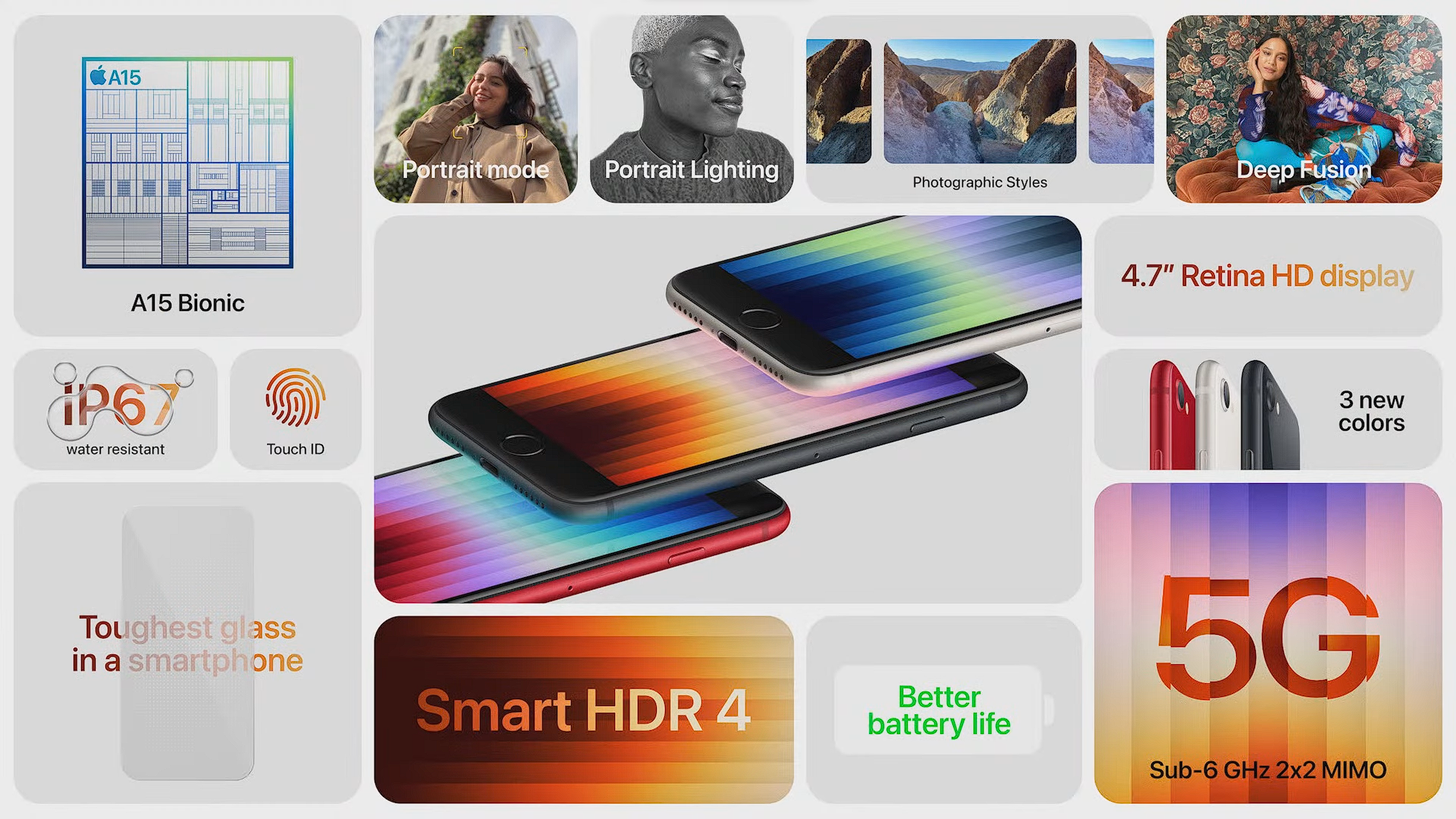 For the iPad Air, Apple packed its new M1 silicon in which they claim to have 60% more performance compared to the previous generation. It has a 10.9-inch retina display, Touch ID, and the same design as its predecessor. The new iPad Air is equipped with a 12-megapixel rear and front camera with Center Stage for FaceTime. Apple also improved the Air’s connectivity by bringing the latest 5G and Wi-Fi 6. The 5th generation iPad Air comes with the feature-packed iPadOS 15 for productivity.

The new iPad Air comes in Space Gray, Pink, Purple, Blue, and Starlight with a starting price of ₱35,990.00 for 64GB storage. Apple Pencil and Smart Keyboards are sold separately. 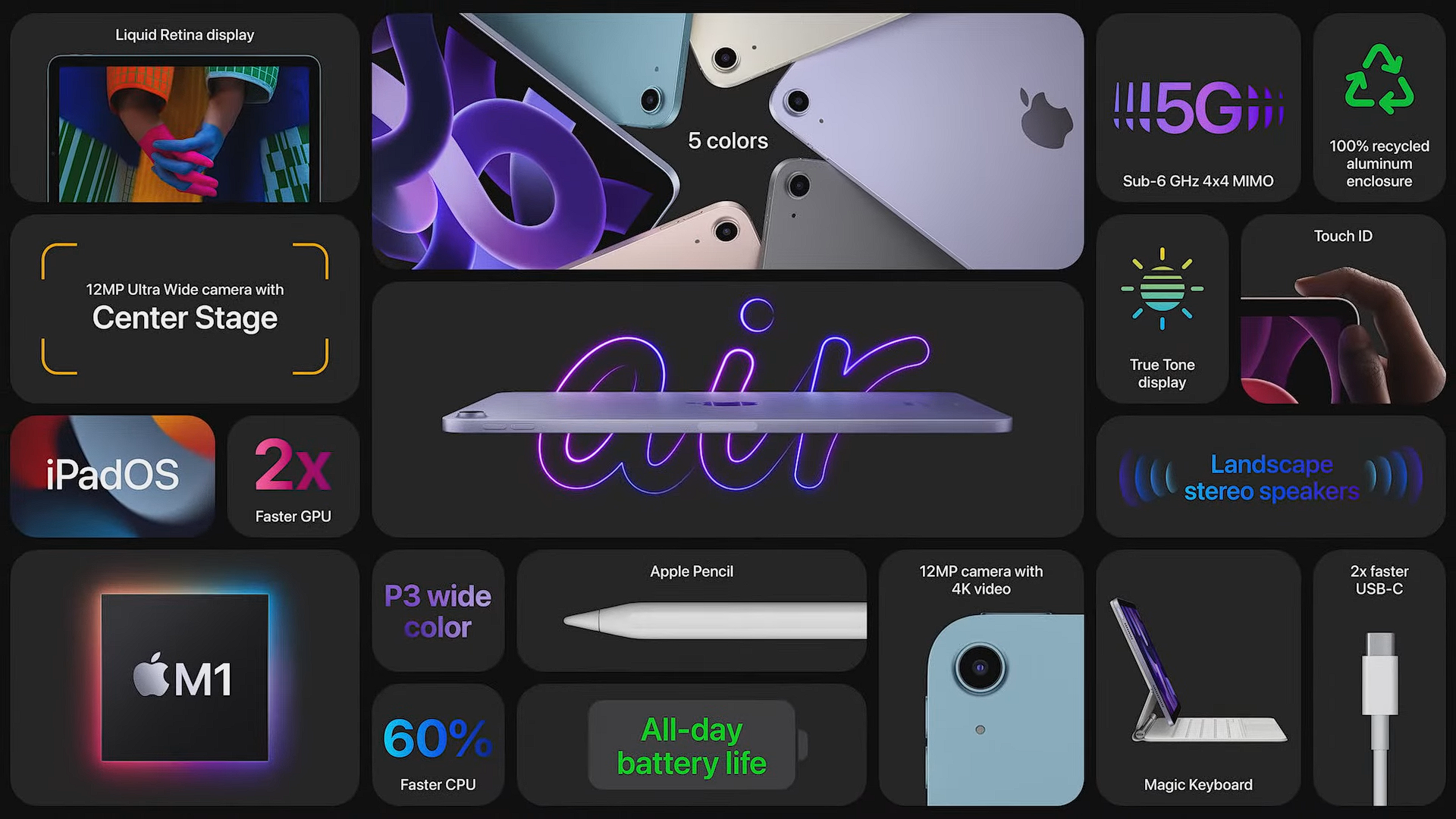 The new M1 Ultra silicon features a five nanometer, 20-core CPU, 64-core graphics processing unit (GPU) and 32-core Neural Engine which is made possible by combining two of their previous M1 Max Silicon or what they call UltraFusion. The new silicon can be configured with up to 128GB of unified memory. Apple claims to deliver 90% more CPU performance and 200W less GPU power consumption when compared to a 16-core desktop PC and a high-end discrete GPU. As of writing, the M1 Ultra only comes with the new Mac Studio. 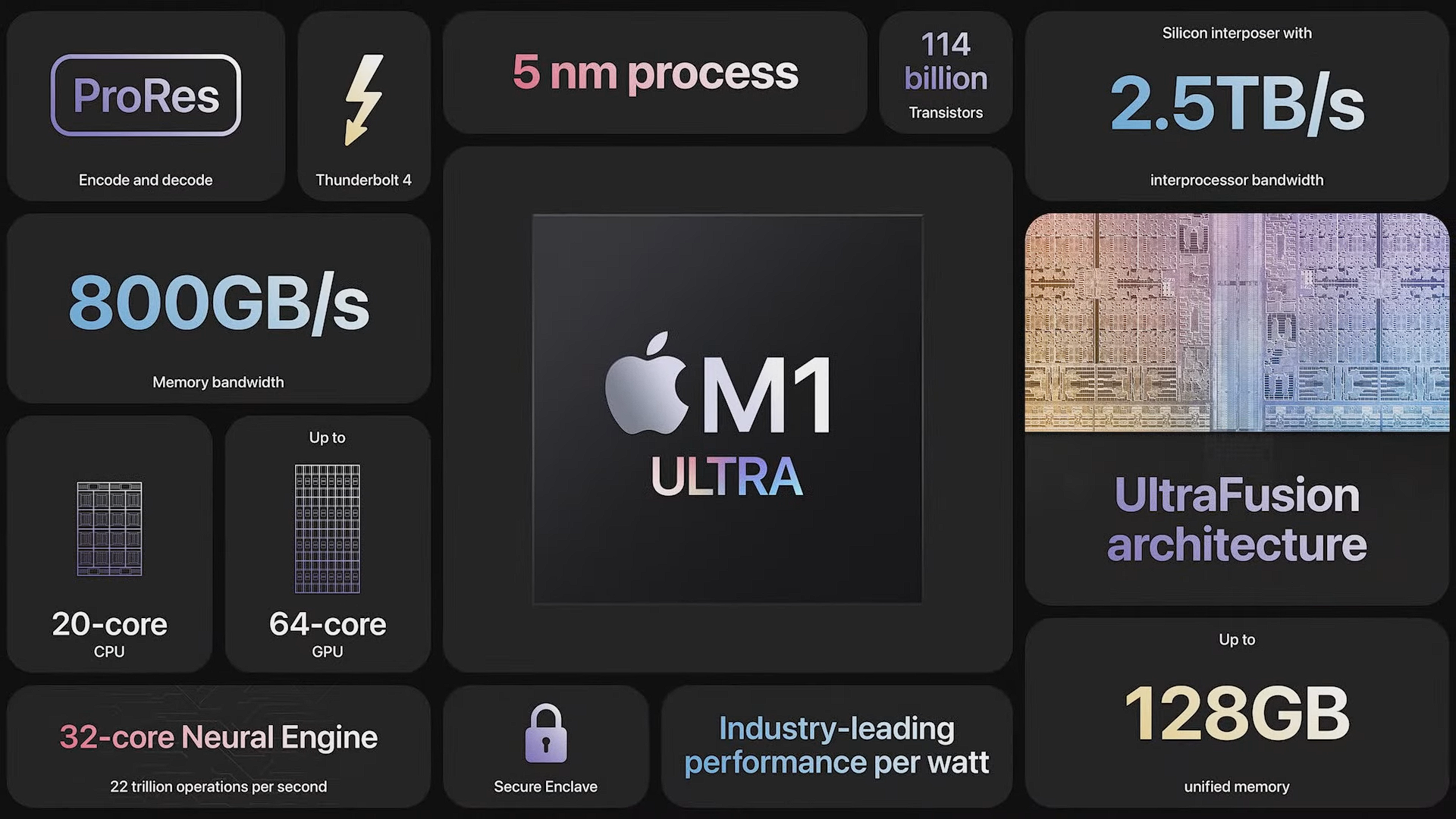 Expanding Apple’s Mac desktop lineup is their new Mac Studio that caters to professionals in the field of music, 3D and AR, film and video, and many others. The new Mac features a 7.7-inch wide by 3.7-inch tall box design with two USB-C and an SD card slot in the front while a 100-Gigabit Ethernet port, two USB ports, and an HDMI port at the rear. Mac Studio can be configured with M1 Max and M1 Ultra with up to eight terabytes of storage and 128GB of unified memory. 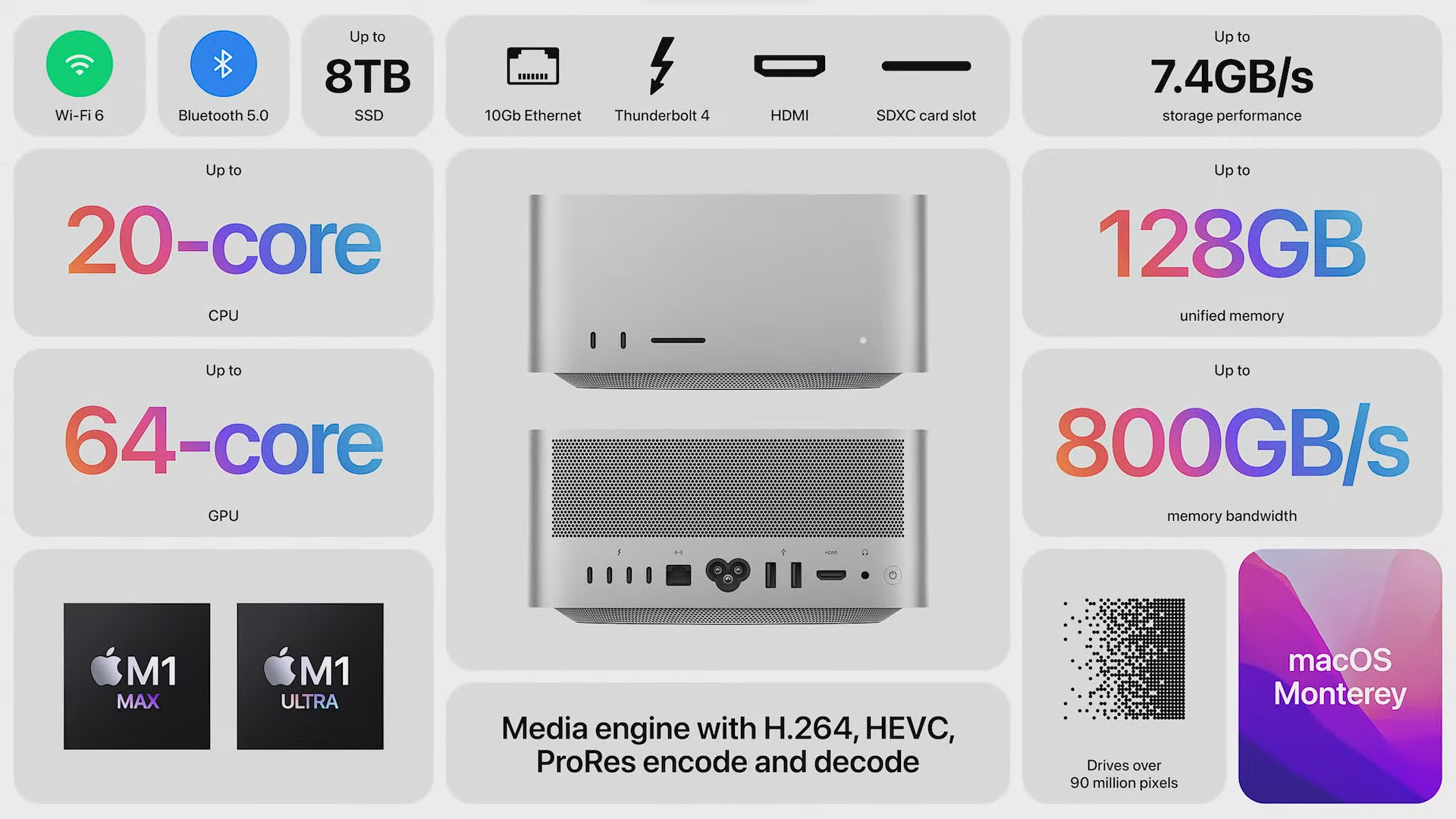 To pair with the Mac Studio, Apple also unveiled a new Mac-compatible display, the 27-inch Studio Display. The new screen is a 5K retina display that features a professional-grade Wide Color (P3), 600 nits of brightness, and True Tone Technology. It also comes with M1 silicon which enables both the 12MP ultra-wide camera for Center Stage and the six-speaker system for Spatial Audio support when playing Dolby Atmos supported content.

Studio Display starts at ₱94,990.00 and can be configured with a standard or Nano-texture glass, Tilt and height-adjustable stand, and a VESA mount adapter. 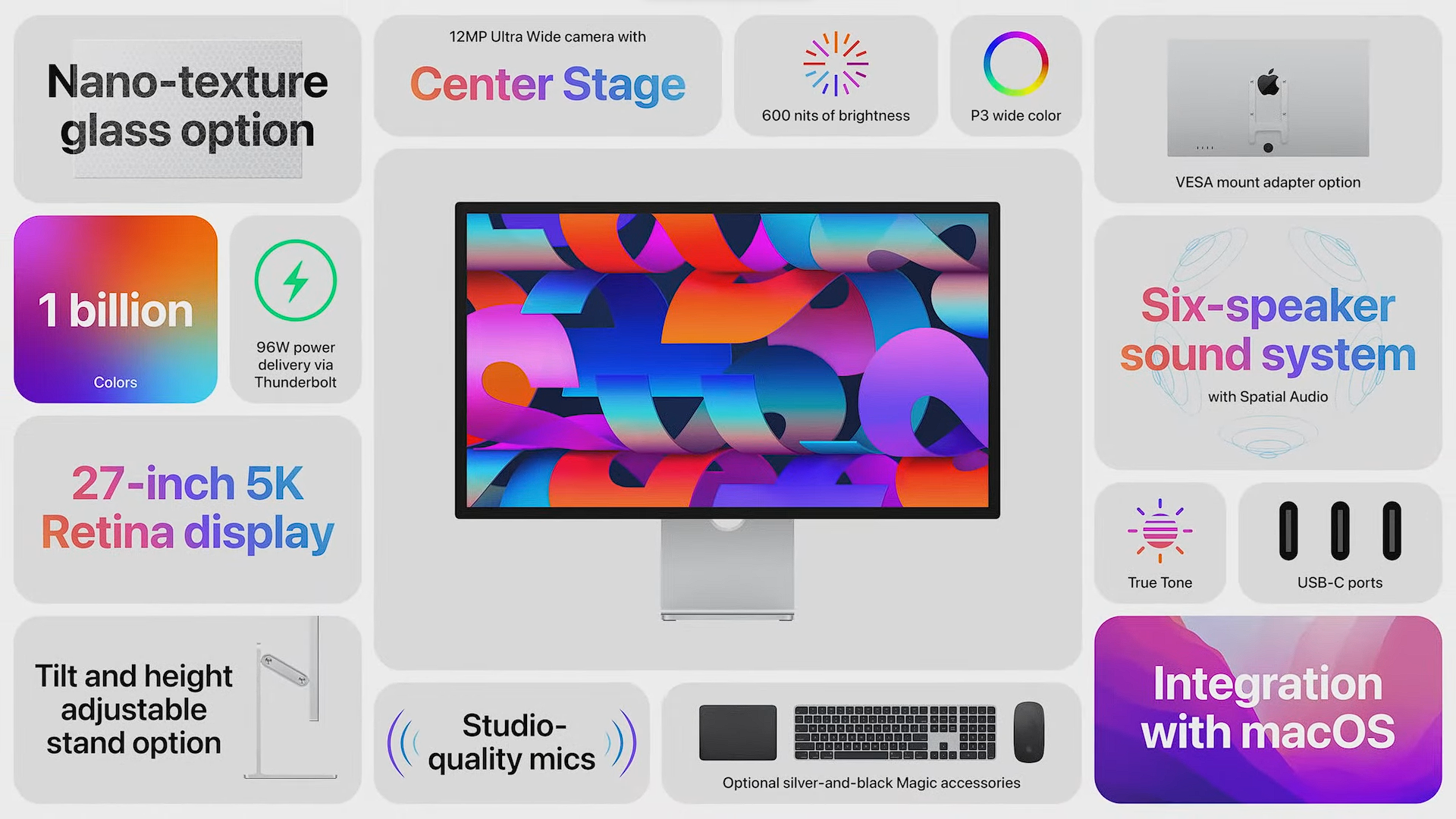 Apple claims that all of its new releases have 100% recycled components in line with its commitment to the 100% carbon-neutral products by 2030 campaign.