The North Luzon Cinema Guild, Inc. (NLCGI), a filmmaking advocacy organization, spearheaded the first-ever Kultura Film Festival一a hybrid film showcase from Feb. 5 to 20 that was live streamed on their website and official Facebook page, along with limited physical screenings held in Cavite and Tuguegarao. 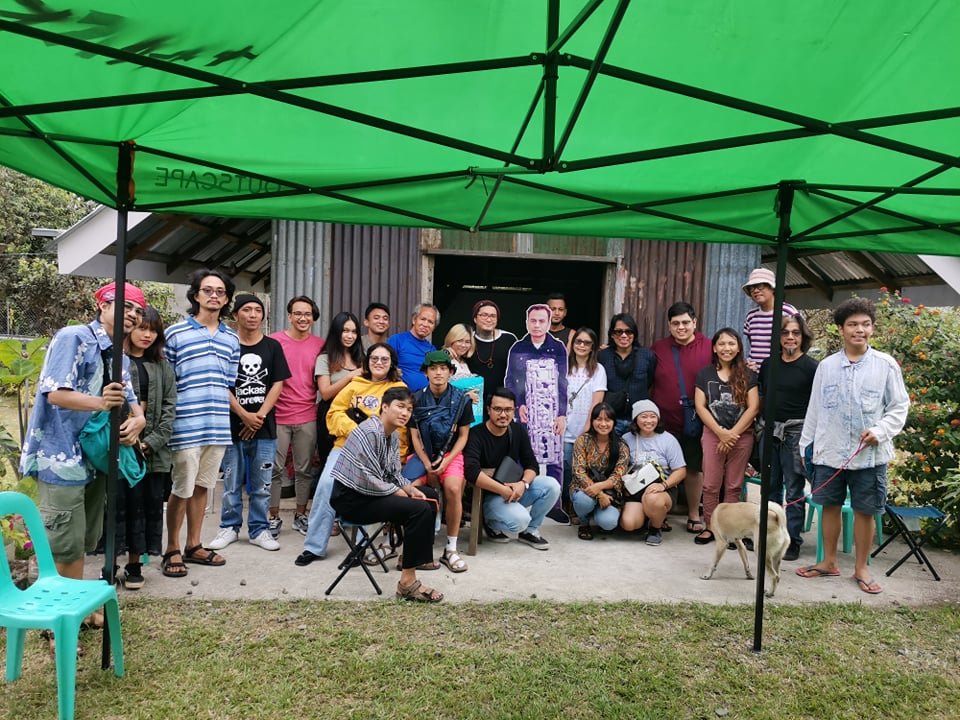 Film education for the soul

At the heart of a film is and always will be the story. The screenwriter’s vision is expanded into a collaborative effort with the director, producer, set designer, actors, and the likes.

In the masterclass titled “Realizing our Vision through Film,” Isabela-born filmmaker Zig Dulay shared the mysteries of scriptwriting in the lens of found story.

Meanwhile, Tim Rone Villanueva, ID 113 Benilde Digital Filmmaking alumnus and award-winning filmmaker of his Benilde thesis film Santa Nena!, shared his techniques in translating a story concept to the first draft of the script in “Ideation to Realization of Film.”

On the other hand, Mindanaon filmmaker Teng Mangansakan talked about the culture of his region with the Mindanao Culture in Films masterclass.

In the Community Culture in Filmmaking masterclass, Zamboangueño filmmaker Sheron Dayoc (Women of the Weeping River) mentioned how it was not up to the filmmaker to truly represent an indigenous people (IP) community in their film. Rather, it is their role as a storyteller to expand the stories of the community to a wider audience.

Stories made for the screen

The festival featured various short film curations that highlighted a myriad of stories of people, struggles, and advocacies.

The Women of the Communities curation featured various stories centered on women. The short films featured include:

When the Ocean Bleeds by Kenneth Dela Cruz

Meanwhile, the Perspectives curation magnified the various understandings of different walks of life. The short films featured were:

Furthermore, the Untold Tales of the Community curation focused on the stories that can be considered as taboo. The short films featured were:

Out by Mary Claire Amora

“May Papa Raw Ako” by Malaysian filmmaker Heinrich Domingo, and;

Mark of our Reckoning by Aireen Remoto

The Re-Visioning curation is a collection of films that raises voices against historical revisioning, misinformation, disinformation, and brainwashing. The short films featured were:

A Toy in a River by Alphie Velasco

On the other hand, the festival also featured the short films from the Knowmad Short Film Festival, a creative endeavor of the European Institute for Multidisciplinary Studies of Human Rights & Science-Knowmad Institut.

The short film showcase highlighted various filmmakers from around the world with captivating stories on screen. These are:

¿Qué hacer en Yumbo? (What to do in Yumbo?) by Colombian filmmaker Nixon Ibarra Medina

A City Without Sky by Syrian filmmaker Zain Issa

The Forbidden Faith Of Refuge by Iranian-English filmmaker Khashayar Marhamati

The call for representation

Apart from the masterclasses and short film showcases, the festival also featured film screenings and talkback sessions with the filmmakers.

“Dapol tan payawar na Tayug 1931” (The Ashes and Ghosts of Tayug 1931) is a historical film by Pangasinense filmmaker Christopher Gozum. In 1931, Pedro Calosa, a local farmer who was a migrant worker in Hawaii, led a peasant revolt in Tayug. Notable stories of political and religious uprisings have featured national heroes such as Jose Rizal, Andres Bonifacio, and General Antonio Luna. However, not all stories have found their way into the spotlight of Philippine cinema.

Gozum is a film graduate from the University of the Philippines-Diliman (UPD) and later, the Asian Film Academy in South Korea. In 2007, he founded the independent film company Sine Caboloan, committed to producing films about the Pangasinan province.

Moreover, the “LGBTQIA+ Representation in Films” curation screened the “Budjang” by Rhadem Musawah, an indigenous Moro filmmaker and human rights activist. The film follows story of the blossoming of LGBTQIA+ people in a conservative Mindanaoan Muslim barangay in Mindanao.

Meanwhile, the “Indigenous Treasures” curation highlights the documentary “Walang Rape sa Bontok” (Bontok, Rapeless). The documentary sheds light on two Filipina victims of sexual abuse and their search for the existence of a rapeless society. What can be deemed as an unthinkable utopia lies within the municipality of Bontoc.

The film is directed and produced by Mark Lester Valle, Ilokano-Pangasinense and an adopted son of the Bontoc Igorot community in Mountain Province, Central Cordillera. It is also written and edited by Carla Pulido Ocampo, Filipina filmmaker and cultural worker, and co-founder of organizations that promote alternative cinema culture in Northern Philippines.

Furthermore, the Marawi documentary film A House in Pieces is directed by Filipino-Chinese filmmaker Jean Claire Dy and German filmmaker Manuel Domes. In the aftermath of the Marawi siege, the film documents the family’s hopes of returning to normality and rebuilding their shattered home.

On the topic of farmers’ rights, Petani Bukan Pemalas (Farmers are Not Lazy) by Nurfitri Amir, Malaysian filmmaker, prominent activist, and paddy researcher. This documentary highlights the perspective of traditional paddy farmers' struggles to protect their rights by promoting seed saving and food sovereignty.

The festival’s closing films featured Bullet-Laced Dreams by Kristoffer Brugada and Cha Escala. The short documentary follows the Lumad children in Mindanao and their escape from the military due to armed conflicts between the communist rebels and the government.

The second film was Maria Leonor by Seymour Barros Sanchez, advocacy filmmaker and Benilde Digital Filmmaking lecturer. The documentary is a short open letter to Vice President Leni Robredo that highlights her office’s pandemic response efforts in the country.

In an interview with Rappler, festival director Jerome Dulin shared that the films will be toured in different schools outside North Luzon and expand the film festival to talk about human rights in different communities.

Based in Tuguegarao City, Cagayan, The North Luzon Cinema Guild, Inc. is an organization dedicated to cultivate aspiring filmmakers and practicing filmmakers from the Northern Luzon region. NLCGI aims to highlight the rich stories of the communities underrepresented and misrepresented.

You may revisit the talkback sessions and cultural talks on NLCGI’s Facebook page and the festival website.