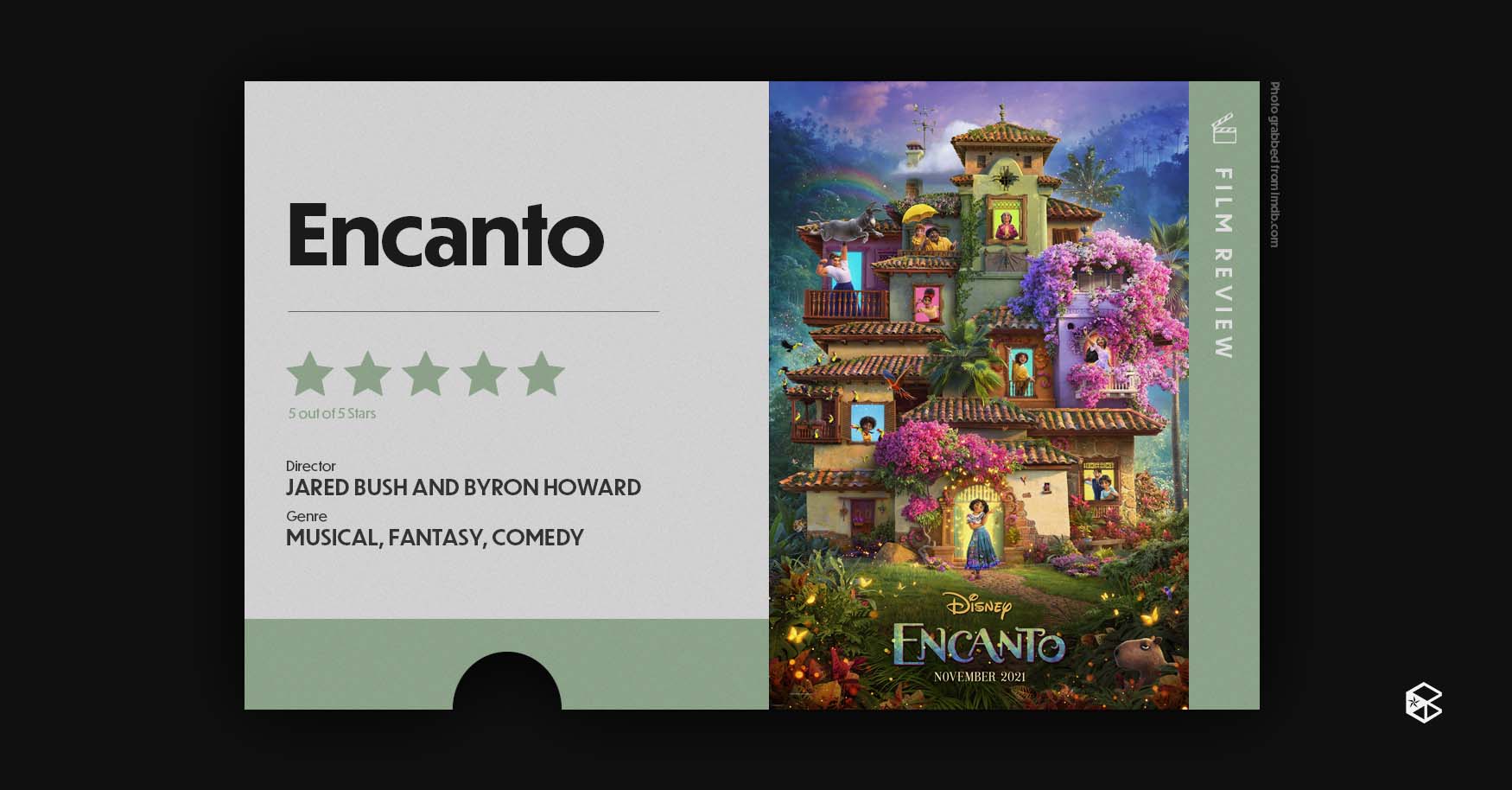 “Encanto” and the powers we hold inside

Get ready to meet the Madrigals in Disney’s latest animated film that speaks about self-realization and self-acceptance.

The film follows the Madrigal family who were given different unique gifts to help their rural Columbian community. However, only Mirabel (Stephanie Beatriz) does not have a gift. When she realizes that her family is prone to losing their magic, she sets on an adventure to save the miracle and protect her home from being destroyed.


Mirabel yearns to belong in the family and to feel accepted by her abuela Alma Madrigal (María Cecilia Botero).

The film proved itself as a masterpiece by bagging the “Best Animated Feature Film” award at the 79th Golden Globe Awards last Jan. 9, 2022.

Moreover, the creators of Encanto were inspired by real places such as the Cocora Valley located in Colombia. Miranda’s songwriting prowess created the film’s soundtrack with a touch of Colombian beats, even collaborating with prominent Colombian singer-songwriters Carlos Vives, who sang “Colombia, Mi Encanto,” and Sebastian Yatra, who sang “Dos Oruguitas.”

Self-worth and family for all

Like any other Disney animated film, there are life lessons in the story. In this case, Mirabel stood as the foundation for her family when they had reached their lowest point. As she persevered to save the miracle, the film showed that anyone can be a hero despite not having any powers. Eventually, she became the person her family could lean on as she has wholeheartedly understood their own struggles and fears.

“The miracle is dying, because of you,” Mirabel said to Abuela. Realizing that by protecting her family’s gifts, Abuela overlooked their well-being. Hiding the flaws of her family in fear of losing their beloved home, she saw both Mirabel and Bruno as a disgrace to the Madrigals. In contrast to her granddaughter Mirabel, she dismissed the feelings of her other family members to protect their “perfect” image.

The film also focused on the other members of the family with Luisa (Jessica Darrow) having to weigh loads of responsibilities into her own hands, Isabel (Diane Guerrero) being the perfect and golden child of the family, and Bruno (John Leguizamo), feeling that his gift could hurt others but at the same time, yearned to be close with his family and set his secret room near the dining table.

The struggles start and end with family

The film had also shed light on generational trauma being present, firstly from Bruno's gift being seen as a curse, which resulted in the family to not acknowledge him like in the soundtrack, “We Don’t Talk About Bruno.” Furthermore, Mirabel yearned to feel belonging because Abuela never acknowledged her efforts for the family. Instead, she was blamed for the dilemmas that took place in the story. With Abuela wanting to protect the “perfect” image of the Madrigals, this also led the characters to hide their feelings in fear of upsetting the family. The conflicts were never resolved thus, suffering the consequences.

Encanto brings together families in valuing one another especially during challenging times. All the while, audiences get to connect with the characters through the universal message the film presents.

Ultimately, the film reminds us that even with our gifts that we use passionately for ourselves and to those around us, we also have our limits and vulnerabilities that we learn to both embrace and overcome.

Tags: Film Review
Tweets by TheBenildean
Printed from http://localhost:3000 on 17 May 2022