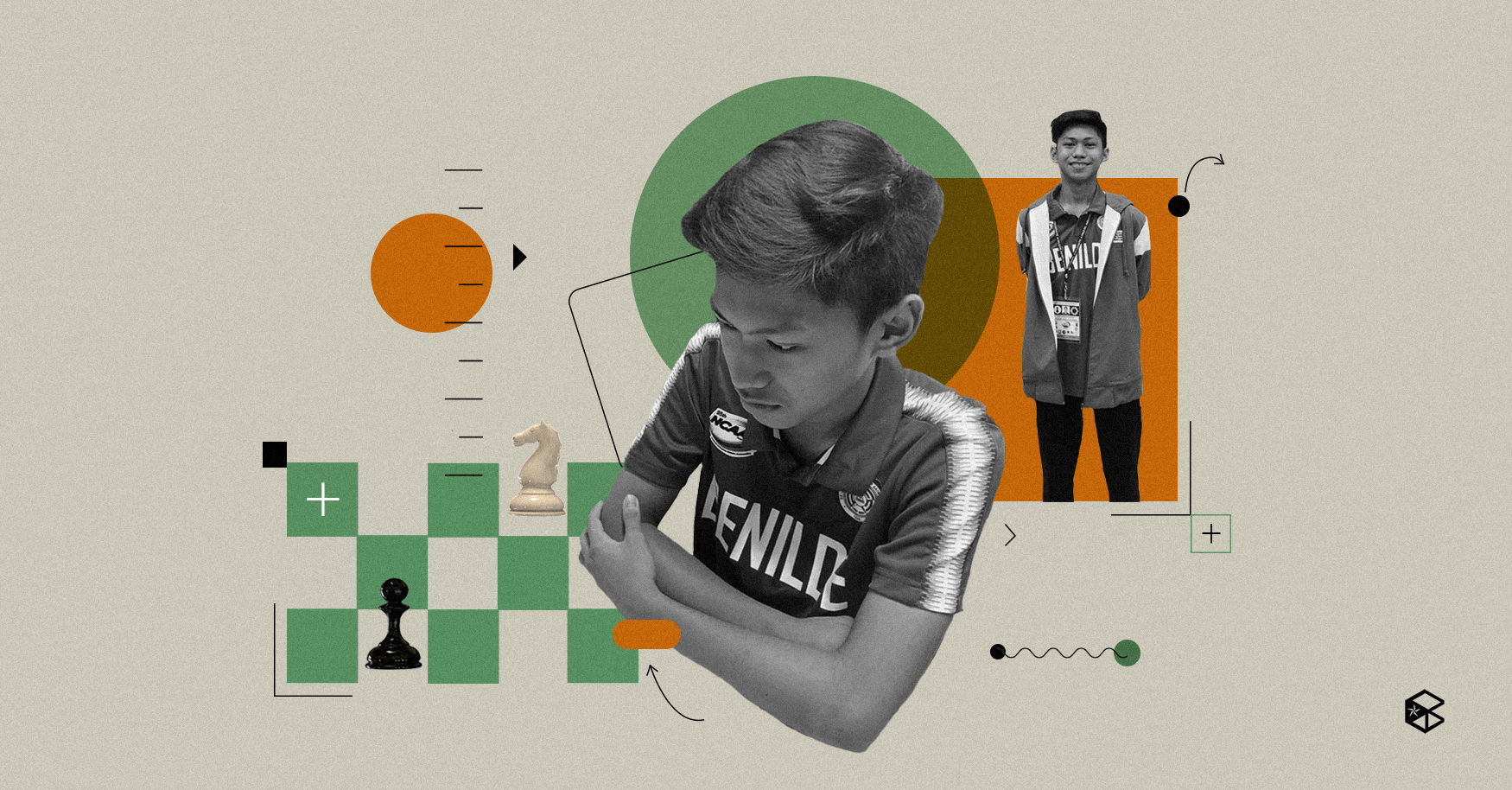 Despite coming short in the top three of the recent NCAA 96 chess event, Adrian Yulo is still determined to bring home the crown as a Benildean student-athlete.

Benildean woodpusher Adrian Yulo trained himself in playing chess throughout his life with self-discipline and learning from other players and mentors. With his eye on the prize, he is determined to excel in his passion towards the sport, as well as give light to its prominence in the country.

From his curiosity of a chessboard lying around his home at Cagayan de Oro, this is where ID 119 Real Estate Management (BS-REM) student Adrian Othniel Yulo started his fondness of playing chess at a young age after being taught by his father. After competing in different chess competitions such as Palarong Pambansa and winning medals, this led to an opportunity to represent the College after being recruited by Blazers assistant head coach Jerich Cajeras through the recommendation of former chess team captain Daryl Samantila.

Adapting to the city and the new faces in Benilde led him to learn from his co-athletes during his training sessions on different strategies in playing chess. Aside from this, he also disciplined himself in training every day. During his preparations for NCAA Season 96, he also watched streaming videos of his favorite grandmaster, Hikaru Nakamura.

Chess in the PH setting

Yulo noted that chess wasn’t as recognized during his playing years in Palarong Pambansa, “I didn’t get the same support as the promising young children that are getting now [likely due to some factors like] lacking sponsors, being from Mindanao. It’s a very sad truth—you have to be the best to be supported by the government.”

“I would like to see [potential chess players] be given the opportunities because that’s when they make the most of it [and at the same time, being able to establish] their name [in the field of chess], '' he added.

However, there was a growth of recognition for the sport in the country as time went by, “there was National Chess Federation Philippines (NCFP), they have been active very recently during the pandemic with the online tournaments [taking place].''

Yulo fell short in clinching bronze against University of Perpetual Help System DALTA Altas opponent Carl Zirex Sato in the NCAA 96 online chess tournament last July 28, 2021. “One mistake can ruin everything,” he recalled his dismay despite his training for the tournament. Unlike the On The Board (OTB) game, the online setting involves mouse clicks and relies on internet connection. According to Yulo, this removes the thrill of seeing his opponents moving the chess pieces right in front of you.

The College only reached out to him and his co-athletes during the time NCAA 96 was approaching, “It [maybe] would have helped if they reached out longer (before NCAA) and they taught me [different chess strategies].”

Tags: chess, Halftime
Tweets by TheBenildean
Printed from http://localhost:3000 on 17 May 2022