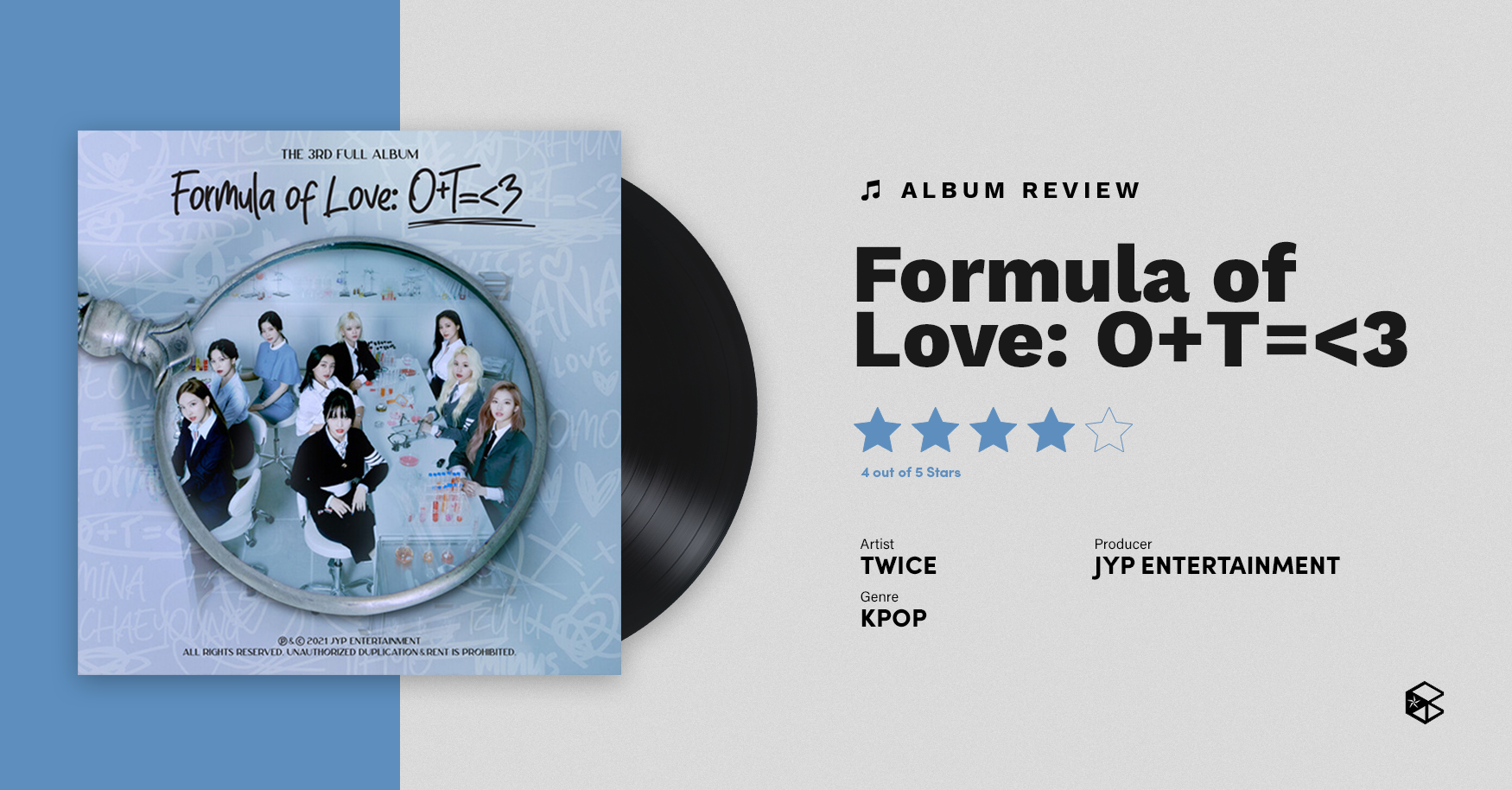 The ONCE fandom are in for a treat this 2021 as “South Korea's National Girl Group” TWICE explores their mature and emotional side in their latest album.

After the success of their first English single “The Feels” last Oct. 1, TWICE continues to keep their fans amazed with their music video of “Scientist” which gained over 64 million views on YouTube as of writing.

According to Hanteo Charts, considering individual album sales from approved stores and websites, the girl group sold 318,840 copies in the first week alone, breaking the record for the highest first-week album sales by a girl group in 2021, surpassing their previous record for Taste of Love EP back in June. The physical copy of the album comes in four different versions that come with different concepts: “Study about Love,” “Break It,” “Explosion,” and “Full of Love.”

Meanwhile, their lead single “Scientist” co-composed with English singer Anne-Marie, peaked at No. 1 in Billboard‘s 24-hour ranking of the Hot Trending Songs chart last Nov. 19, seven days after its release.

“Scientist” expresses making the first move in romance without hesitations. The line translates to “follow your heart, let your heart lead you…” Ultimately, not letting your feelings become more complicated whilst taking the risk of falling in love. On the other hand, vocalists Nayeon and Jihyo managed to slay their parts without having to reach high notes, while the vocals from the Japanese line consisting of Sana, Momo and Mina, highlight the overall feeling of the track.

Instead of their usual upbeat and vibrant concepts like “The Feels” and “Alcohol-Free,” TWICE presented a different side they had never shown before—an album consisting of emotion-filled tracks inspired by their own personal experiences. It also showcased each member’s versatility and maturity as they drifted away from their typical bright and cute sound.

However, their latest album also exhibits the band’s unwavering adoration for their official fandom called ONCE. This was cleverly expressed through the album’s “O+T=<3” subtitle, with “T” standing for TWICE and “O” representing ONCE. With this formula combined, it produces love that highlights the strong relationship of the girls with the support of their fans.

The girl group’s main rapper Chaeyoung also composed the Korean version of “The Feels.” According to the girls, this experience was an eye-opener even from writing their previous albums.

An unprecedented feat for the group, three subunits worked on the tracks “1, 3, 2" (Jeongyeon, Mina, and Tzuyu), "Hello" (Nayeon, Momo, and Chaeyoung), and "Push & Pull" (Jihyo, Sana, and Dahyun). Moreover, each song showcased the group truly getting out of their comfort zone, having rap lines distributed to each member, rather than solely assigning them to the rappers.

Instead of sticking to the same cute and bright concepts they're known for, TWICE revealed a certain level of vulnerability in this album, exploring a more mature and emotional version of themselves.

Overall, the album showcased growth and proved that every song, concept, or image is possible as long as they have the correct formula—skills or talents and hard work.