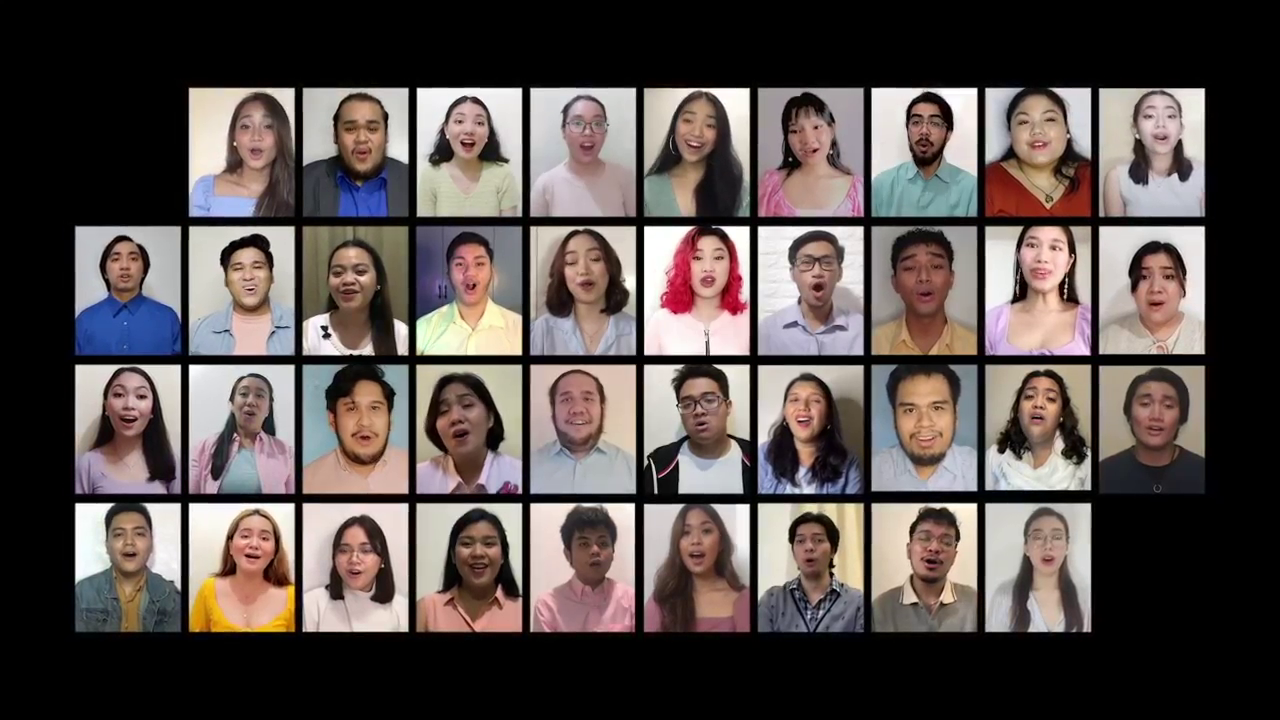 Well wishes for the journey

Benilde President Br. Edmundo “Dodo” Fernandez FSC gave his opening remarks, reminiscing about the time as a young Brother listening to Coro San Benildo. Having brought numerous awards and champion titles to the College, Benilde is very proud to be Coro’s home.

“The music you shared has become a vessel for your group to help various causes and advocacies. Today, as we celebrate your pearl anniversary, I pray that the past, present, and future members of Coro San Benildo continue its legacy of sharing music that lifts the spirit and builds communities [...] May your music continue to bring hope and light to Saint Benilde, to the country, and to the world.”

Br. Victor A. Franco FSC, La Salle Green Hills and La Salle College Antipolo President, humbly shared his adoration as a fan of the chorale group, “It’s wonderful that you’ve been sharing your kind of music for the past 30 years [...] I don’t know how to sing but when you guys start singing “The Lion Sleeps Tonight,” my heart starts singing [...] May you continue singing with all your heart. May you continue making people happy.”

Meanwhile, BCAU Head Julia Enriquez was lucky to witness performances that still remained in her heart. She remembered the time when Coro San Benildo were in Seghizzi, Italy, and started praying just right before the finals while they were in a chapel on the hill. The group started singing and offered a spontaneous and intimate performance that made the Italians flock inside the church.

Enriquez also harked back to the time during a concert in London when they sang “Bayan Ko” to OFWs. “Lahat kami na-move and we started crying [...] For the last 30 years, you’ve been singing for God and for our country and that’s such an amazing and wonderful thing [...] I miss going to places and seeing the world with you and I hope to witness your amazing and wonderful singing again.”

Louise  Estrella, former BCAU Student Development Coordinator, was very proud to have been in the presence of the group for the past 30 years, “Nakakatawa na makita na ‘yung bawat prokeyto na nilalabas niyo ay laging para sa sining at para sa bayan.” She looks forward to the forthcoming projects the group has to offer.

As every success started with a humble beginning, Coro San Benildo shared their brief story through an opening video. The group began as an ensemble singing psalms in Eucharists, but has evolved into something more. Eventually, the group became a “breeding ground for skilled artists constantly perfecting their craft.” They continue to chase something bigger and aim higher than ever.

The hunger for improvement and becoming better becomes the thrill of the chase. Throughout the years, Coro San Benildo’s songs serve as monuments of their existence, paving the way for the future.

To open the night, the first part “Home” saw Coro singing an enthralling rendition of “O Magnum Mysterium” by Javier Busto, a Spanish choral music composer and conductor, based on the Gregorian choral pieces. The piece starts off slow but slowly builds up featuring the group’s collective voices. It’s quite fitting to have this performed first as it feels like the audiences are being welcomed to the gates of Valhalla.

In the second part, “Hope,” the group followed up with ”Pater Noster,” arranged and composed by Filipino conductor Lester Delgado. The blending of harmony packs for a calming yet chilling piece.

But their captivating artistry doesn’t stop there. With “Dumbele,” a rain chant originated from the Cordilleras and composed by Rodolfo Delarmente, former De La Salle University (DLSU) Chorale conductor, the group incorporated traditional Filipino instruments. Despite the virtual distance, their roaring voice range still managed to deliver an astonishing performance.

Moreover, many may be familiar with the 1997 Disney animated film Hercules. In the third part “Harmony,” the group sang a mesmerizing rendition of “Go the Distance,” written by American composer Alan Menken and lyricist David Zippel. Vastly different from the pop version sung by American singer-songwriter Michael Bolton, the group’s ensemble were to be commended, along with “The Prayer,” originally performed by Italian opera tenor Andrea Bocelli & Canadian singer Céline Dion.

The years to come

Continuing to sing, serve, and inspire for the years to come, the group sang “Para Sa’Yo,” their 30th anniversary song composed by their choirmaster Mr. Lorenzo C. Gealogo and arranged by soprano Abegail Abregana and alto Dani Mendoza. A song dedicated to the group’s three decade-journey was definitely one for the books.

Ending the night on a high note, Coro San Benildo expressed their gratitude to the group’s conductors over the years who contributed to the successes.