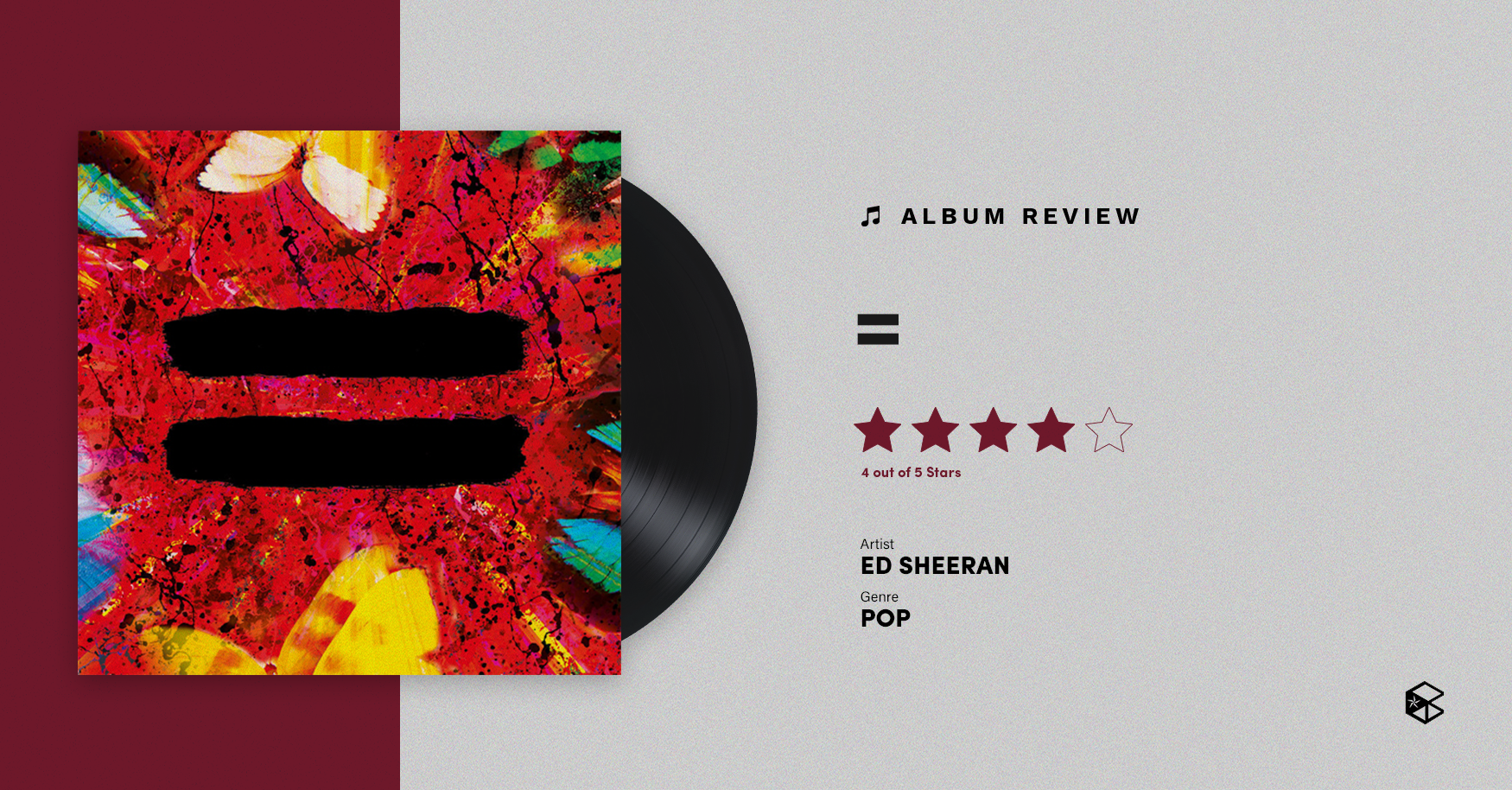 Ed Sheeran’s music equals happiness with the release of what he calls his “coming-of-age” record.

English singer-songwriter Ed Sheeran continues his affinity for mathematical symbols with the release of fifth studio album “= (Equals)” on Oct. 29, through Asylum and Atlantic Records. Coming off a hiatus and personal milestones, the 14-track record may be Sheeran’s most personal album yet, featuring the previously-released singles: “Bad Habits,” “Shivers,” and “Overpass Graffiti.”


The first stanza of “Tides” alone would be a good summarization of “=” as an album. “I have grown up. I am a father now. Everything has changed but I am still the same somehow,” Sheeran sings, kicking off the album with upbeat drums and blazing guitars in the first track,  “Tides.” The song’s rock verses are segmented with a soft, contemplative chorus of “Time stops to still. When you are in my arms it always will. And life, life is changing tides.”

Being Sheeran’s first solo album in over four years, it's no wonder that “=” has a distinctly different tone from the singer’s previous solo albums, “+ (Plus),” “X (Multiply),” and “÷ (Divide)”一all of which had a considerable mix of angsty tracks and heartbroken odes.

By contrast, “=” is a straight-up happy album, not just because of it's mix of upbeat instrumentals and acoustic intervals, such as in “Leave Your Life” and “Be Right Now,” but because of its lyrical messages that revolve around the contentment of staying in love and settling down.

In pursuit of happiness

Sheeran has always gone against the tides一presenting himself and his music on his own terms. The 30-year-old singer’s music is rooted in vulnerability and personal experiences, with a style of storytelling that practically paints the images into the minds of listeners.

In “Collide,” the album’s eighth track, Sheeran sings ”We've been in the storm. Been to an Irish bar in central Rome. Driven to hospitals with broken bones. We've shared a toothbrush and shared our home,” simultaneously illustrating the simplicity and complexity of a love that lasts.

But this talk of love isn’t all strictly romantic. Although his wife, Cherry Seaborn, has been the muse behind hits such as “Perfect,” from “÷.” She has continued to inspire tracks such as “Love in Slow Motion,” “2step,” and “First Times;” with much of the recent album chronicles how the romance has evolved into the family that the couple have built.

After marrying in an under-the-radar ceremony back in December 2018, the couple welcomed their first child earlier this year. Sheeran has completely embraced his role as husband and father.

It's no surprise that in “Sandman,” the album’s 13th track, he sings a lullaby directly to his 14-month-old daughter Lyra Antarctica Sheeran, “And dream. Hanging out with the Sandman. You look so sweet, my child. Hanging out with the sandman. And though there's rain outside, you'll be warm and dry. The thunder and the lightning won't hurt you now.”

In contrast to the celebration of new life that the album mostly revolves around, is the track “Visiting Hours,” which was dedicated to Michael Gudinski, Sheeran’s friend, mentor, and Australian record label executive, who passed away from COVID-19 in March 2021.

Sheeran croons, “I wish that Heaven had visiting hours. And I would ask them if I could take you home. But I know what they'd say, that it's for the best. So I will live life the way you taught me. And make it on my own.” With it's almost evangelical vibe and back up choir, the song is both a journey through Sheeran’s grief and a timely reminder of the lives that have been changed for better or worse throughout the pandemic.

Heart on his sleeve

Despite topping the charts at No.1 in multiple countries, including the Billboard 200, “=” received mixed reviews upon its release. In an industry that thrives on heartbreak and glorifies the immortalization of pain in art, an album like this is practically an alien concept. While it showcases Sheeran’s musical versatility, “=” has been criticized for Sheeran’s lack of edge and revolutionary heartbreak tracks.

This album is littered with borderline cliche metaphors, such as in “The Joker and The Queen,” which is a soft song that turns a game of poker into a metaphor for love and how two seemingly unequal people could be good together. But is it such a bad thing?

Sheeran is at a point of contentment and happiness, and this is reflected in his music. Instead of immortalizing explosive emotions and solely monumental life events, the singer has brought out the magic of mundane life. Overall, “=” is a testament to art that does not have to hurt, to make an impact.