When the past meets the present, Benilde Architecture students will reenvision Manila like you’ve never seen before.

Revisiting American architect and urban designer Daniel Burnham’s vision of the ideal Manila, the Center for Campus Art (CCA) brings you “Taft and the Burnham Plan,” an online showcase that uses Burnham’s principles to redesign segments of the city through the eyes of Benilde Architecture students, along with the launch of CCA’s newest website this September. 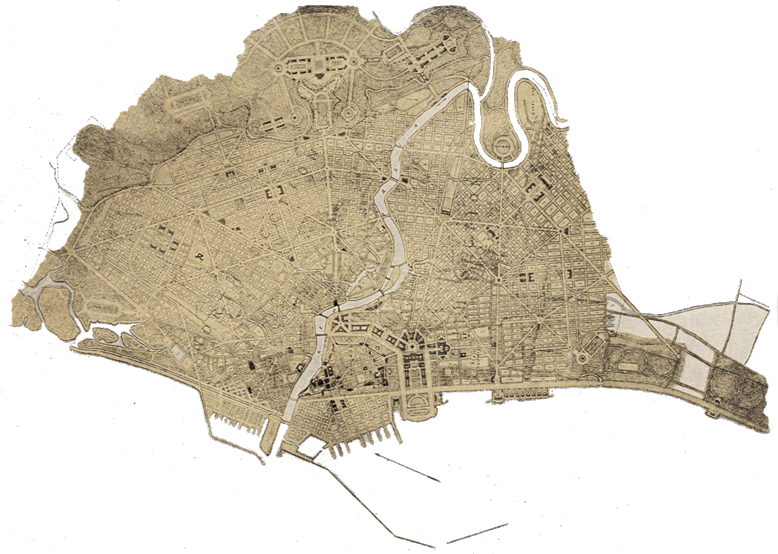 Currently, the city of Manila is in a state of disarray, with little urban planning and overflow of traffic. By reimagining places such as Taft, Pasay, Intramuros, Manila Bay, and The Manila City Hall, audiences will see the city from an all-new perspective.

During the third term of A.Y. 2020-2021, Ar. Jim Caumeron’s Benilde’s Architecture Design 4 (ARCHDES4) students created and conceptualized new versions of Burnham’s urban project design principles back in 1905, as well as the hopes of what the city could be一a greener and human-centered Manila.

The hidden wonders of the past

After the Spanish colonial period, the Americans took hold of the Philippines in 1898—influencing the Philippines’ socio-economic and political status through arts and culture. As part of the American government’s initiative to showcase the Philippine colony, Burnham was commissioned to create blueprints of a new Manila.

In an interview with The Benildean, CCA Director Ar. Gerry Torres explained that the Americans needed to show their power, “Pakita sa mundo, especially in Asia, na they're here and physically they are going to establish that by changing the capital city of our newest colony.”

The shift between the Spanish and American colonizations was definitely a point of great change in the country. Since 2003, Ar. Torres’ curiosity in Burnham’s plans and this part of Philippine history have been longtime passions, sharing that “I actually proposed that [study about Burnham’s plans] for my PhD.”

“I wanted to investigate how [the] American colonial government established their power and influence in the country through urban planning, architecture, and the introduction of new materials,” Ar. Torres expounded on the fascinating details and elements of the buildings’ roofs and tiles. He further emphasized on how these details have helped in understanding architecture and how colonization shaped the country’s arts and culture.

With a passion for history and the role of architecture in showing the past, Ar. Torres shared that he and Ar. Camueron guided the students as they reworked and created pieces that culminate the brilliance of Burnham’s plans and the current state of Manila, as “they used the principles of vistas, esteros, road networks, [and] green spaces and applied it to the section of the city they were assigned to.”

Meanwhile, Ar. Torres also mentioned that CCA has three exhibits lined up for the month of September. Alongside the “Taft and the Burnham Plan,” they have also partnered with the College’s New Media cluster to create the “To Differ, Digitally 2” digital media exhibit, with the theme “Love and Dissent in the Time of the Pandemic.”

On the other hand, the exhibit “Farrales X FDM” will partner with Benilde Fashion Design and Merchandising (FDM) students to create a collection of miniature designer garments inspired by a collection of 42 garments by the works of renowned Dean of Philippine Fashion Ben Farrales.

Together, these three exhibits embody CCA’s journey to continuously create the most stunning celebrations of Philippine art forms despite the limitations brought by the virtual space.

“When we decided to pivot to digital, sabi ko ‘ang website ang magiging gallery namin’ kasi in the absence of the physical, parang siya na ‘yung SDA 12th floor gallery. Dahil siya ay digital, wala nang limitations ng time and space,” Ar. Torres explained that the three exhibits would each be unveiled in segments on the CCA website, instead of as a whole.

With this fusion of Philippine history and architecture that pays homage to the past whilst looking forward to the future, “Taft and the Burnham Plan” is an exhibit that reminds us of how Manila was once a place of wonder–and still is.

Check out the “Taft and the Burnham Plan” exhibit and other newest exhibitions “To Differ, Digitally 2” and “Farrales X FDM” which launched last Sept. 21 on CCA’s new website here.

Head over to CCA’s social media pages on Facebook and Instagram for more information and updates about their latest projects.