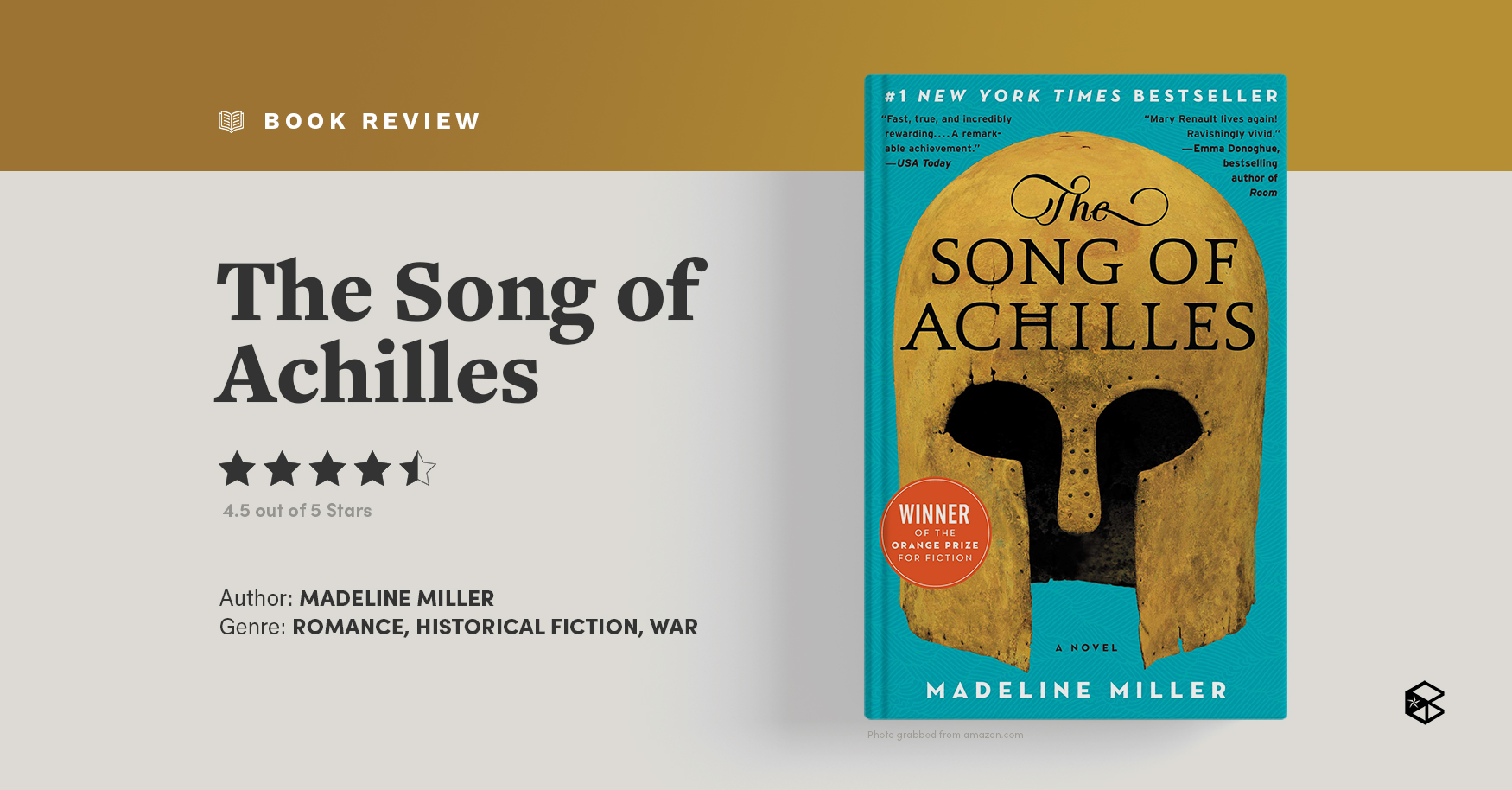 The Song of Achilles: Is it worth the TikTok hype?

From what ends are you willing to wait for your beloved?

Published in 2011, Miller took 10 years to write her compelling debut piece. Putting a new spin to a classic tale, her ingenious writing and worldbuilding successfully transports you into ancient Greece in a wondrous journey of love, war, and tragedy.

Told through Patroclus’ point-of-view, this 400-page story starts in his early childhood. Having been born from a “simple” mother and failing as a suitor to Spartan king Tyndareus’ daughter Helen, Patroclus puts an end to his young princely reign when he accidentally kills a noble man’s child—starting his newfound life as an exile.

All is fair in love and war

Young and new to Phthia, Patroclus meets Achilles and starts to observe his every action. Achilles, equally interested, befriends him and the two become inseparable companions. The book delves deep into the intricacies and frailties of their relationship as they continue to live in King Peleus’ palace, eventually training with the centaur Chiron and hiding together in Scyros.

However, their lives take a turn when they join the Trojan War.

Their years in Troy were more than eventful. The Trojan War is marked with sacrifice, plague, and pure violence for both sides. While blinded with pride, death spread throughout as King Agamemnon and Achilles let the Trojans wreak havoc on their camp. After a decade of seemingly endless wars, Achilles and Patroclus’ intimate relationship deepens but cruel divine intervention takes place as both lovers’ fates achingly end.

This modern-take on Achilles’ and Patroclus’ story focuses on the more personal and romantic aspect of their relationship while being coerced into acting the way they are expected to. Miller’s decision to inject these characters with a great mix of humanity, gentleness, and violence is brilliant as it makes readers both fall in love and empathize with the characters.

An insight to queer representation

Gaining traction from new audiences, “The Song of Achilles” sparked fame with the help of #BookTok on TikTok. But as bookworms worldwide spread their love and adoration with the book’s historical LGBTQ+ representation, some expressed their mixed feelings regarding its authenticity, or lack thereof.

Garnering mixed reviews from the LGBTQIA+ community, the book includes unnecessary explicit scenes from underaged characters, lack of insight into their sexuality, and the use of the stereotypical trope of heteronormative “masculine–feminine” gay relationships.

Moreover, Miller’s writing tends to overlook the sincerity of the characters and is subject to misrepresent queer relationships—unintentionally aiming the story to an unlikely heterosexual audience.

Overall, “The Song of Achilles” features a gripping and devastatingly painful narrative of love and devotion that is fierce and undying. This tear-jerker piece will leave you in a whirlwind of emotions as the two protagonists face the trials and tribulations brought on by their unfortunate fates, yet, somehow, they still found solace from each other wherever they are.

As Patroclus describes his beloved Achilles, “He is half of my soul, as the poets say.”

Explore more of Miller’s modern-takes on greek mythology and grab a copy of “Circe” (2018)  in book stores nationwide.

Tags: The Song of Achilles
Tweets by TheBenildean
Printed from https://read.thebenildean.org on 29 July 2021