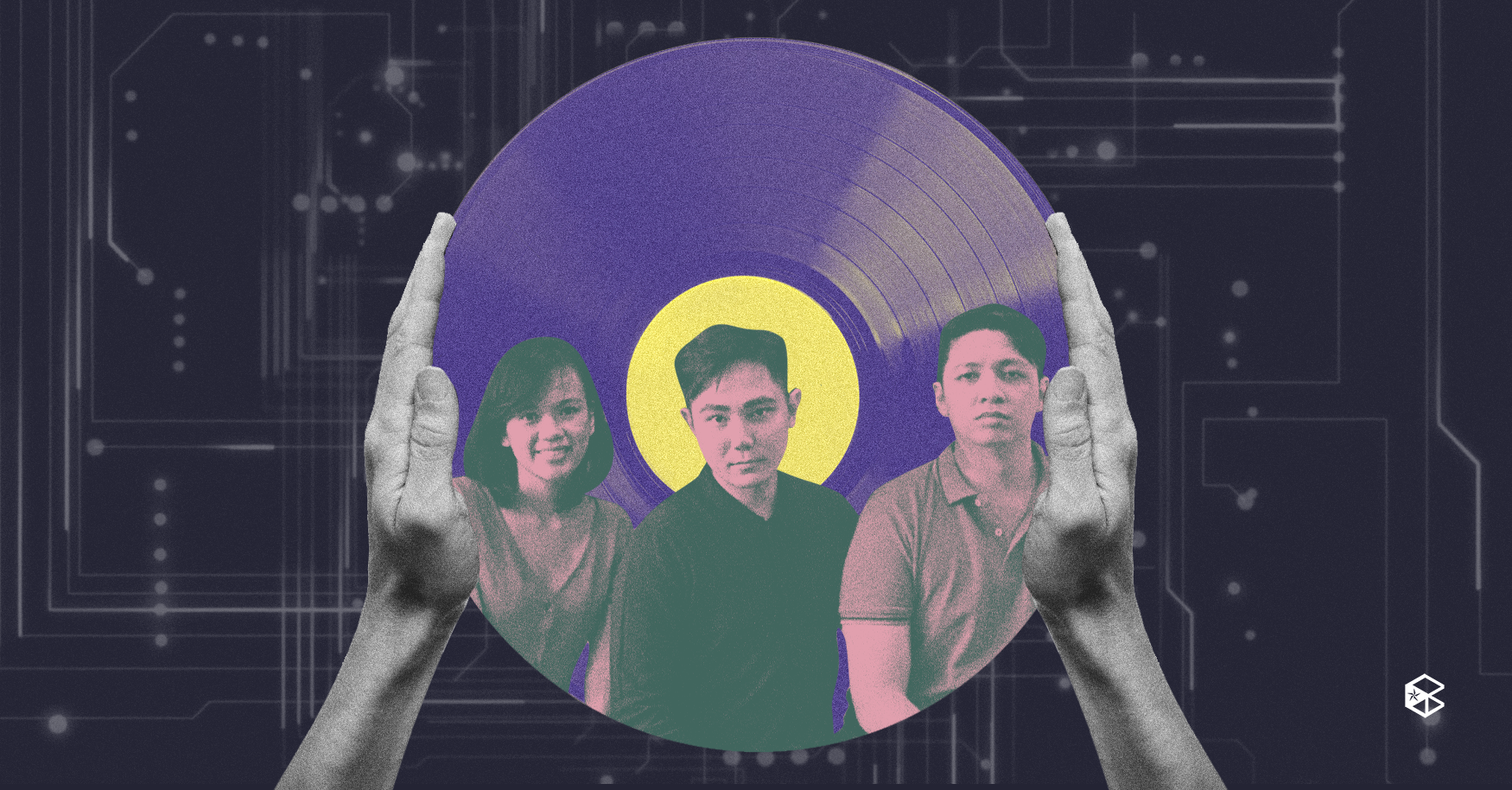 In an ever-changing landscape, these Benildean Music Production alumni seek to revolutionize the Philippine music industry.

Keeping in tune with the international cryptocurrency trend, Alibatta’s Chief Executive Officer (CEO) Geoff Mabasa, 28, along with his other two Benildean co-founders, saw the window for NFT to kick off the careers of local artists internationally. “[We want to] bring local acts into a global scale with the use of innovative technologies,” he highlighted in an interview with The Benildean.

Alibatta is the “first record label in Southeast Asia [...] that used NFT as the distribution channel for their artists,” said Mr. Mabasa.

Much like the uniqueness of the painting of Leonardo da Vinci’s Mona Lisa, each non-fungible token is interchangeable. Purchasing a digital token is quite similar to receiving ownership certificates for the purchased digital asset.

Since live performances are halted, Mr. Mabasa stated, “[NFT] allows artists to have better control of their work [because of a] verifiable proof of ownership, [and] it’s a new mode of monetization for artists.” He also added that it will be “the future in audiovisuals and static art.”

As for the fans, Alibatta’s Chief Innovation Officer (CIO) Charles Gener, 28, mentioned that they “[are] getting a piece of the creation of the artist itself.”

Other than music, Alibatta opens itself to minting visual and digital artworks. Mr. Mabasa added, “As an NFT label, we’ll take care of the NFT minting process and marketing for you if you’re an artist.”

Using NFT-minted music, Alibatta’s Chief Operating Officer (COO) and Compliance Head Adrienne Cajayon, 25, said that they envision “to push [the local artists’] confidence in releasing their music in the Filipino scene” and “to reinvision or reimagine the quality of the music that we would want to release through Alibatta music.”

Eyeing to give local artists a professional boost, Alibatta introduces Ali Young as their debut artist and the first Filipino singer with an NFT album. Young will be part of the “100 Creators” program in the cryptocurrency exchange company Binance’s soon to be launched Binance NFT Marketplace on June 24.

“I feel honored na ako ‘yung pinili nila to make the first NFT-minted song in the Philippines,” Young said. She shared the wordplay of the name “Ali Young,” with “Young,” meaning the first “bata” or child of Alibatta Records.

She described her NFT-minted debut single “Craving” as “free, sexy and more expressive,” diving into the tune of women empowerment.

Furthermore, the single is set to be released with three versions—Standard release, Binance exclusive Record Store Day NFT release, and limited edition release—which will have different packages and surprises. 300 copies of the music will be sold alongside the album cover. The single will be available for streaming on Spotify, Apple Music, and Binance NFT Marketplace; along with a music video release via YouTube on July 1.

Through BNB tokens in Binance, a user may purchase the NFT-minted single similar to how they purchase at online shopping sites, such as Lazada.

From composing to performing to more audiences

From discovering various opportunities in the music industry during Music Production classes, these Benildean alumni had pulled the strings of their own college visions into fruition.

Ms. Cajayon shared how a music business class in Benilde gave her the motivation to be part of bringing forth a NFT record label. She realized that there are other opportunities in the music industry rather than being a singer; such as music labels, recording studios, and even sound engineers.

Meanwhile, Mr. Gener had mentioned how he took part in organizing their Music Business Week, an event held by Benilde's Business Music (BUSIMUS) classes, and how he was able to play gigs as a session musician with local acts. He mentioned that through Alibatta, he was able to combine what he loves to do: business, music, and technology.

WIth Mr. Mabasa reconnecting with Ms. Cajayon and Mr. Gener, they had harmonized their passions into one, through Alibatta.

In five to 10 years time, Alibatta sees itself working with more artists, and becoming “the flagship NFT publishers or [record] labels, and official NFT distributors of bigger artists in the Philippines and across Southeast Asia,” said Mr. Mabasa.

“We also want to put ourselves out there as a new player, not a competition with other existing labels and publishers. We actually want to present ourselves as their ‘sidekick’ for the technology side of music, so we can assist them in NFT distribution as well as the immersive concert concept,” Ms. Cajayon added.

Seizing the pulse of innovation in the field of arts, Benildeans aim to become more than just key players, but participants in its ever-changing landscape.