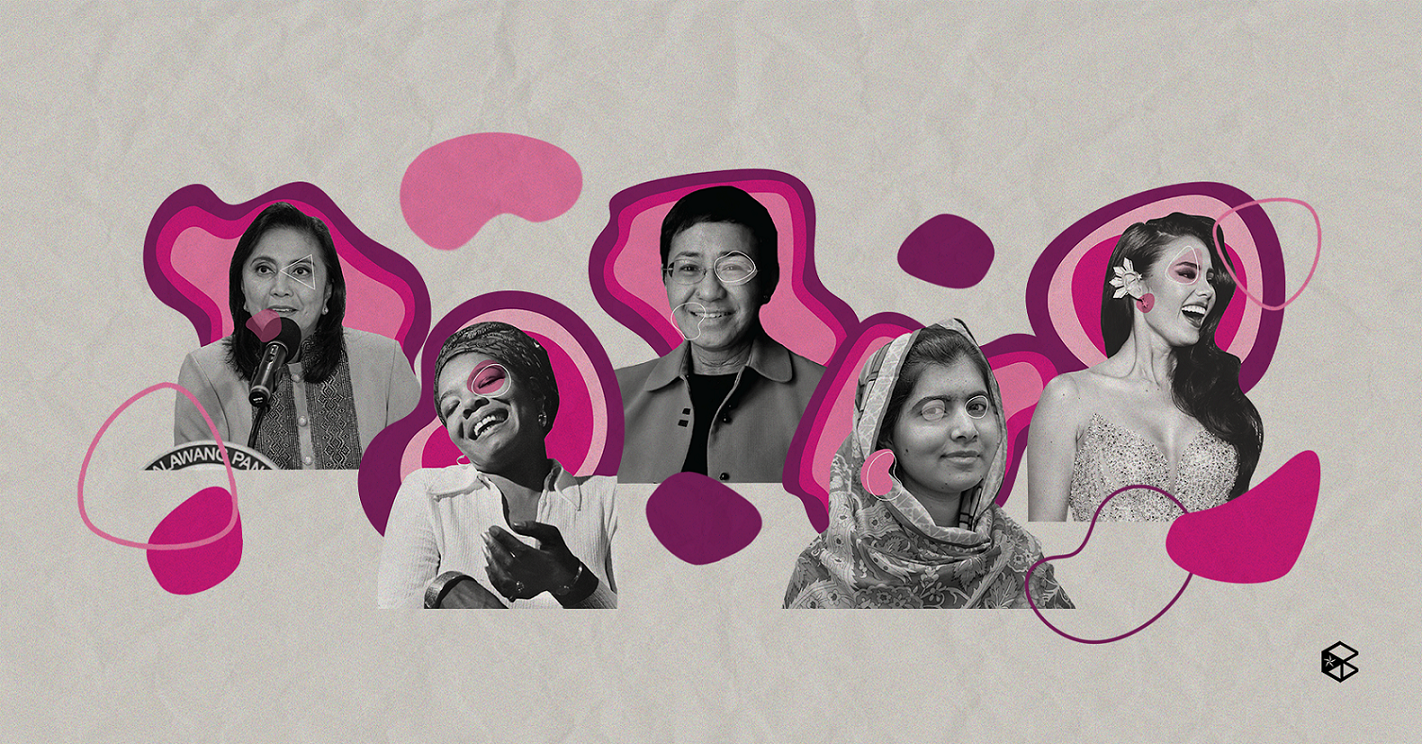 Rise, women! In number and in power

Let the world be astounded by the power of women.

Oftentimes, women need to prove themselves worthy of higher positions at odds with men who gain aggrandizement in a snap of a finger. The progress we have today is largely shaped by women who challenged the normality of patriarchal advantages. Truth be told, women should be treated as equals in society.

With a society that craves for change, women empowerment and authority can do the alteration for a more forward-looking humanity.

We make change too

In the Philippines, the “Magna Carta of Women'' or Republic Act 9710 affirms the role of women in nation building ensuring substantive equality between men and women. This promotes empowerment of women and the pursuit of equal gender opportunities.

“The world offers us so many definitions of what it means to be a good leader. But for me, a good leader inspires, empowers, and listens,” Vice President (VP) Leni Robredo said in a summit she made an esteemed appearance at De La Salle University in 2018.

As a leader, VP Robredo delivers promises into fruition. During the pandemic, she has raised ₱36.2 million and distributed 30,450 personal protective equipments to hospitals, improved shuttle services for healthcare workers, beneficiated the “Angat Buhay” program to complement the government’s Conditional Cash Transfer program, and stood for the increase in the Office of the Vice President budget for 2020.

Meanwhile, Philippine journalist Maria Ressa, one of Time magazine’s Persons of the Year in 2018, is known for spearheading the fight on press freedom, and, in arguably, shedding light upon President Rodrigo Duterte administration's potential abuse of power. Beyond her study and dissection of the administration’s policies, Ressa is an acclaimed award-winning journalist and chief executive officer of the online news website, Rappler.

Undoubtedly, the country is abundant of women who have demonstrated the same leadership and efforts alike international female leaders. Even homegrown celebrity stars, actress Angel Locsin and Miss Universe 2018 Catriona Gray, partake in providing exceptional passion projects of progressive change for the country’s prosperity through advocacy and activism.

By and large, Filipinas engage in continuous development be it in online protesting, venturing into business, and raising charity campaigns that give a promising future.

WiTech, also known as Women in Technology, is a nonprofit organization founded by Audrey Isabel Pe with the aim of educating, inspiring, and empowering the female youth towards breaking gender barriers with the use of technology to make a difference in society.

In an interview with The Benildean, Pe, an incoming freshman student at Stanford University stated, “Action must be taken and led by women—each with their own nuanced stories and perspectives that historically have been overshadowed by that of men.”

For Anika Francesca Lacson, president of Zonta Enderun, an advocacy organization from Enderun Colleges that empowers women, there should be a reshaping of the notion of how women run the world today.

“I think we have to empower everyone [with any gender role] around us, instead of bringing each other down,” she shared in an interview with The Benildean.

Lacson explains how Zonta Enderun is a community that has its mission set on women empowerment and equality. The organization’s work seeks to meet a world where women’s rights are an equal basis to that of men in having alike resources and representations in decision-making while practicing their advocacy through service.

Historically speaking, women have been perceived as inferior to the opposite gender. But, this has been changing.

At a global participation rate, 75% of female prime ministers and presidents took office in the past two decades. 24.5% of women have entered in national-level parliaments regarding 8% of positions as national leaders in claiming presidential posts.

Meanwhile, in the world of business, the percentage of women taking senior management positions grew 29% since 2019 and remains the same in the current year. 40% of human resource directors are women, while 17% remain as chief market officers and 16% as chief information officers. With a recorded statistic of 87% at least one woman claims the senior managerial position across international mid-market companies.

No longer should it be expected that females continue to adhere to the same traditions, beliefs, and customs of a regressed mentality. Females can bear the same responsibilities in creating a betterment for the whole.

“Different women break barriers everyday, I think we have to support each other and help each other grow. More love, less hate. We each are given a voice, keep fighting for what’s right,” Lacson added.

Even under adversity, a woman’s morals, resilience, and discipline can change the course of a society that adheres to a patriarchal statute of living.

Female empowerment does not end with admiration from one woman to another. It continues as we encourage others to be the right leaders and the forefront of change. As we hold responsibility to adhere to the cries of the country, let women be a beacon for a better future for the country. Let us remember there is power in being a woman.

This article is also published in The Benildean Volume 6 Issue No. 3: Translate.