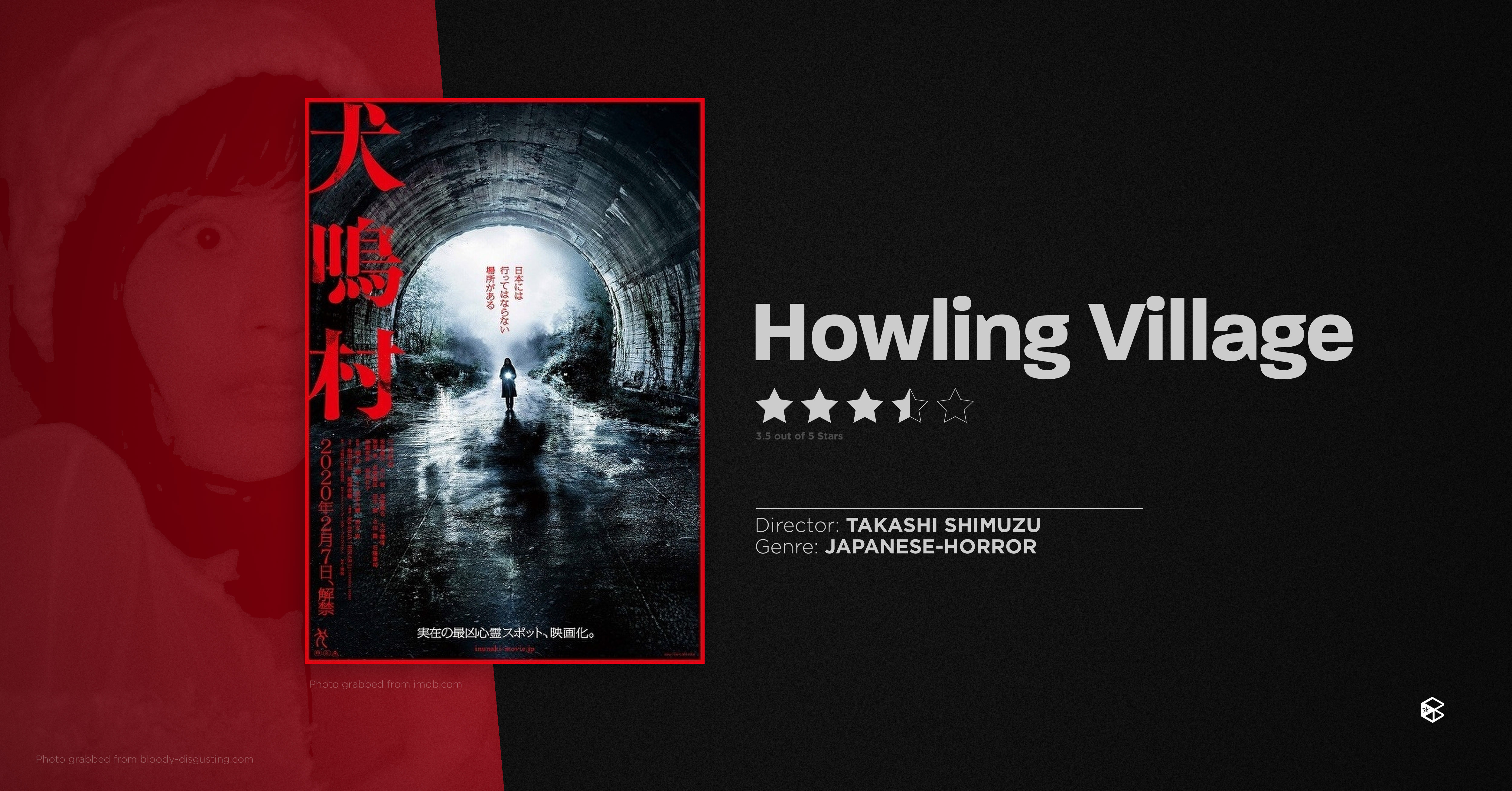 Uncovering the dark history of the ill-fated Howling Village

Based on Japan’s urban legend, “Howling Village” deals with the horrific tragedies of restless souls seeking vengeance and desperately haunt the blood of their own.

Released on Feb. 7, 2020, Howling Village is a 108-minute Japanese horror film that tells the story behind one of Japan’s most haunting urban legends, “Legend of Inunaki Village” located in Fukuoka, Kyushu region.

Directed by Takashi Shimizu, the phenomenon behind “Ju-On: The Grudge” classic Japanese horror films, Howling Village depicts the harrowing story of the Inunaki Village that is believed to live outside the laws of the Japanese constitution—where one can hear howling and screaming if came close to the woods of the Inunaki Ridge.

The truth that lies beyond the water

A family with a repulsive bloodline reveals to its members an unseemingly terrifying history. Daughter Morita Kanae (Ayaka Miyoshi) sees and hears spirits that dwell among her surroundings. When she finds out her brother, Morita Yuma (Ryota Bando) has scavenged Inunaki Village alongside his girlfriend, Nishida Akina (Rinka Otani), an unfolding of sightings from the undead villagers arise.

Later on, Kanae pieces together the uncanny evidence when she figures the reason for her unwelcome visions of spirits is because the Morita family was once linked to the village’s past. As she discovers her grandfather was the cause to the abolition of the “dog-eating” town, the spirits of the villagers now haunt the kin as to avenge the joyful lives they once had in Inunaki Village.

Told in different perspectives, however, mostly on the basis of Kanae’s outlook, the Japanese film’s story reveals a deterring plot that tells themes of vengeance, feud, and conflict done by spirits to humans amongst the eerie display its story depicts.

As a motion-picture that explores not only family history and Japanese culture, it also explains a thorough look on Japan’s customs, traditions, and national camaraderie to a degree. However, the horror aspect of the film still outweighs the depth of its plot amongst the moral message it renders.

With the film’s unnerving jumpscares, explicit and gore depiction of zombie-like creatures and violent deaths, there truly lies the horrific events that transpired in Inunaki Village whose history is filled with blood shed and injustice—the dreadful killings of its people and the disgusting crossbreeding of humans to wild dogs.

Howling Village features not only the horror aspect, but it also releases utter mystery, fantasy, and family drama as multiple revelations come into the end. Encapsulating solemnity with the spine-chilling underlying theme of the film, its cinematography creates a perfect tension through short and sharp sequences of the undead souls and deafening silence.

Despite that, it’s quite different from Shimizu’s past works, it makes up for its unusual, strange themes and honest adaptation to the long-lived urban legend. Moreover, the plot itself feels overwhelming as more questions are left unanswered while the film unveils the bewildering creatures hiding inside the village.

It’s a slow burn that also builds up the narrative into jumpscares, and the final act becomes more bizarre rather than a terrifying one.

Overall, Howling Village (Inunaki Mura) is a creepy, unrealing, and eerie retelling of one of Japan’s famous urban legends—keeping everyone on the edges of their seats, but somehow lacks the certain punches that you would expect in a Takashi Shimizu made Japanese-horror film.