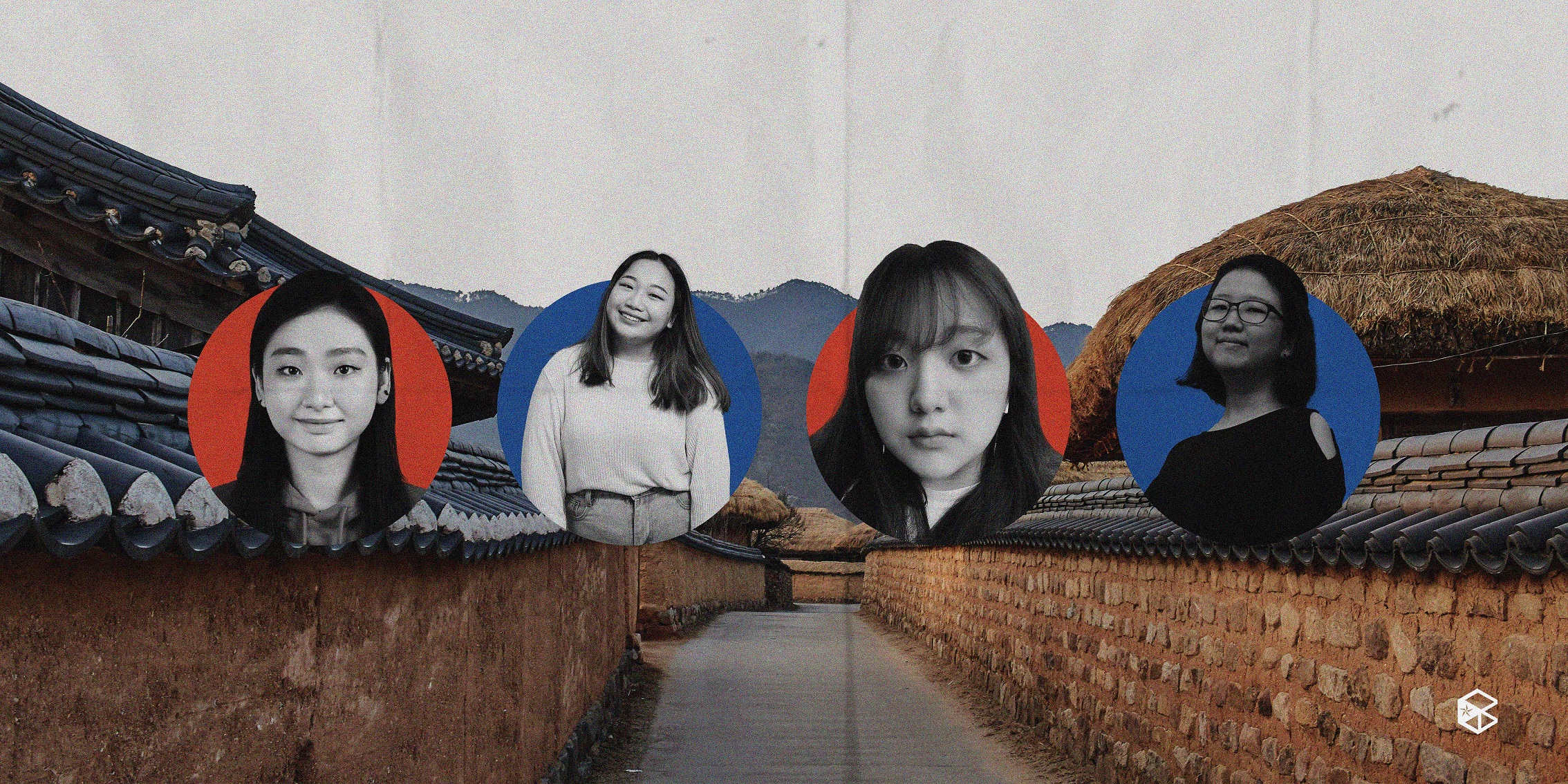 For Korean Benildeans, Korea’s National Foundation Day serves as an integral and jubilant occasion that marks the nation’s birth that borders on mythology and the beginnings of its rich history.

As annually celebrated every October 3, Koreans regard the national holiday as the day when the nation’s over 4,000 years of history officially began.

In its mythical origins, Korea’s National Foundation Day tells the story of a tiger and a bear whose desire was to become human. In order to execute this request, these animals had to call on the name of Hwan-ung, the son of a Hwanin the Lord of Heaven, and told these creatures to eat garlic and mugwort, a plant of aromatic leaves of divided dark green leaves, for 100 days, with no exposure to sun or the outdoors so as to achieve their dream of becoming human. After a period of a hundred days, the tiger had given up however, the bear transformed into a beautiful woman and was named Ungnyeo. In the same way, Hwanung turned himself from the son of a god to a person and married Ungnyeo, from there begot King Dangun Wanggeom.

As a story of sacrifice and resilience to the desires we wish in life, read into these Benildeans’ responses as they speak about the importance of Gaecheonjeol and its relations to their everyday lives. I have been staying here in the Philippines for almost 10 years now. Wherever you are, national holidays are what make Koreans.

“When I was in Korea we celebrated this holiday by putting up our national flag outside of our house. Here in the Philippines, to be honest, I often forget about this holiday since it isn’t a holiday here so most of the time, I spent it just like a normal day. But, what I do when I remember it is I post some photo cards or pictures online; sometimes [I] just read about it to give myself some spirit. I have never celebrated this day properly while I was in the Philippines, but most of the time, I was in the school’s dorm during this day.”

According to Kim, she feels ashamed of herself when she forgets the said holiday. “Gaecheonjeol is important to me because it is a day that tells me how our nation was born,” relating to birthday celebrations. And she is filled with joy “everytime I see Korean flags hung up during specific holidays.”

Meanwhile, she shared that “living [in the country] has been hard because some people expect Koreans to be like the ones in the Korean dramas,” especially how Filipinos sometimes question her physical appearance that affects her self-esteem; yet fun as well as how “the most memorable thing that I have was having fun with my friends and through it, I can tell it was never a regret of coming here in the Philippines.”

In addition, Kim explained that there are still parts of Korean history that remain unknown.

“As a student, what I do is share some knowledge about [history on Korean comfort women] because I really find this issue [including those who were victims of being comfort women across the globe] important for the world to know,” as she believes that by doing so, it will “partially helped Korea thrive as a nation.” In celebration of Gaecheonjeol, I wish we don’t just celebrate as the formation of our nation [Korea], but celebrate together and give thanks to those people who helped form the country into what it is now.

"My family in general does not celebrate national holidays," Lee expressed about Gaecheonjeol. Moving here when she was eight years old, Lee sheds light on the fact that she was simply too young to remember Gaecheonjeol in Korea. In a candid admission, she shares that while her mother tongue and her homeland's traditions have never been forgotten, spending 12 years in the Philippines has made her more familiar with Philippine culture and history at this point in time.

"Even if I was born and raised in a Korean family, I spent my time in the Philippines with my Filipino friends [learning] the history, the custom, and the values Filipinios carry. Because I know and understand both sides of the culture, I can connect these two countries together,” Lee said.

She also highlighted the value of keeping up with the political, social and economic landscape Korea finds itself in since she sees it as a duty that Korean citizens should strive to fulfill regardless of where they are in the world. "Even if we don’t celebrate national holidays here, we should remember what the holiday is about, why we celebrate it, and why it is important to us."

Upon remembering Dangun Wanggeo and the Hongik-ingan motto espoused by Lee which translates to  "Love humanity” or “To broadly benefit humanity"—she believes that Gaecheonjeol is a time to appreciate the people who devoted their lives to build and serve Korea and added that "I believe the importance of Gaecheonjeol is not really about the legend, rather it is about the form of nation, a country formed by people."

In a similar vein, Lee also points out the historical ties between Korea and the Philippines. "When in need of help, two countries helped each other and we still maintain the friendly bond. In celebration of Gaecheonjeol, I wish we don’t just celebrate as the formation of our nation [Korea], but celebrate together and give thanks to those people who helped form the country into what it is now," she concluded. In the patriotic sense, I’d like to say that Gaecheonjeol is quite a prideful day since it is the day we founded Korea and our people.

Even if Chuseok, dubbed by Kim as the “Korean Thanksgiving,” is hot on Gaecheonjeol's heels—patriotism and pride still manage to burst at the seams when the day comes on the 3rd of October each year. As a national holiday, "it can be a time wherein we stay together as a family and just enjoy each other's company," Kim said.

Meanwhile, she also shared, "Koreans probably would want to stay in and relax with family and friends while watching the celebration on television or any Korean shows seeing as they may feel homesick."

Usually in Korea, one would partake in the joviality of the festival parades or visit the temples. However, even after spending a decade in the Philippines, Kim finds these holidays are still observed in their household. While having an all out feast varying from one Korean home to another, she added, "we just eat traditional Korean food, maybe seolongtang which is a beef bone soup with noodles and rice. It's really good and we can get that in Korean restaurants here."

Kim remains rooted in her nation's culture and traditions, and muses, "I will always be considered as the fascinating foreigner that people gawk at when walking out in the street," but there’s more than what meets the eye in her case. She has adapted to the way of life in the Philippines and finds that "a much more relaxed and carefree atmosphere" has been easily adapted by her and her Korean friends overtime.

Meanwhile, according to Kim, “as advanced as Korea is, it is also a tremendously hard place to live in where people may not seem as happy as they appear,” elaborating that “money isn't everything and seeing how the Philippines demonstrates that, despite their lack of fortunes, they are still happy with themselves and their families is something really worth experiencing.”

Hence, while it may take time to truly understand and adapt to particular countries, she affirms that "the Philippines is also a really great place for Koreans to live in." Just knowing the story of how the foundation of our country was laid is enough to appreciate the holiday.

"Proud, influenced, thankful." These are what Arts Management student Ryu Ayeon describes what it is like to live in the Philippines as a Korean national. "South Korea’s culture has become much more well known than before. I am proud of how far we've come and I am thankful for the people who made the country known around the world,” she continued, citing that this fresh perspective on the reach of Korean culture inspired her to keep Korea's welfare in mind in her pursuits.

Whilst the pandemic cut her stay in the Philippines quite short, she had people ask her about Korean culture often enough and Ayeon did her best to answer to the best of her abilities. "This experience made me learn more about my country, while at the same time made me remember my identity as a Korean citizen," she said.

Hence, this Gaecheonjeol, she will be sure to celebrate it with her family. Taking note of Chuseok as well, the occasion will be more wholesome rather than grand, with a homage to their roots savored through the traditional Korean dishes to be whipped up. "Just knowing the story of how the foundation of our country was laid is enough to appreciate the holiday," she added.

Upon remembering “Dokdo is Our Island,” a highly popular song about notable Korean figures who made their marks in history, Dan-gun is among the first people who are immortalized as soon as the song begins. Ayeon sees this as a testament to the pervasive presence Gaecheonjeol enjoys amongst her people. With parting words to spare for Koreans and Filipinos alike, she says "Happy Korean Foundation Day and may you have a wonderful time with your families.”

With the increase of Koreans migrating to the Philippines, it is no doubt that we are astonished by the stories, culture, and trends set by them. From K-POP to Korean fashion and cuisine, we share interest in the customs that our Korean residents have in developing friendships with them.

On a day like Korea’s National Foundation Day, let us celebrate with our Korean friends as they commemorate Korea’s humble beginnings.