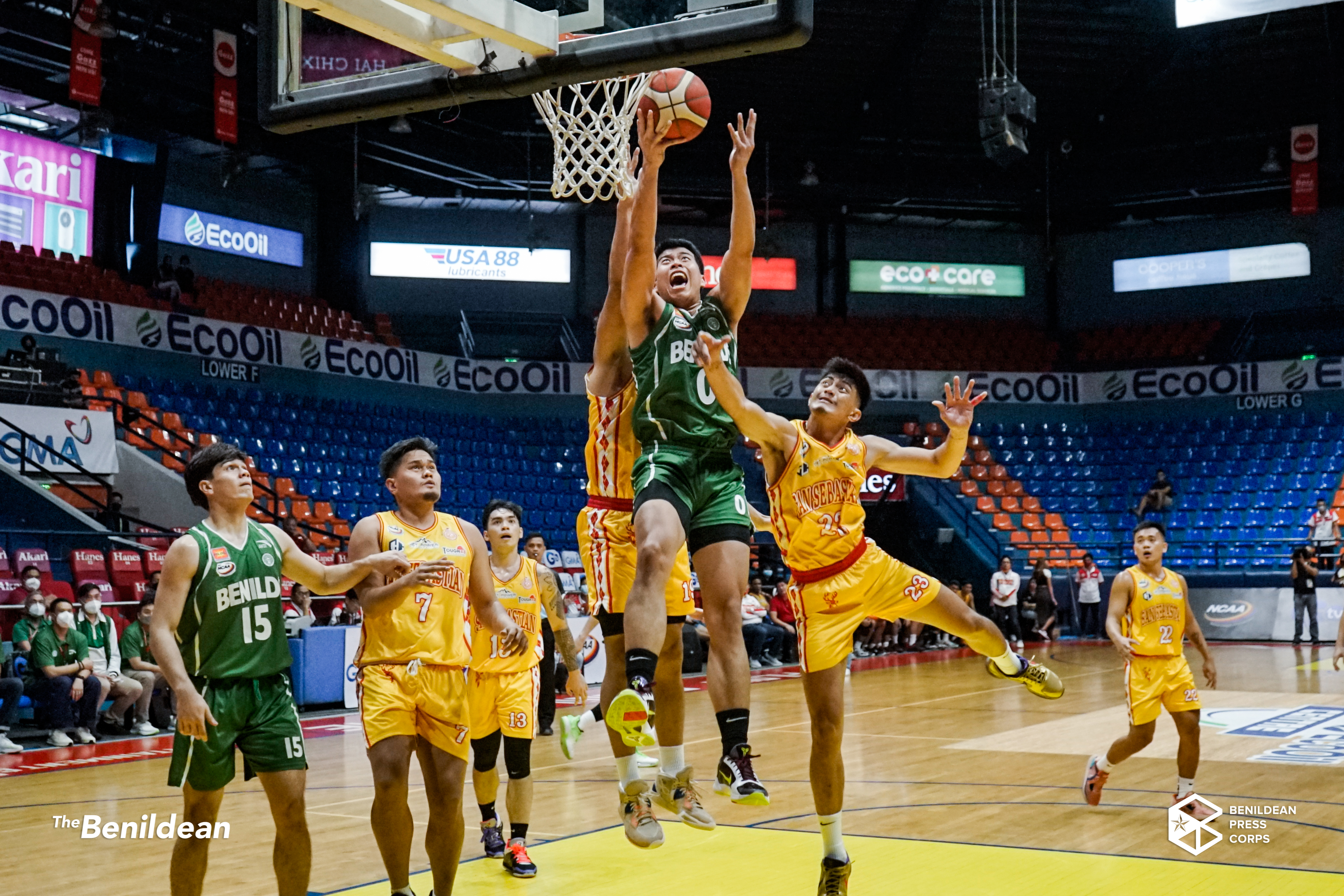 The Benilde Blazers continue to assert their dominance in #NCAASeason98 men’s basketball by claiming their second win of the season over the San Sebastian Stags, 100-94.

The Blazers got out to a fast start thanks to some early three-point shooting from team captain Jc Cullar and Miguel Corteza, leaving a gap for the San Sebastian Stags to fill in the first quarter, 28-20.

With Blazers Will Gozum and James Pasturan on deck, the Taft squad was able to keep up their effort in the second quarter, maintaining an eight-point lead and continuing on their offensive shots with a 46-38 edge.

The Blazers continued to overshadow the Stags in the third quarter as rookie Miguel Oczon displayed a perfect shooting performance from the field and free throw lines, giving the green and white squad a boost by scoring 20 of his 25 points. By the end of the third frame, the Blazers had an 81-62 advantage going into the final period of the game.

In the fourth quarter, things got heated in the final five minutes as the Stags went on a massive run, trimming their lead to just five points, 99-94. However, Benilde was able to fight off and maintain their lead to win by a score of 100-94 partially thanks to a split from the free throw line by Gozum.

Oczon led the Blazers' attack with his 25 points, four rebounds, and three assists, while Gozum contributed 23 points and three blocks to the team-winning score.

As a result of the victory, the Blazers now have a record of 2-0, while the San Sebastian Stags dropped their win-loss record to 1-1.

Despite missing Benilde's head coach Charles Tiu during today's match, assistant coach of the Blazers Paolo Layug attributed the victory to the efforts of the entire team and gave praise to the system that was developed by both Tiu and the team's previous head tactician, Ty Tang.

"They [coach Tiu and Tang] empower us coaches, us assistant coaches and coach Charles has full trust in our entire coaching staff. It’s really a collaborative effort. It was a team effort as well for the coaching staff to try and figure this game out," Asst. Coach Layug said in an interview.

The Blazers will face the University of Perpetual Help System DALTA (UPHSD) Altas on Tuesday, Sept. 20, at the same venue, with a live telecast on NCAA Philippines Facebook and Youtube page.