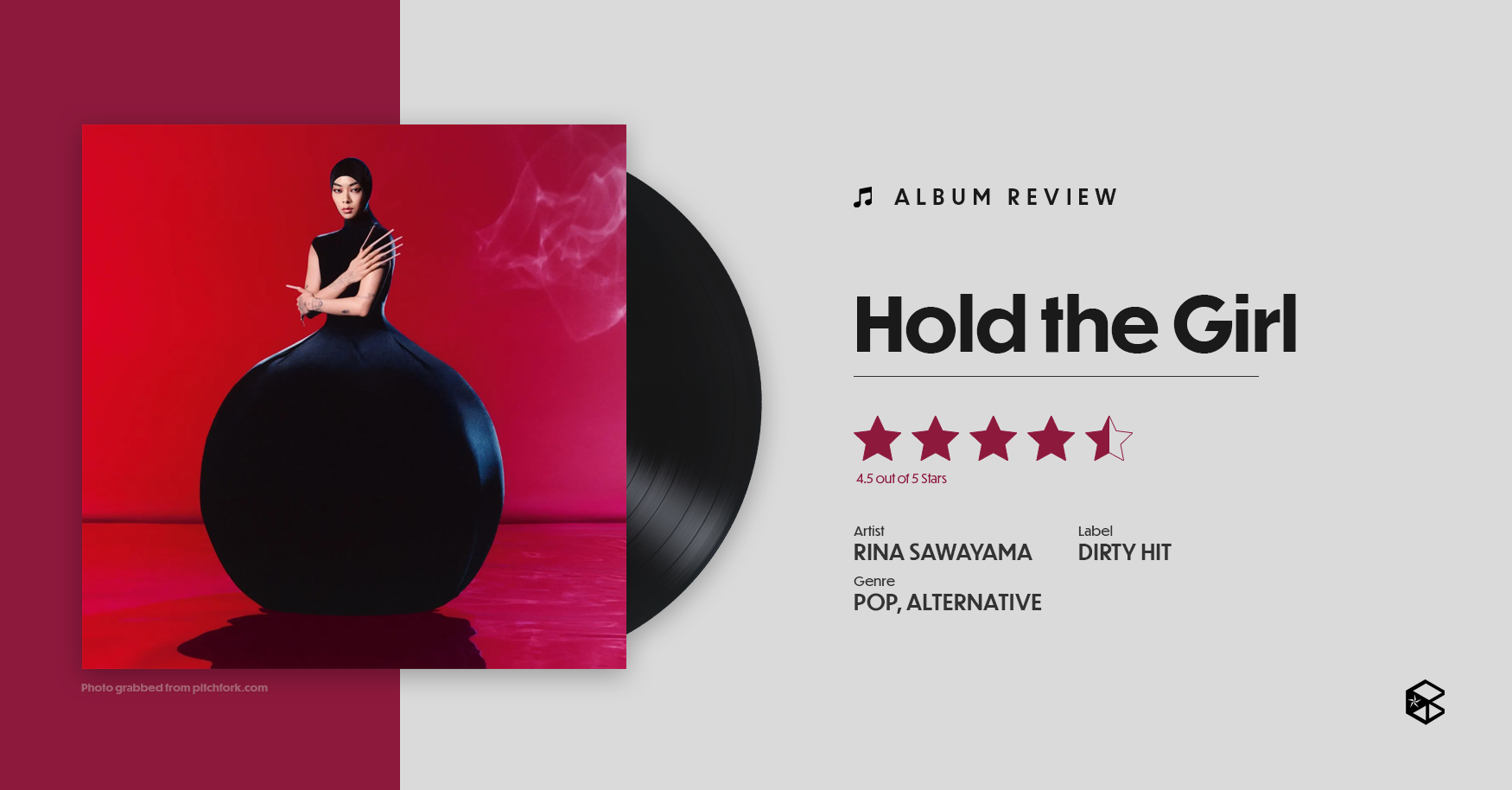 Be your own hero with Rina Sawayama's "Hold The Girl"

Rina Sawayama’s latest album is proof that past unpleasant memories can be turned into inspirational and empowering anthems.

Japanese-British singer-songwriter Rina Sawayama released her sophomore album Hold the Girl on Sept. 16 through British independent record label Dirty Hit. With an eclectic mix of genres ranging from pop and rock to trance music, the album features 13 tracks, including the pre-release single, “This Hell,” and the title track “Hold The Girl.”

Revealing a more vulnerable and empathetic side to her persona, Rina Sawayama continued to embrace her genuine and authentic self through her exceptional artistry. The album Hold the Girl reflected the trials and tribulations she encountered throughout her life—from homophobia and trauma to estranged family relationships. She described this release as a therapeutic process to “re-parent” herself and reclaim the good things she had once lost.

“During therapy, what was amazing is this idea of, now that you're an adult, you're able to see your younger self as a child slightly separate from you. It's this beautiful moment where you're able to hold your inner child and give them the love that they didn't have when you were younger,” Sawayama stated in an interview with GRAMMY.com.

Compared to her previous works, the singer planned to take it up a notch by allowing her listeners to tap into feelings of intimacy and love for one’s individuality. As a pansexual and an established pop icon, she also intended for the album to create a sense of belongingness and compassion for the queer community.

A testament to emotional freedom

Hold the Girl presented itself as an authentic representation of Sawayama’s ideals and vision as a singer and performer. Her creative lyricism is influenced by her desire to emphasize the concept of an “inner child”—expressed through a storytelling structure and the use of elementary terms such as blue skies and storms, as well as villains and heroes.

Staying true to her diverse sound, the album incorporated various genres that stray away from the generic and dated music of the past. While her previous album Sawayama, released in 2020, made use of hard-hitting Nu metal sounds and sassy Y2K Pop beats, Hold the Girl, on the other hand, infused pop punk, rock, and trance elements which contributed to its energetic and impactful appeal to her audience.

The album felt like an emotion-driven storyline that evokes feelings of acceptance, comfort, motivation, and encouragement. Starting off the tracklist is “Minor Feelings,” which delivered well in introducing the tone of the album in the form of a stripped-back and vocal-driven soundscape. The tracks “Hurricanes” and “Phantom” utilized rock sounds and powerful guitar instrumentals that intensify Sawayama’s longing wish of making peace with her past experiences.

The singer also showed her confident and daring side with “This Hell”—explicitly condemning religiously motivated attacks on LGBTQIA+ rights. Taking the form of an upbeat and bold track, the song is committed to its purpose of providing strength and power to those who are constantly being shunned due to misconstrued gender and social norms.

Integrating alternative sounds, dance pop, and trance beats, “Hold The Girl'' brought about a grand revelation of finding purpose and relief in the face of adversity. The power ballad “Send My Love to John” portrayed a scenario of a mother accepting her son’s queer identity—accompanied by acoustic instrumentals while highlighting Sawayama’s enthralling vocal prowess.

As a collective whole, the tracklist is close to outstanding, with some songs that could have been more dynamic with their musical composition. “Imagining” proved to be a potential hit; however, the instrumentals managed to outshine the vocals, especially during the outro. Meanwhile, “To Be Alive” came across to be striking at first, but slowly started to feel stale and redundant in the latter half of the song.

Sawayama has once again released an impressive album that stays true to her roots and sound as a multi-faceted artist. The 13 tracks are cohesive to one another as this illustrates the singer’s careful attention to detail and sound, including her stellar lyric composition skills.

Overall, Rina Sawayama’s Hold The Girl is an excellent representation of the importance of acknowledging and coming to terms with the past. For the singer, holding the “inner child” within herself has allowed her to appreciate the good things in life, seek joy amidst the shortcomings, and be an inspirational figure for others.

Traverse a path of empathy and love with Hold The Girl, available now on Spotify and other streaming platforms.