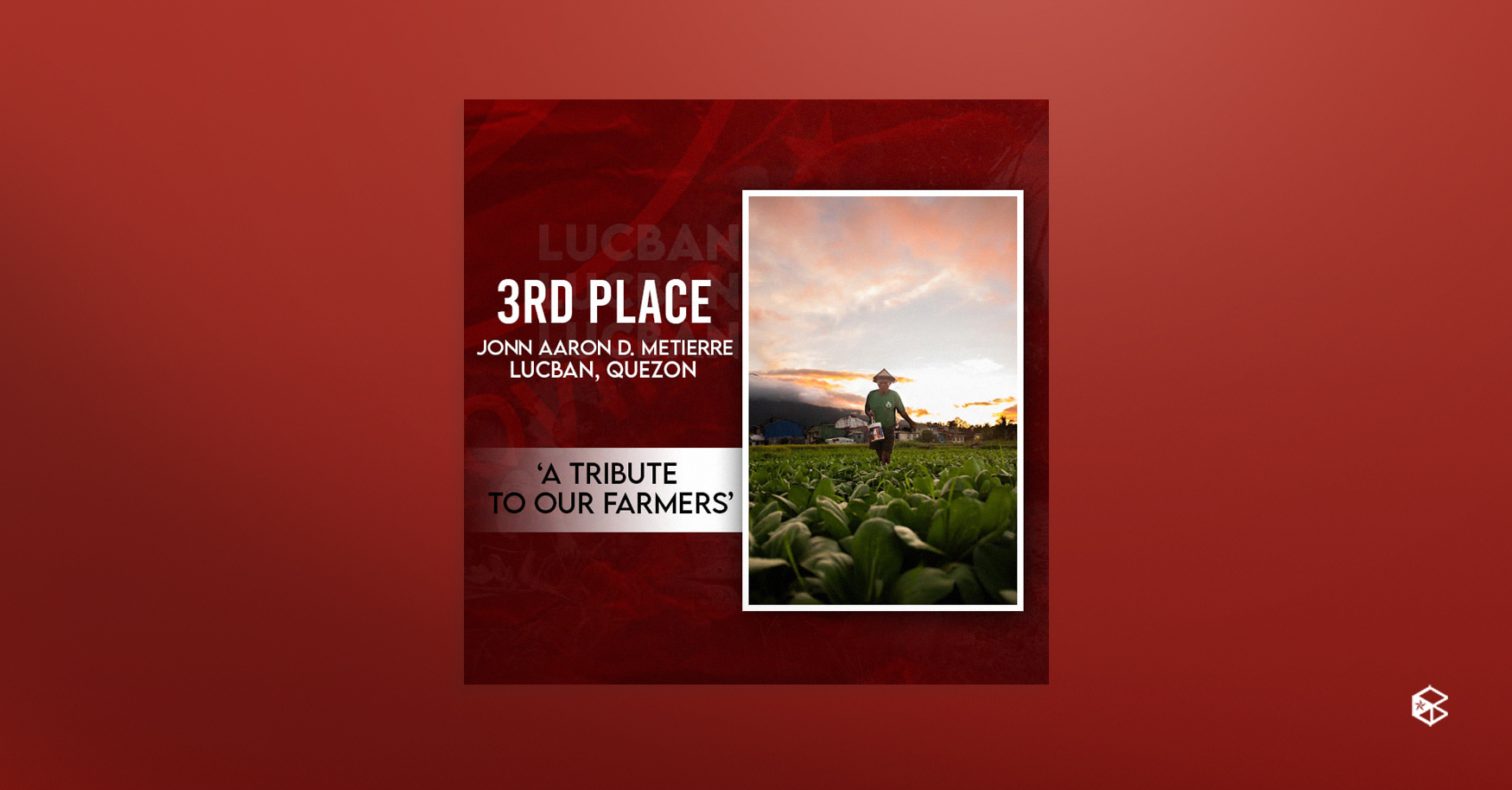 In an interview with The Benildean, Metierre shared that as he represented Lucban, Quezon, his preparation time was too short as he was invited to join the competition a few days before the deadline of the photo submissions; however, he felt grateful to be chosen to represent his municipality and grabbed the opportunity to also share his advocacy.

“I was hesitant at first because it’s a big competition as it [involved] participants from several municipalities in Quezon province. But I realized that opportunities like this rarely come, so why not join? Also, aside from sharing my work to others, I get to use the platform to give recognition to our local farmers, especially those who reside here in our province,” the 22-year-old photojournalist stated.

For Metierre, this theme means a lot as a youth and a photojournalist.

“The contest enabled me and my co-competitors to raise awareness on how the youth can be part of transforming our food systems locally and globally. As a youth and a photojournalist, one thing that came to my mind was to highlight our farmers as my subject because they are the ones who bring food to our table and yet, they’re the ones who suffer the most and struggle to survive a week or sometimes even just a day,” he highlighted, recognizing the plight of Filipino farmers.

Confined, but not constrained: Art and photo as an instrument of change

More than just contest pieces, Metierre views his photographs as a way to connect with people, especially visual learners. To him, his art is a way of communicating and spreading advocacy to people around him through creative visuals.

Through photography, he does not only express his own thoughts and emotions but also captures that of others during photowalks or when making photo projects.

“When I do photowalks, I challenge myself to capture raw emotions and decisive moments because that is when I get to learn and be better,” he said.

The young photographer also mentioned that scrolling through Instagram photos for inspiration and applying the same techniques he finds during his photowalks is one of the parts of his creative process that helps him develop his own craft and improve his vision.

When asked for his message to the aspiring photographers and photojournalists, Metierre said, “Don’t lose that hope that someday, you too can shoot safely outdoors.”

“Let’s uncover the truth by telling stories through our photographs,” he added.

The SK Provincial Federation’s Linggo ng Kabataan 2021 Photo Contest was open to Quezonian youth ages 15 to 30, which requires entries to be taken through digital cameras. The top three winners will receive cash prizes worth 5,000, 3,000, and 2,000 pesos, respectively.