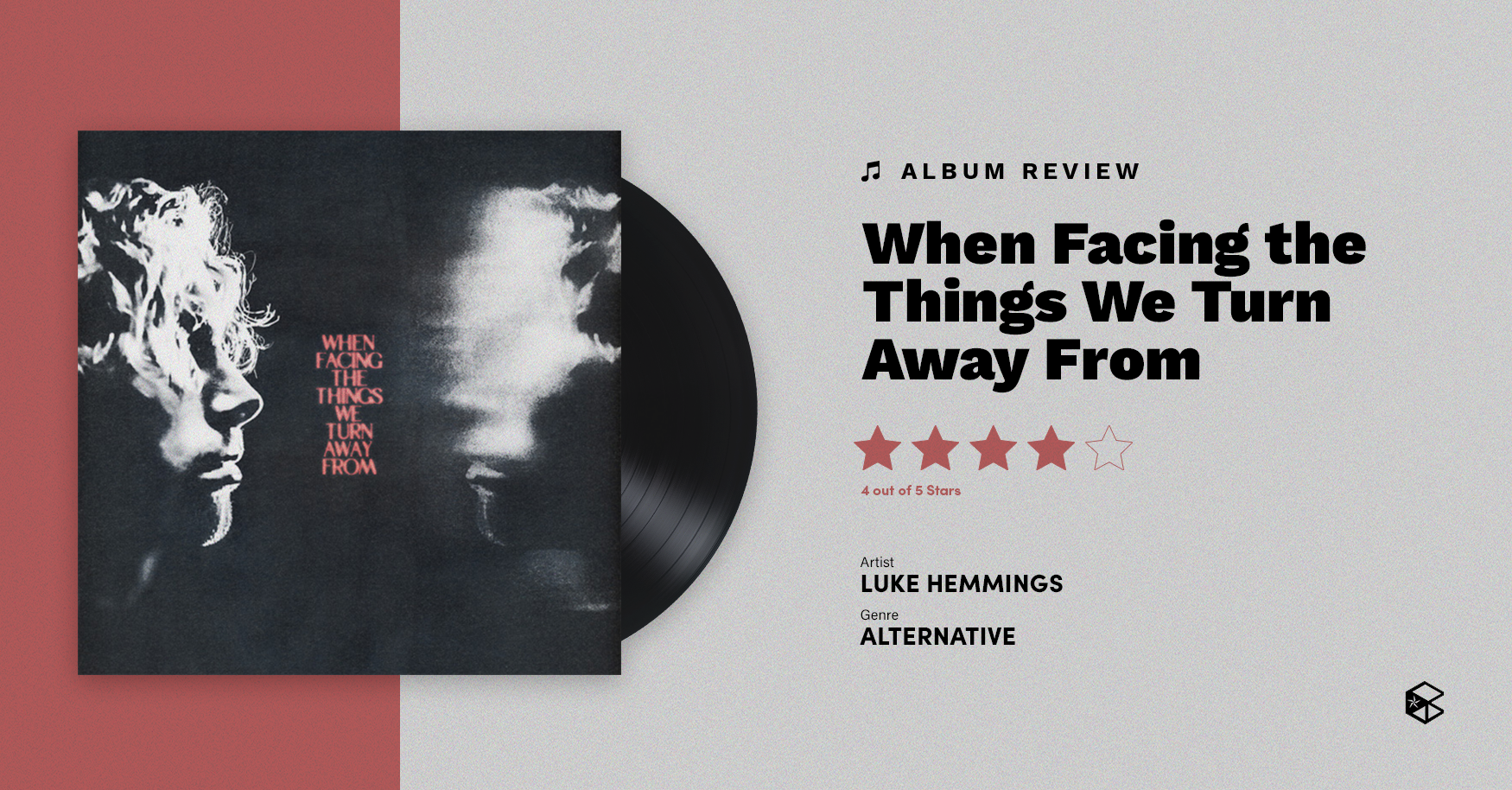 Australian singer-songwriter and 5SOS lead vocalist Luke Hemmings released his debut studio album When Facing the Things We Turn Away From last Aug. 13 through Sony Music Australia. The 12-track album features previously-released singles "Starting Line,” "Motion," and "Place in Me.”


When the pandemic struck, Hemmings’ band 5SOS was about to headline the No Shame Tour in support for their fourth studio album CALM. But like most creatives, the pandemic became an outlet for rewritten endeavours. When Facing the Things We Turn Away From is forged from a collection of Hemmings’ experience with fame, pandemic-induced contemplation, and ever-evolving feelings.

On the other hand, 5SOS is also currently working on their fifth studio album. But fret not, much like 5SOS drummer Ashton Irwin, who had released his debut album Superbloom back in October 2020, Hemmings’ solo ventures isn’t a sign of him leaving the band.

“It was like a forced moment of stillness out of nowhere. I love being in the band. It’s been a huge part of my life and I love being that person. [...] The best way I can articulate that is through writing songs, writing lyrics, and trying to figure that out,” Hemmings shared in the album’s mini-documentary.

“Everything is real now. [The album’s] something that is gonna live in its own world. It’s gonna be like a sort of sacred place I can come back to every how many years.”

The good, the bad, and everything in between

The album’s first single “Starting Line” was released last June 30, accompanied by a music video. According to Hemmings, “Starting Line” is a reflection on the past 10 years and forgetting the fragments of his life because of how fast everything has been.

The track is a perfect album opener, and the beginning of going down a rabbit hole of Hemmings’ thoughts and emotions. It starts off slow and builds up to a roaring melody that is fit for arenas, “I wake up every morning with the years ticking by. I’m missing all these memories, maybe they were never mine. I feel the walls are closing. I’m running out of time. I think I missed the gun at the starting line.”

More so, “Motion” is the feeling of being sucked in a vacuum of colorful and vivid spaces. The second single off the album was released last July 29. The track brings Hemmings back to moments of fear and wanting to leave everything behind, “All of this running in motion. Time slips by until you're lost in your mind. Who you gonna find? Who you gonna find?”

“Place In Me,” the album’s third single, talks about letting someone down, “...and was supposed to sound as if it were a voicemail on someone’s answering machine.” Right from the get-go, the verse starts, “Hold on. I never meant you any harm. Got no legs to stand on. I was just dancing in the dark. Now with my eyes wide open. It's heaven in your arms.”

A groovy and mellow tune, “Saigon” flexes Hemmings’ angelic voice that gives off a euphoric feeling. The song is inspired by a trip to Vietnam with his fiancée British-Vietnamese singer-songwriter Sierra Deaton and their mothers. As Hemmings spent most of his quarantine journey chasing his memories, he reminisces about how the trip with his beloved felt like.

“I reflected on the sad truth that sometimes we can’t appreciate the best moments of our life until they’ve passed us by and are out of reach,” he shared. The chorus goes, “We're facin' the things we turn away from. We're chasin' the way we were in Saigon.”

What can be considered as one of the album’s gems, “Baby Blue” illustrates how badly one wants to find many different ways to escape reality. Inspired by listening to artists such as George Harrison, the track’s upbeat tune resembles the fleeting moment of freedom, “I'm on my way to Wonderland. Take off my suit and wander in for a moment or stay for a lifetime.”

Overall, it’s only just the beginning for Hemmings’ solo endeavors. This is an album which is constructed out of creativity and passion from the artists and musicians that inspired Hemmings.  During the first listen, however, most of the songs may be similar in production and scope. But once you become knee-deep in the emotions and lyricism; each song stands out as their own.

The 25-year-old singer-songwriter surely has sonically evolved as a musician in the last four years from his time in 5SOS and, now, as a solo artist on the side.

Tags: Album Review, Luke Hemmings, When Facing the Things We Turn Away From
Tweets by TheBenildean
Printed from http://localhost:3000 on 28 November 2021